You are all my beautiful children.
Top

jaycub wrote:Fanart for that scene. I couldn't get my drawing to show up on the board even after making the file super small. Rats. So here is a link: So much amazing art in this thread makes my makes what I am about to post look rather bland while I posted these on twitter earlier I am getting around to placing them here as well. I went ahead and posted one of these in the Top 5 of Death thread but am putting a copy here as well. The other is more of an attempt at the Cast of Thrones Logo its not great but its the best out of several attempts so I am calling it good.

So I think at this point I have officially done a plate for each Podcast Stream other than Random Encounters. I am working on one but it still hasn't turned out well so until then it remains the only one I haven't done.
Top

I've spent the last few days trying to map the (new and extended) world of Drunks & Dragons. What I've got is supes un official. And it's unlikely to be at all accurate to what Thrifty has in mind. But we've had a bunch of new geography mentioned lately and the new stuff's gotta go somewhere, right?

Anyway the point is that this is a work in progress. I only drew the towns and important locations that I remember, with a little help from the wiki.

But I'm pretty sure there's a lot that was left out, a lot forgotten, and a lot in the wrong place.

So, would you help make this thing more accurate? It can be edited and changed around but fixing it requires a more detailed knowledge of the setting, which is where I hope y'all can help. I love the influx of Jaeludra art <3 Keep it coming friends y'all are so talented!
Top

This is seriously so amazing! I love and appreciate the art so much!!!
Top JamesKPolkerface wrote:So, would you help make this thing more accurate? It can be edited and changed around but fixing it requires a more detailed knowledge of the setting, which is where I hope y'all can help.

I like the map detail, it looks pretty cool.

Here is my two cents, but I may be wrong but just want to get the ball rolling.

I always pictured Mastwick south of Caer, and that the crew traveled east to get there from the holdfast.
Also where are the islands where they picked up buckey and got the whip of binding.
I think in the most recent episode (councel of eight) Thrifty mentioned where many of the new plot points are located generally so that may be worth a relisten to.

Good luck can't wait to see where this goes.
Top

Mastwick and Caer are in the correct places.

Bucky and the Whip of Binding were picked up on the Lost Island, which moves around and so cannot appear on the map.

Thanks, DoubleT and StephOKingston!

Of course StephOKingston is, as always, right.

There were a few official/semi-official maps way back in the day, I think from Episode 24?
Here they are: 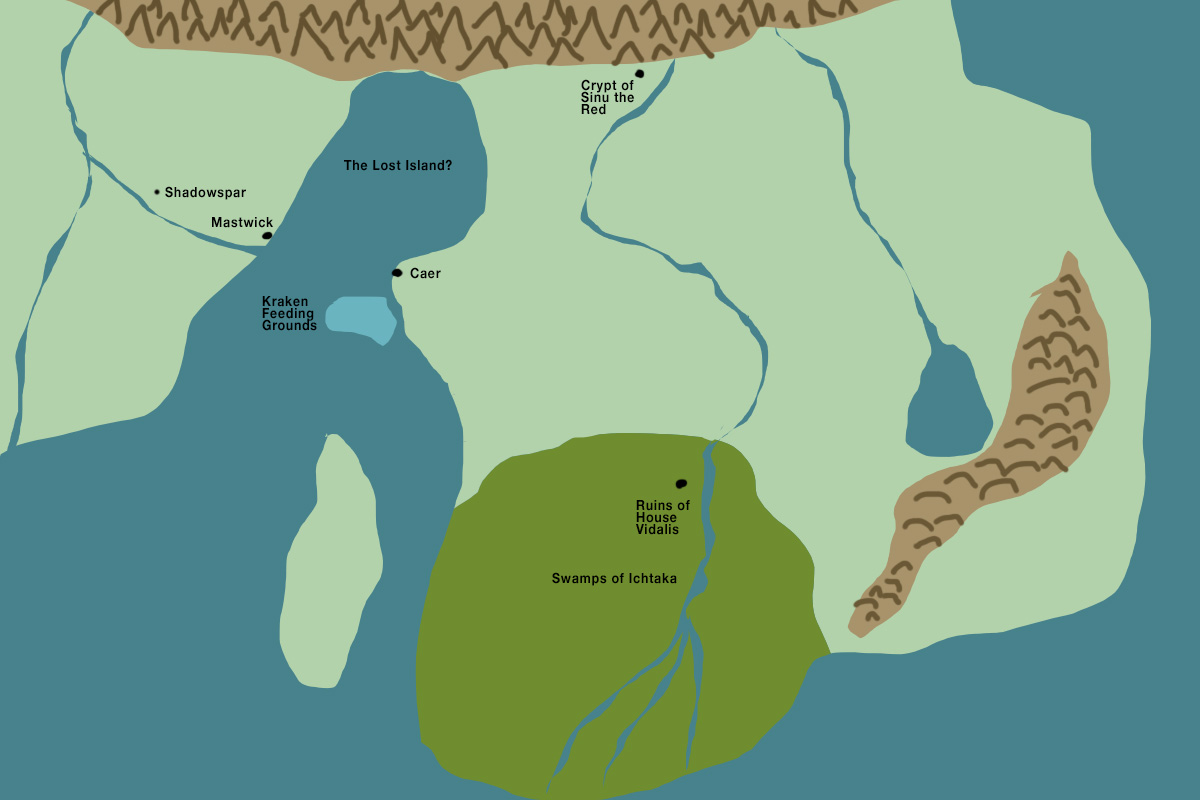 But--DoubleT-- you were totes right that I should add the speculative location of the Lost Island, and I'm working my way back through the previous two episodes, as per your suggestion. The current fixes are all in the latest version, including D&D-ified names of the oft mentioned Free Cities of Sandusky and Arkansas. Hopefully it is true to the plot, Thrifty's vision, and a poorly remembered understanding of geological principles.

I won't post a picture of the latest version here because the map's been fixed at least twice so far and I don't want to clog this thread with small map updates. I'm sure this is already too much. Instead, here's a link to this map's post on the Drunks and Dragons subreddit. The reddit post can be edited, so it has the current fixed up version and will have the future ones too.
http://www.reddit.com/r/dndpodcast/comments/2d05s0/help_mapping_drunkeros/
Top

I was playing with my fancy Galaxy Note and while I was at work (shh...) I quickly drew up Footpad Calor! 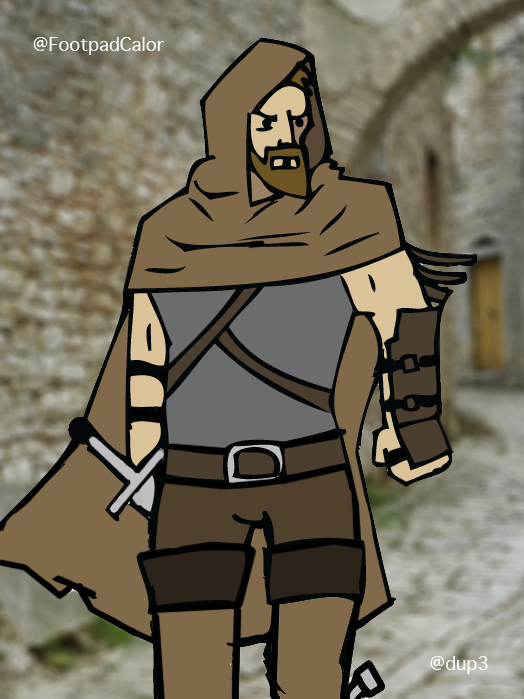