Have you ever been playing a game and thought it would be great to destroy the surrounding buildings or set fire to an entire town? Thanks to the folks over at Spiderling Studios you can do just that. Besiege – a physics-based building game in which you construct medieval machines to destroy immense castle or to mow down approaching armies.

Upon seeing this indie title in the steam store I was instantly captivated by the simplistic backgrounds and the wonderfully rendered scenery. After a few minutes researching and looking at a combination of screenshots and videos I thought this was going to be a definite time thief and boy was I right. 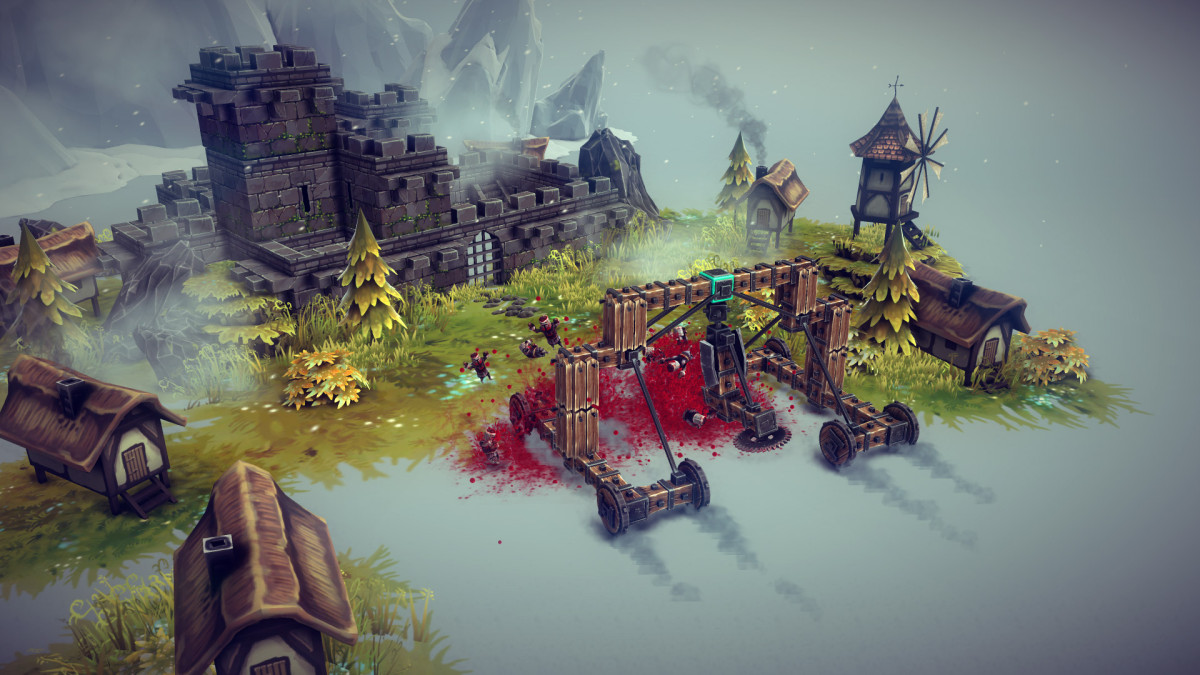 With this being an early access title there are only a few levels accessible to the player. There is, however, a sandbox mode where you can do whatever you wish. In the main levels of the game you are given objectives such as destroy a certain percentage of structures or enemies, but besides that you are given free range of how you build. Granted, you can only build in a small box, but you can disable it for a more open build that, sadly, doesn’t let you complete the level.

As you advance, the levels get progressively harder. At one point I needed to construct a catapult in order to destroy a castle. Now I don’t know about any of you but I’ve never had to make a working catapult before, I had to look to my good friend Google for assistance. After many failed attempts, I managed to make something that could throw a bomb a good distance and used this build a few more times later. There were a handful of instances that I would create a really interesting vehicle or contraption only to have to fix a mistake or start from scratch after a crippling failure to complete the objective. 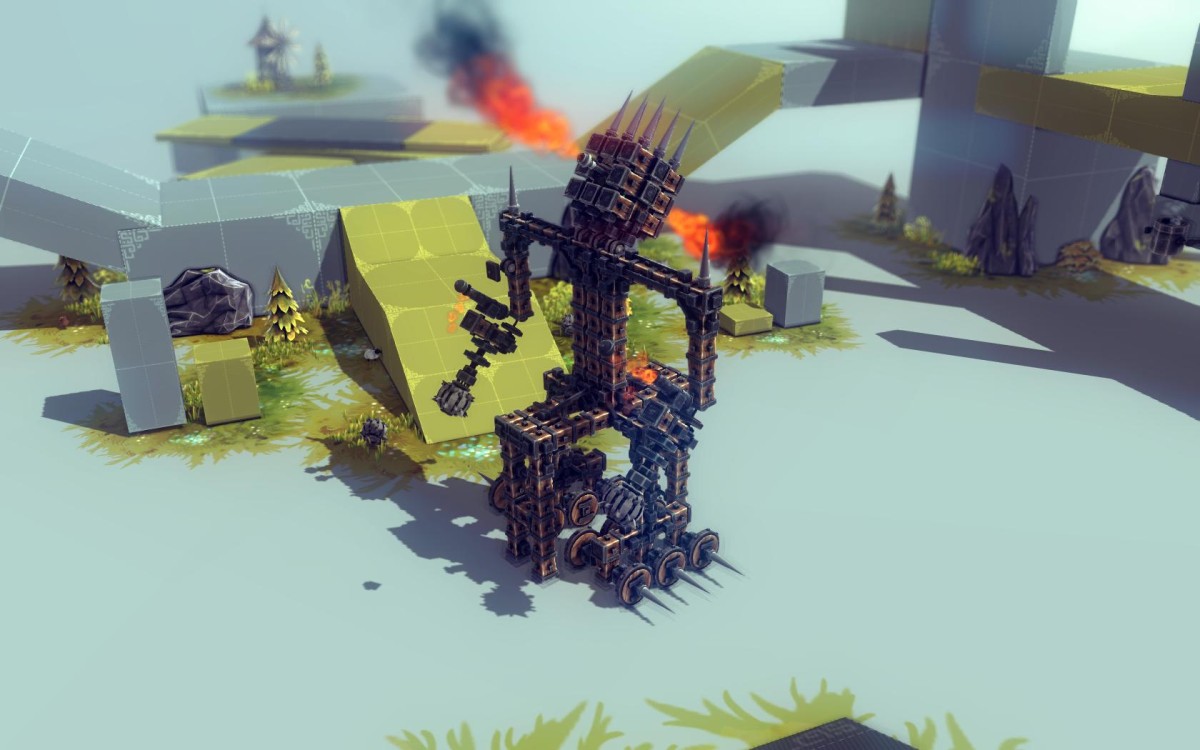 If there is one thing I have learned from Besiege, it’s that I am not the best medieval engineer and it’s probably for that best that I didn’t take this as a career path. But hot damn, is it fun to make a big wooden looking robot man covered in cannons and blast him backwards. Besiege is available right now on Steam Early Access for a whopping $6.99.

Are you planning on picking up Besiege and waging war with me? Let us know in the comments below.