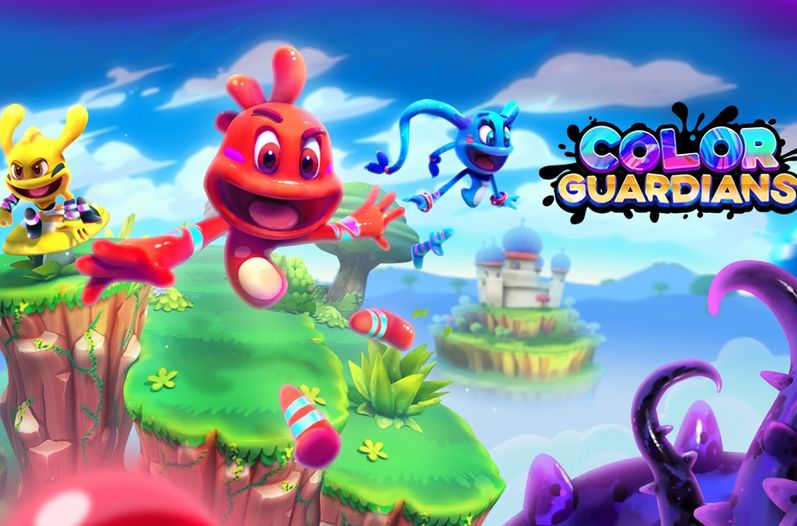 Color Guardians is a 3-D side scrolling ‘runner’ type game developed by Fair Play Labs where you control one of the three main characters as they try to restore peace and color back into the world. Caution: Do not be fooled by it’s childlike exterior. Underneath all the bright colors and smiles is a game that demands precision and can be quite a bit of challenging fun.

If you aren’t familiar with the ‘runner’ type game, let me explain it to you. Your character is always in motion and in the case of Color Guardians, you are always moving from left to right. There are three lanes you can occupy while running. These lanes will be beset by obstacles to avoid and items to collect. The twist that Color Guardians throws in is that all the collectibles correspond with a particular color you can change into on the fly.

This is where the challenge of this game comes in. While you are not penalized for  mismatching your color with that of the orb you are trying to pick up, there are many color based obstacles that will end your run if you don’t switch quick enough or aren’t paying attention. This difficulty is something that isn’t really ramped up to all that well. I found myself dying quite a bit in just the second stage of the first world. And it doesn’t stop getting harder! New items and obstacles keep getting introduced and it continues to add challenge to the overall game. 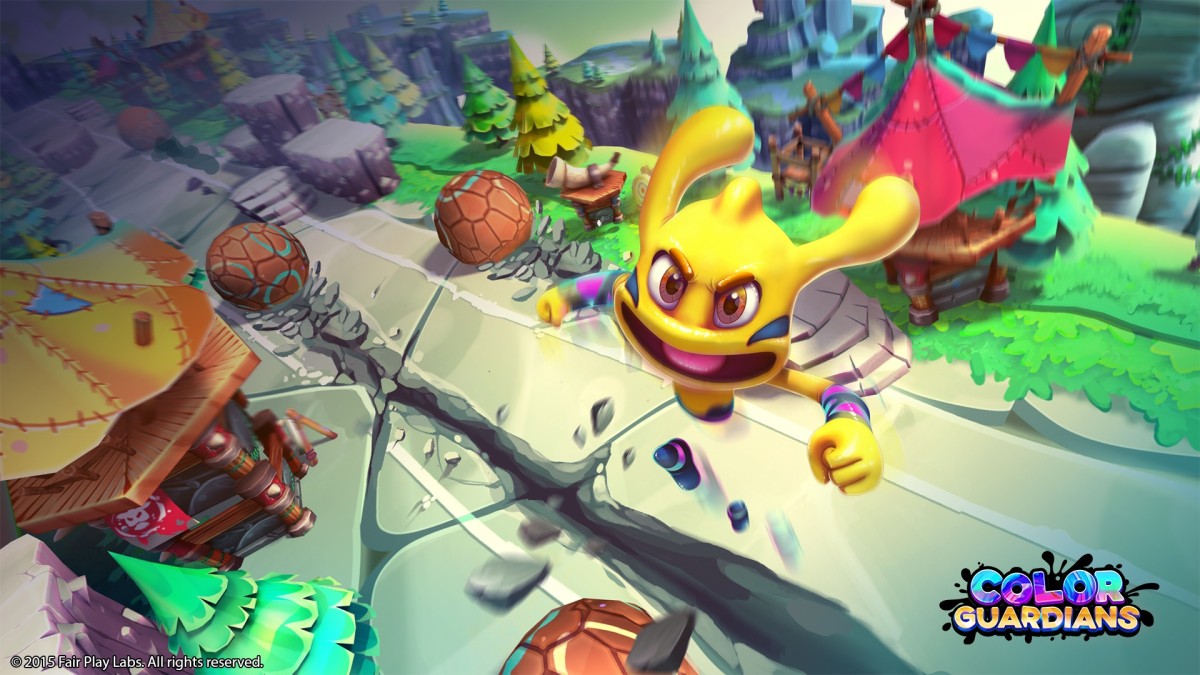 I hope they make a ‘Prepare to Die’ edition

The art style and music are good. As you can see from the picture above, it’s very much in the vain of a young kids cartoon show and that vibe meshes well throughout the game. The story is almost non-existent, but it’s really just there to flavor the gameplay so it does its job well. Something that this game absolutely nails though is the loading times. With these skill based games where death is a common occurrence, it can be such a pain to even have to wait through 3 seconds of loading. That is not the case with Color Guardians. Every time I screwed up, it was a super quick reset back to my checkpoint and off I went.

In terms of replay value, there are lots of unlockables in the vein of concept art and behind the scenes stuff. The major draw though (besides those sweet trophies) is the leaderboard functionality. It works just like you think, in that it tracks your score on a particular stage and compares it to the worldwide high scores. I wish I could just narrow it down to just comparing my score to just my friends, but as I was playing a pre-release version of the game, I might simply might not have had access to it.

This game also features a cross save functionality between the Vita and PS4. At the time of this writing, I was not able to play the Vita version but the cross save feature is very straight forward as it has to be done manually, it seems. This might have changed by the time the final product releases, but I actually prefer a manual cross save. You screw that up once and all of a sudden your Vita game that you haven’t gotten all that far in overwrites your completed PS4 file.

Overall, Color Guardians is a very challenging and fun game. The difficulty can be pretty steep, especially to younger kids who would be attracted to the game’s art style, but it isn’t insurmountable. If you are looking for a fun distraction with some original twists on a known formula, then Color Guardians just might be for you.