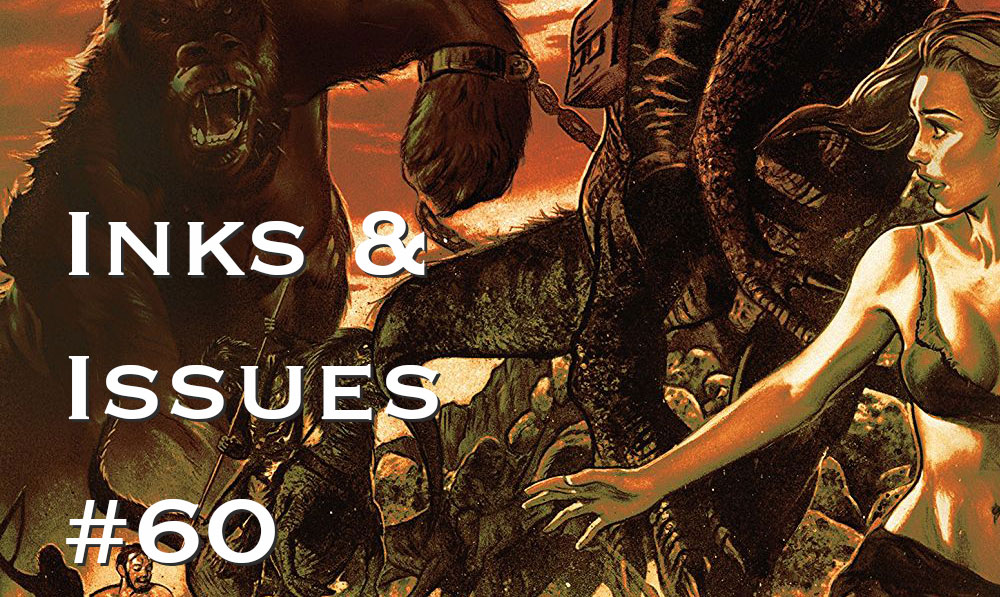 As you know, we here at Inks & Issues love a good crossover. When we heard Planet of the Apes was crossing over with King Kong, It was as if the fates had aligned and all the things that Jonah loves that he has thrust upon his friend and co-host Kieran came together to form a perfect union of primate themed goodness.

Kong on the Planet of the Apes dares to ask what we were all thinking but were too afraid to; What happens when a giant ape is found on a planet where apes evolved from man?! You get a lot of philosophical debate on the nature of life, science, and religion. Also weird hairy raptors that the army wants to tame for use in war, which I’m sure will go just fine.

Now that the trade paperback is out, you can read along at home with ease and let us know your thoughts in the comments!