Image from Wizards of the Coast

The newest supplement book for Dungeons and Dragons 5th edition is out, and like Volothamp Geddarm, I have spent the intervening time pouring over the book trying to get the most out of it. Now, I bring some of that knowledge to you!!

Written as a research field guide to some of the more famous monsters in Forgotten Realms, Volo’s Guide delves into the lore and behavior around the most fearsome creatures Dungeons & Dragons has to offer. It also includes tips for how DMs should roleplay to bring the monsters to life for their players.

The guide is broken up into three major sections: monster lore, player character races, and bestiary. Each section is jam packed with content that players, DMs, or anyone interested in the lore and setting of Forgotten Realms will enjoy.

In what is my favorite section of Volo’s Guide, the lore section provides a lot of information about some of the most iconic monsters in the Dungeons & Dragons setting. The book covers expanded lore on Beholders, Mindflayers, Giants, Gnolls, Yuan-Ti, Orcs, Kobolds, Hags, and Goblinoids. Each section includes information about the society, personalities, and other physical characteristics. Each monster section includes a map of what the typical dwelling would look like. 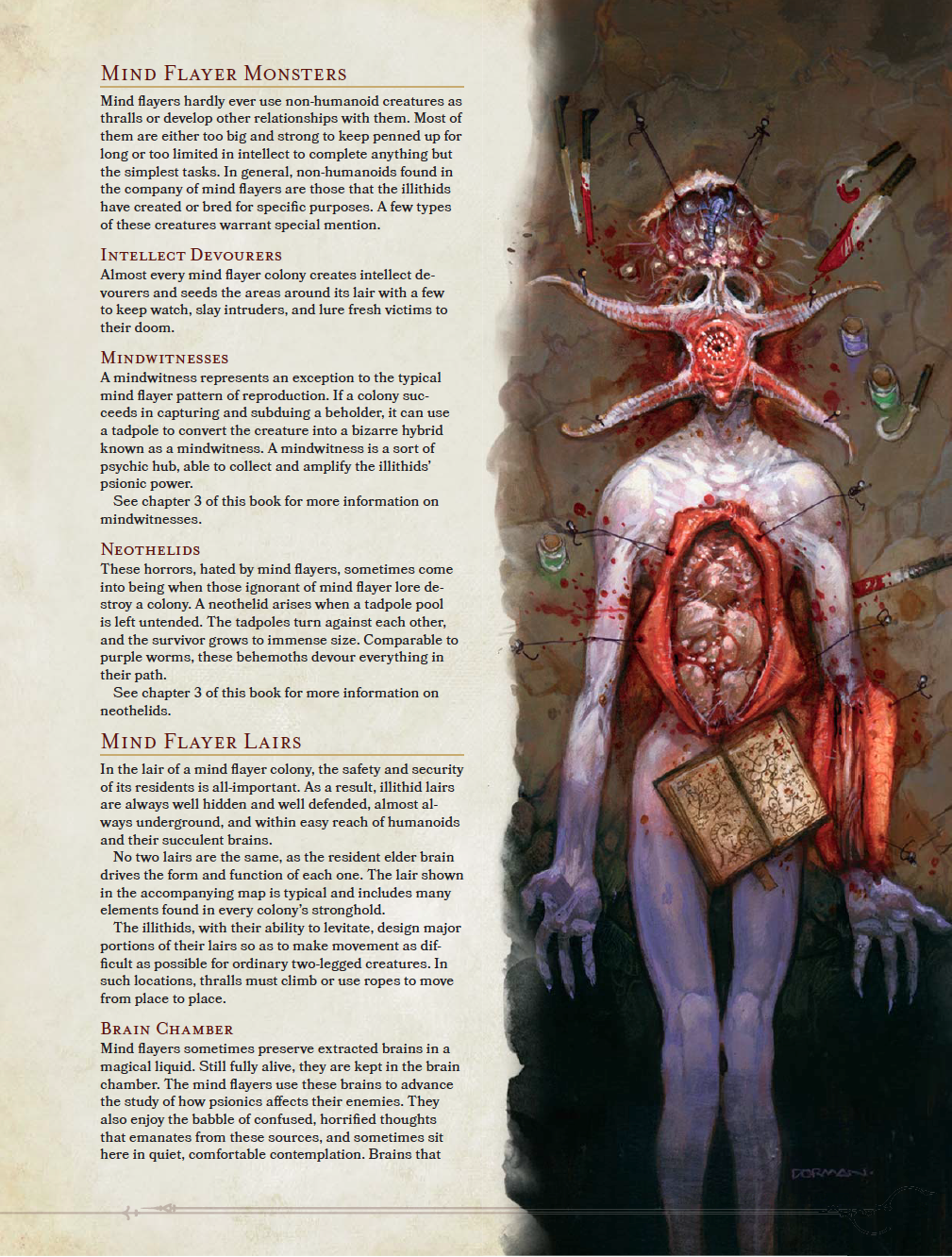 Anatomy of an Illithid

Along with expanding the lore of some of the game’s most infamous monsters, Volo’s Guide provides rules sets for an expanded list of player character races. If you or your players want to play as some of the more monstrous races, now you can. Wizards of the Coast has added updated rules for 5e versions of Bugbears, Orcs, Yuan-Ti, Goblins, Hobgoblins, and Kobolds. These races are all pretty straight forward, and work how you would expect them to, based on the various monster information in the monster manual.

The real fun stuff is in the other new races. I plan to go into detail on each new race, but from what I’ve played as and with, the cat folk “Tabaxi” are great choices for a rogue or a dexterity based fighter, while the three types of Aasimar (Protection, Scourge, and Fallen) provide a wide assortment of choices from the obvious Paladin to a formidable Gunslinger fighter. Also worth mentioning are the “Firbolgs”. These creatures, based out of Celtic mythology, are the only player race in 5e to have a +2 bonus to wisdom, which makes them a great choice for Clerics or Druids, or a fun Barbarian, if that’s more your speed. 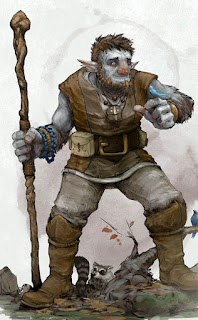 Like a Firbolg – Touched for the very first time.

Last, but certainly not least, Volo’s Guide contains additional monsters, well over 100, that DMs can use throughout their adventure. The bestiary section not only adds new monsters to 5e, but it adds new variations on existing 5e monsters like the Hobgoblin Iron Shadow, which is what you get if a Hobgoblin were to devote itself to the study of martial arts and follow the way of the monk.

This is one monk I would NOT want to mess with. . .

And, with that, our look at Volo’s Guide comes to an end. This supplement is a great resource that is a valuable addition to the 5e rules set.

Volo’s Guide to Monsters is now available in stores.