Blizzard is a powerhouse company that creates great PC games that really pull the player in and keep them hooked. Their upcoming title, Overwatch, is definitely no different.  At PAX East this year, Blizzard had an amazing booth set up to allow fans of their games (and just games in general) to get their hands on the keyboard and into the game.

In Overwatch, each player is on one of two teams that is either defending or assaulting a specific area. Each team works together with the other members to highlight their specific character abilities. The game and set up was pretty straight forward.  There was one playable map at the PAX booth, but I assume in the final game there will have multiple maps to chose.

The part of the game that I really enjoyed was the variety of characters from which the player can choose. There are 14 total characters revealed so far and we had them all available to try. I started with Reaper, who looks like Death, duel wields pistols, and is able to self-heal from opponent’s deaths.  Every time I died I opted to play as a new character (spoiler alert, I died a lot). Overall I ended up trying out 5 different heroes. Each had varying team roles: tank, healer, support, and ranged. The characters all seemed balanced and had very fun and different “specials” that really highlighted their expected role in the game.  Out of the ones I played, I have to say that McCree, a sharp-shooting “Western” bounty hunter, was my absolute favourite. It might have been that I had died so many times and was finally getting a handle on the controls, but his specials and just general fighting type were quick, agile, and provided both ranged and close up combat. 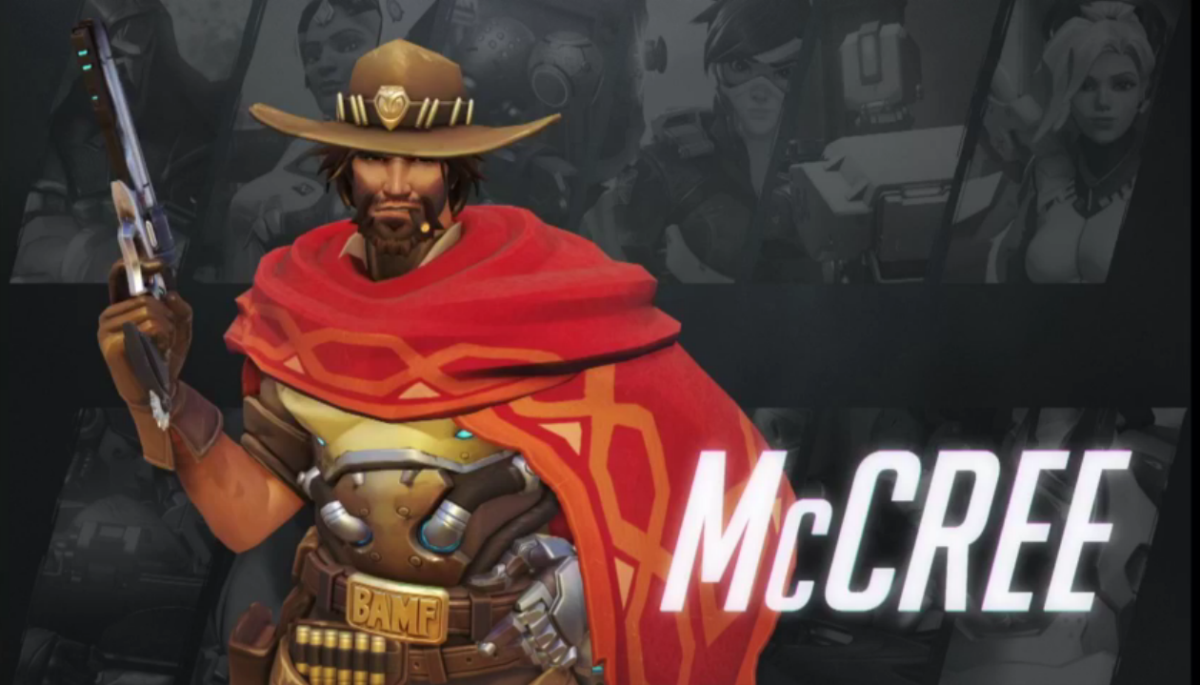 My man McCree…also his belt-buckle pretty much sums his in game abilities.

All in all, Overwatch was a really fun and amazing game. Granted, I was not the best player on the team, but I still had a blast and am definitely planning on picking this up when it comes out. The slated release date is 2016 (no specific month yet) and there is still time to sign up for beta testing. For being a year from commercial release, the demo at PAX East seemed very refined and there were no major bugs or issues I encountered. Until it releases though, check out the trailer to get a feel of the heroes and start building the anticipation.