The Indie presence was in full-force at PaxEast 2016 this year and with the Megabooth set in the dead center of the convention, it was an imposing figure on the show floor. I spent a great deal of time travelling through setups and have boiled down the Indie games that got my blood pumping. 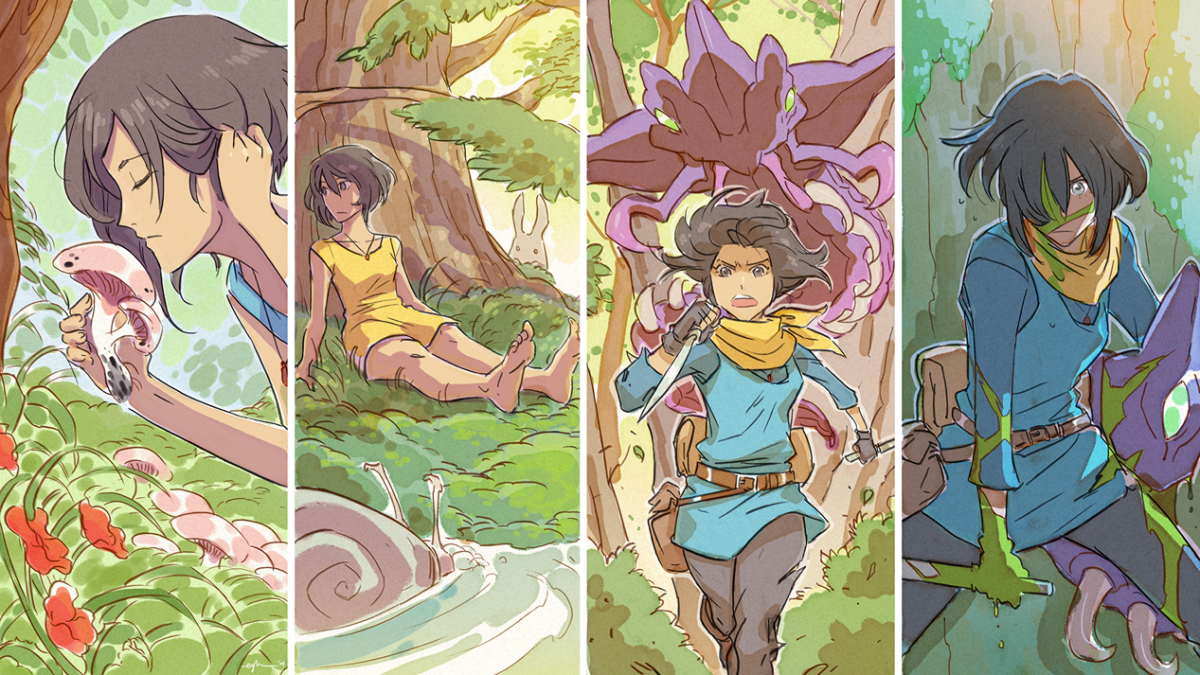 This one was on my anticipatory PAX game-list and, turns out, it was there for a very good reason. Battle Chef Brigade is, in the best summation I can muster, a cross between Ironchef/Bubble-Bobble/Muramasa: The Demon Blade. And it was fun as HECK. You take on the role of Mina, a young Chef preparing herself for her first foray into the culinary battlegrounds. Right away, I was awed by the hand-drawn animation and detailed character design of BCB and was what had interested me in the first place. Knowing the amount of dedication it takes to produce something so seamless as far as frames-per-second goes, they clearly put a lot of effort into achieving Ghibli-esque movement. I am self admittedly a Match 3 addict and was very pleased when I discovered that the cooking elements of the game are essentially just that. Each ingredient that you use to prepare your dish is color-coded in a distinct way. When you add that element into a pot, it drops orbs into a match three game, so the only way to successfully create your dish is to be picky about your ingredients to ensure you can make your matches. Each successful match upgrades the orbs to ones that score more with the judges, so the key is to get as many as one color as possible and combining the upgraded orbs as they are created.

In the battle portion, you run out into the wild and hunt down monsters that will give you the ingredients you need to make your match, so it’s important to remember which monster gives you what. During the demo I hunted down a dragon and used its parts together to create a dish that gave me the edge over the computer opponent I was challenging, some kind of Dragon ramen. 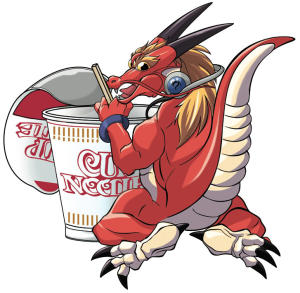 This game fulfilled so many elements of what I enjoy most about games: incredible design, collection mechanics, and sweet Candy Crush puzzles. I couldn’t be more excited about the official release of this game sometime in 2016, so expect a full-review once it’s available on Steam. 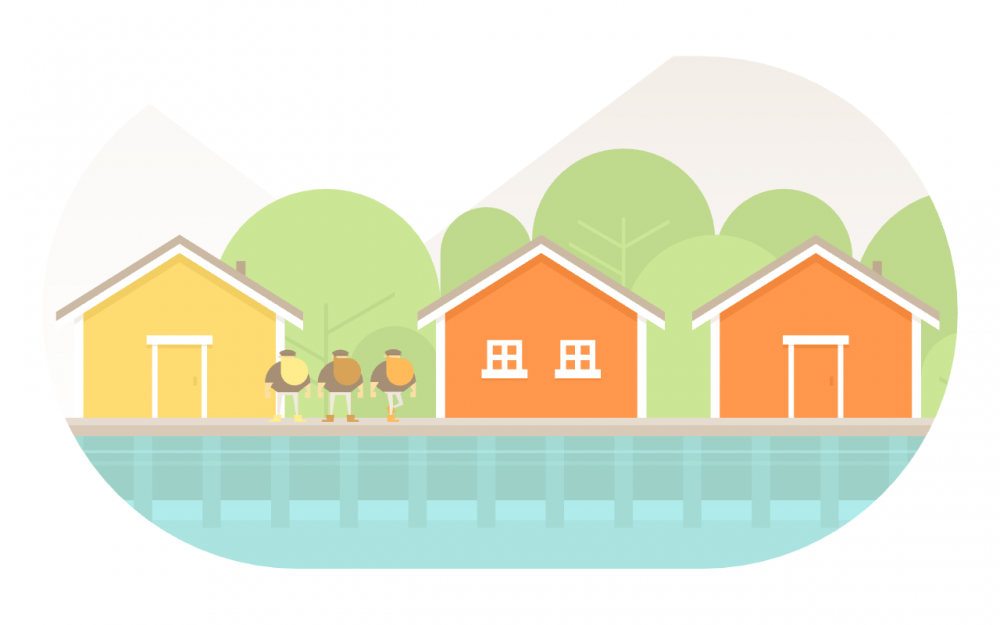 The PAX convention floor is a cacophony of ambient sound, to the point where this media pass was ready to cocoon herself in a ball of introverted-induced coma and then I stepped into this game. It was quiet. It was simple, but simple in the way that really good gnocchi is: comforting and soul-nourishing. The art was boiled down into a lovely set of shapes and the three main characters essentially the same sprite save for the array of colored beards. I had found a restful mirage in amidst a sea of alluring, flashing lights.

And that was just the line-up for Overwatch

Basically, Burly Men at Sea was more of a story then a game. The mechanics (from the demo that I played) involved dragging my cursor from side to side to reveal new parts of the play area I was in, which led to interaction with some sleepy townsfolk that tried (maybe not hard) to direct me to someone that may know about the map I found while fishing. ‘The Brothers Beard’, as they are affectionately known, are led in a direction which gets them Ahab-like eaten by a passing whale. From there they must negotiate with some round-talking naiads living in the whale’s mouth until they are forcefully ejected via blow-hole. Everything was just so… quiet, which was exactly what I needed.

Brain & Brain gifts the player a minimalistic, alchemical tonic to a busy-mind – one this writer will use liberally to combat city-living. 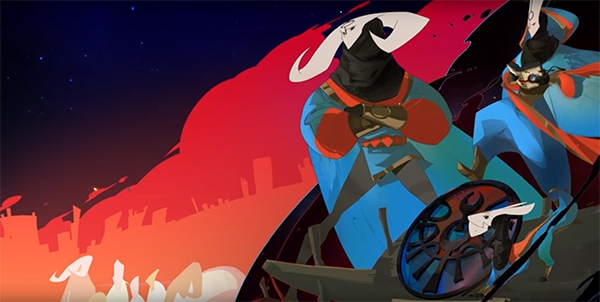 SuperGiant’s newest release was probably my most surprising pick as a Con favorite, with the curious decision to make a sports game over their RPG standard. This immediately had me turning my nose towards the sky but I’ve trusted them enough with Bastion and Transistor, so I decided to make an appointment and give it a go. The reason it’s on this list is that it’s so much more than a sports game: lush graphic styles, mind melting sound design, and character development that gives just enough to leave me begging for the measly scraps they throw at my feet. 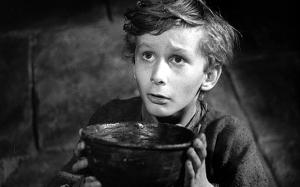 Please sir, I want some more.

It’s hard to describe exactly what is going on with the game narratively, but here is what the demo gives us: you’ve been thrown out of society, left for dead in the barren wastes of a cracked-earth desert and are found by a Caravan of other outcasts. Travelling with them, it’s discovered that you are able to read, a skill highly coveted by these wanderers because it means you can read the book of Rites. Participating in these rites is like a three-on-three game of basketball but, instead of shooting a sweet lay-up, you THROW YOURSELF INTO A FIRE. While this seems horrifying, the participants are salivating for it so I guess… all is well? The more bodies you burn, the higher your score, I failed my first attempt during the demo though so I have no idea what reward you get for trouncing the team you’re up against. I’d like to think my reward is an all-you-can-eat sushi dinner, but the more likely scenario is pieces to the puzzle that is you and your travelling companions’ lives and the meaning of the Rites themselves.

I will readily admit that the sound design is a huge reason I liked this game as much as I did, even with the teams of Con-goers creating a din in the background. The score to Transistor is my go-to soundtrack for creative writing (given weight by the fact I have it on as I pen this), so the fact that Darren Korb took this project on as well made it a winner from the starting gate.

Unfortunately we’re going to have to wait for my information on the game in the upcoming year as its release isn’t set until 2017. Until then, excuse me while I sigh dreamily at their concept.

I didn’t get to play some of the games I was really looking forward to because the lines they created were just too long. Luckily, E3 is just around the corner, so expect to see the demos and sneak-peeks spring up like so many tulips are in the barren north!

Until the next new game, Carly out!