One of the best parts of going to PAX is seeing games in their early alpha states. They are so full of promise and interesting challenges you can’t help but be filled with excitement. I got the chance to see several games in various states on the show floor but one of the more interesting ones I saw was Rend. I am not going to lie, we see so many open world survival games it takes a lot to keep my attention. But after chatting with the developers Rend is definitely on my radar. 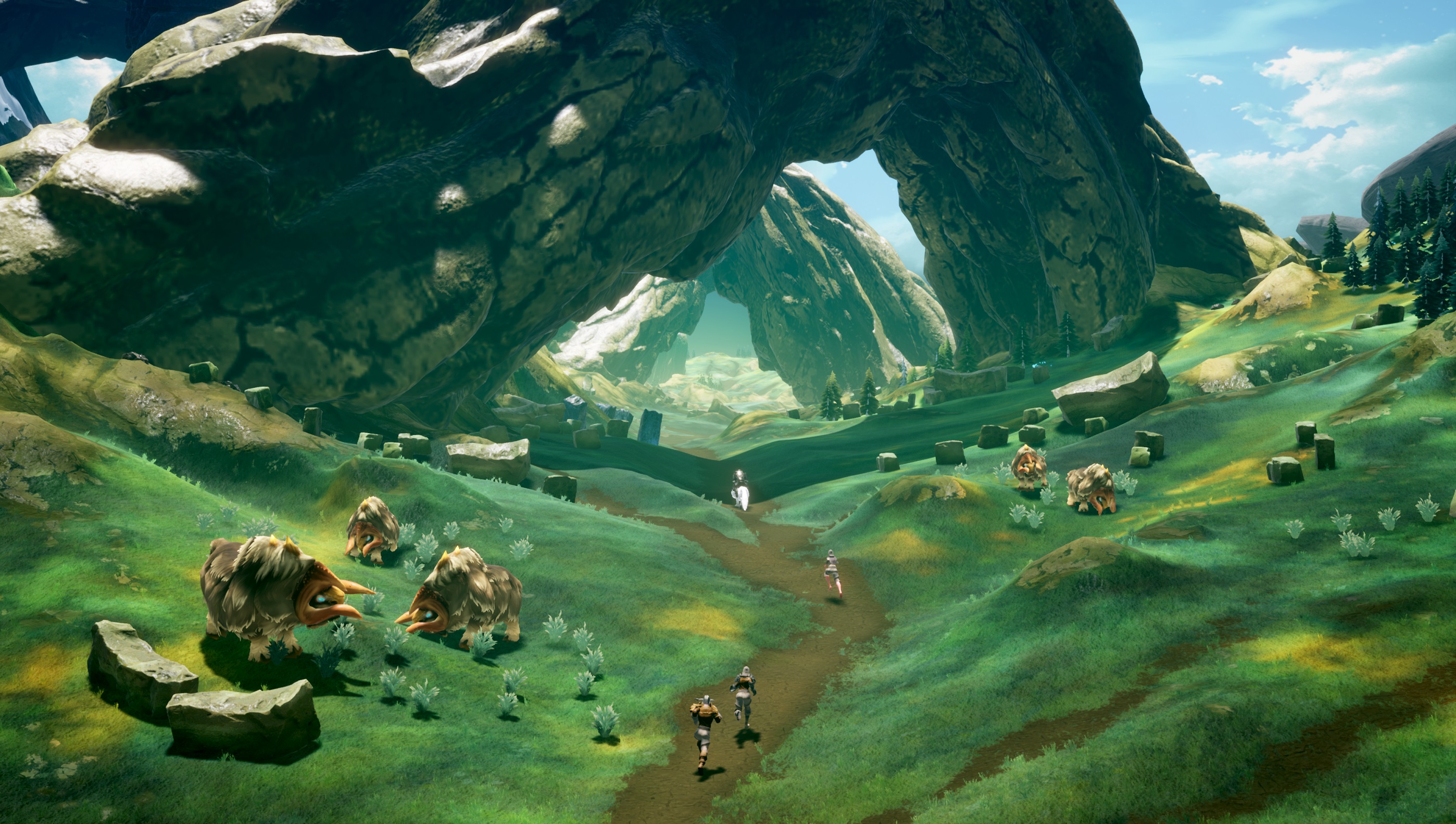 Ok, admission time – I love progress bars. I haven’t met a game that had too many. I want progress bars on top of progress bars. I want to get rewarded for doing everything from chopping down a tree to fighting a big ol’ monster. Rend doesn’t have the ridiculous number I would like but it does have a much more healthy number of goals to complete and, yes, the bars associated with those goals. If you prefer to be a PvP assassin type you can build your character towards that. Or you could become the greatest bread or shoe maker ever. Rend rewards you for doing what you want and allows you specialize in which ever way you want to play and more importantly lets you dive deep into that style. The talent trees and skill trees and research trees let you focus to an intense level, but you also are able to dabble here and there without too much punishment.

Rend asks you to join one of three factions, hop into their world and get to surviving. In traditional fashion  you need to collect resources for a variety of buildings or tools. You are not just collecting for yourself, no, you are trying to ensure the survival of your faction as well. One thing that was stressed was that anyone could contribute any way that they wanted and Rend avoids making lower level materials obsolete so everyone can contribute in a meaningful way. Also, there is a handy shield around your faction’s base that can protect you if a group of mean enemies attack you.

I pretty much like all survival games, but I’m always afraid of missing that initial week where everyone gets incredibly strong and rules over the weak on the server. I have bad memories of spawning into a game with nothing, eventually make a rudimentary ax and getting killed by another player with a rocket launcher. It is…frustrating to say the least, but the most interesting thing, in my opinion, is that Rend has a built in length. Each of the three factions are trying to fill “The World Tree” with the “Souls” stored in their “Divinity Stone”. Ok, let’s break that down: The world tree is the giant tree in the middle of the tortilla chip shaped map. Each “Soul” progress is shown in world on the side of the tree letting the other two know who they need to gang up on. Once a week “The Reckoning” lowers the shields of each faction’s base putting both your buildings and, more importantly, your “Divinity Stone” (which stores your souls) in danger. They assured me that The Reckoning events would have plenty of warning and that you wouldn’t have to stay up all night to ensure you base survives one of them. Mean monsters also attack so you can’t just choose peace and be safe. Once a faction get’s enough souls they win and the server ends. The winning faction gets a handful of rewards to bring with them into the next server. I keep saying server but maybe “match” would be more accurate. Right now they plan on each “match”to take around two or three months.

The PAX build didn’t include the most updated version of Rend so I wasn’t able to check out the combat but the below trailer captures what they are going for.

It is still early but I am excited about hopping into the world of Rend and messing about once the beta launches later this year. The inherent temporary nature of the servers should encourage players to take risks that they would avoid on a server that lasted forever. That on top of the level of character customization makes me think that Rend could be a blast for a handful of friends.