Can we talk about Shadow of the Demon Lord? Have you seen this game yet? You haven’t? Well let me tell you about some of the reasons why I’m in love with this game, and why you should at the very LEAST play it everyday of the week. That might be too much, TRY it.. At the very least just try it every day of the week.. Or occasionally. I’ll run it for you… because I love running it, so let’s play! 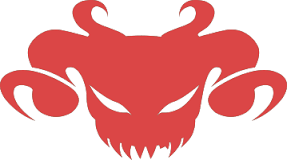 I’d like to start with the Man, the creator, Robert Schwalb. Robert has been in the industry now for over 10 years. He’s had his demonically majestic fingers all over Dungeon and Dragons, the A Song of Ice and Fire RPG, Warhammer, Star Wars Saga Edition, Numenera, I mean.. I could go on; he’s everywhere. In 2014 he launched Schwalb Entertainment and Shadow of the Demon Lord went up on Kickstarter. I’ve had the opportunity to meet him and play in games run by him and I was immediately elated that I backed the game. Oh, and he’s an awesome guy, by the way. Very responsive to the community. Take a look at the Shadow of the Demon Lord’s Google+ group to see how often he answers posts and keeps the community updated on changes to PDF’s and all the different products that have been coming out for the game. There is enough content on Drive Thru RPG for this game to keep you busy for quite a while and it’s all sickeningly magnificent! 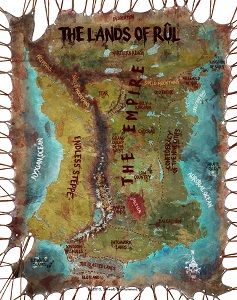 Shadow of the Demon Lord’s setting is one of a world well on the way toward its own destruction. The planet is called “Urth”, and the continent is called “Rũl”.The Demon Lord itself is too large to enter the world for now, but smaller cracks in reality are what allow the terrifying entities that spawn from this darkness to enter and cause just, all the mayhem! Of course it doesn’t help that there are numerous cults, corrupted individuals, and organizations that seek to usher in the Demon Lord’s reign so all of the “Void” can break loose and…well…you know, do what demons do. Horror is its cornerstone with horrifying visualization and description being what brings the games to life. The game is also not lacking in visceral grotesqueness that if you actual beheld, would drive you MAD! 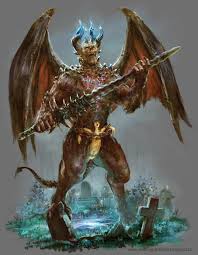 So let’s talk about how the game is played. Much like traditional RPG’s we all know and love, we have a target number that we must hit with a d20 roll for success. The target numbers and how we can affect the dice rolls are where things get interesting. There are challenge rolls and attack rolls. Challenge rolls, which are your “saves” and your basic “skill checks” are always rolled against a target number of ten… always. Attack rolls are made either against a target’s defense score or a specific attribute, if you were trying to affect its mind or persuade a target, rather than hit it with a sword. Each character has 4 attribute scores, Strength, Agility, Intellect, and Will. Each score may, or may not provide a modifier to add to your rolls. I say “may not” provide a modifier because starting characters will have on average a +1 or no modifier at all. That will improve with advancement but can be surprising at first. But don’t worry, there is hope! Aside from the normal bonuses and penalties that can affect a given roll, Shadow of the Demon Lord uses “boons” and “banes” to indicate when circumstances make things easier or harder. They are represented by a d6 and if you have a boon you add the total to the d20 roll, and if you have a bane you subtract the total from the d20 roll. Boons and banes cancel each other out so if you have two boons and three banes you make your roll with 1 bane. Sometimes you may end up with multiple boons or multiple banes. If I’m rolling a challenge roll with 2 boons, I roll a d20 and 2 d6’s. I take whatever d6 is highest and add that single die roll to the d20 roll. Easy peasey. The more boons you can accumulate the better chance you have rolling a higher number to add. Likewise the more banes you are given improve your chances of subtracting a higher number. There is a myriad of different abilities and path specific powers or traits that will add boons or banes when you are using them.

I guess that sort of leads right into the types of characters available for players. There are no real “classes” in Shadow of the Demon Lord. The advancement system is unique in that you start at level 0 and pick an “ancestry”. There are many that have been added through supplements and other materials, but in the core book we have Human, Changeling, Clockwork, Dwarf, Goblin, and Orc. All have specific setting based reasons for existing and what part they played in the history of Rũl. So you pick an ancestry, then you pick some professions that sound cool and fit your idea of who your character is. These professions can be used by the player or the GM to determine if the character might get a boon on a particular challenge roll, or whether or not something the character tries to do just happens…Or NOT. The basic structure of adventure as it relates to traditional “leveling up” is the concept of the group level. The party levels together. At the end of an adventure, no matter how long it takes, you level up. Leveling up brings with it some interesting options referred to as “Paths”. After completing the starting adventure you achieve level 1 and get to choose a Novice path. Your options at this level are Magician, Priest, Rogue, and Warrior. Each provide different benefits and abilities at different levels going forward. At level 3 you choose an Expert path. These are more specialized paths that provide even more benefits and abilities. Cleric, Sorcerer, Paladin, and Ranger are a few of the choices you will have. At level 7 you choose a “Master Path”. Here you’ll find even more options including Bard, Exorcist, Templar, Sharpshooter, and many others adding even more depth to your character. As you gain levels each and every path is available to you. There are no prerequisites other than a good story reason why. So there is nothing that says I couldn’t start out as a warrior whose story throughout the campaign has led me to discover the “Forbidden Magic Tradition”…well now I’ll probably take the “Apocalyptist Master Path” and be this brooding forlorn fighter who casts spells that are actively corrupting my very SOUL! The core book alone provides many choices and seemingly countless combinations to satisfy every character concept you might have. Currently the levels are capped at 10, but future supplements will indeed expand on this. 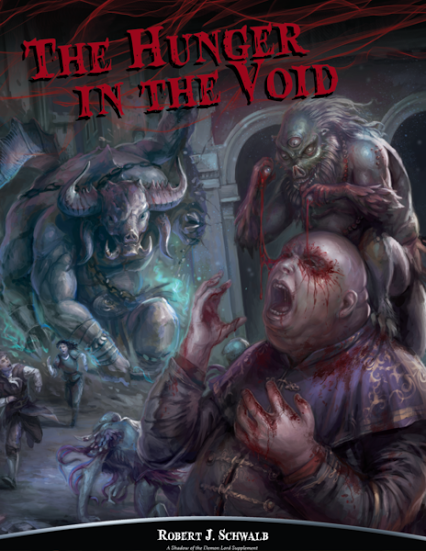 I would be INSANE to not mention the corruption and insanity mechanics that anchors this system. Whenever as a player, you would behold something truly horrifying the players must make a will challenge roll. A failure results in the character gaining an insanity point and becoming afraid which manifests mechanically with a bane to all challenge and attack rolls for a certain number of rounds. As a campaign goes on there are plenty of opportunities to go insane and once your insanity level reaches your will score… you go MAD! There is a madness table that you roll a d20 on and you suffer those consequences. Most madness eventually wears off and your insanity will go down some. You may also take a lasting effect, referred to in game as a “quirk” in order to reduce your insanity level even more. These quirks permanently affect your character and are mostly story / roleplay based, but will most likely cause complications in some situations. Corruption on the other hand, is gained when you willingly participate in something truly vile. Murder, harming innocents, stealing for your personal gain, learning spells from the Forbidden or Necromancy traditions, and anything else you could think of that would darken your soul! As your corruption score goes up you suffer certain effects that will occur naturally the higher your score gets. Children cry and try to get as far away from you as possible. Animals are instantly hostile towards you and attack rolls within in social situations are made with one bane. Each time you gain corruption you must roll a d20. If the roll is less than your current corruption level then you gain a “Mark of Darkness”. There is a table that you would roll on that would give you marks such as a pair of horns begin to grow from your forehead, or your reproductive organs shrivel and fall off, or out of your body… you know, things like that.

There’s a lot here, but the bottom line in my opinion, is that Shadow of the Demon Lord streamlines a lot of what makes RPG’s great while still offering a good amount of crunch if you want to go the optimization route. I’ve played and ran a bunch of games and it’s right on the top of my list of favorites. If you like insanity inducing horrific fear filled fun, I recommend you give this game a shot. I’m trying to run it as much as possible to showcase it in all it’s glory so if anyone is interested, and we can work out the timing I’d be happy to run. HAPPY GAMING!!!