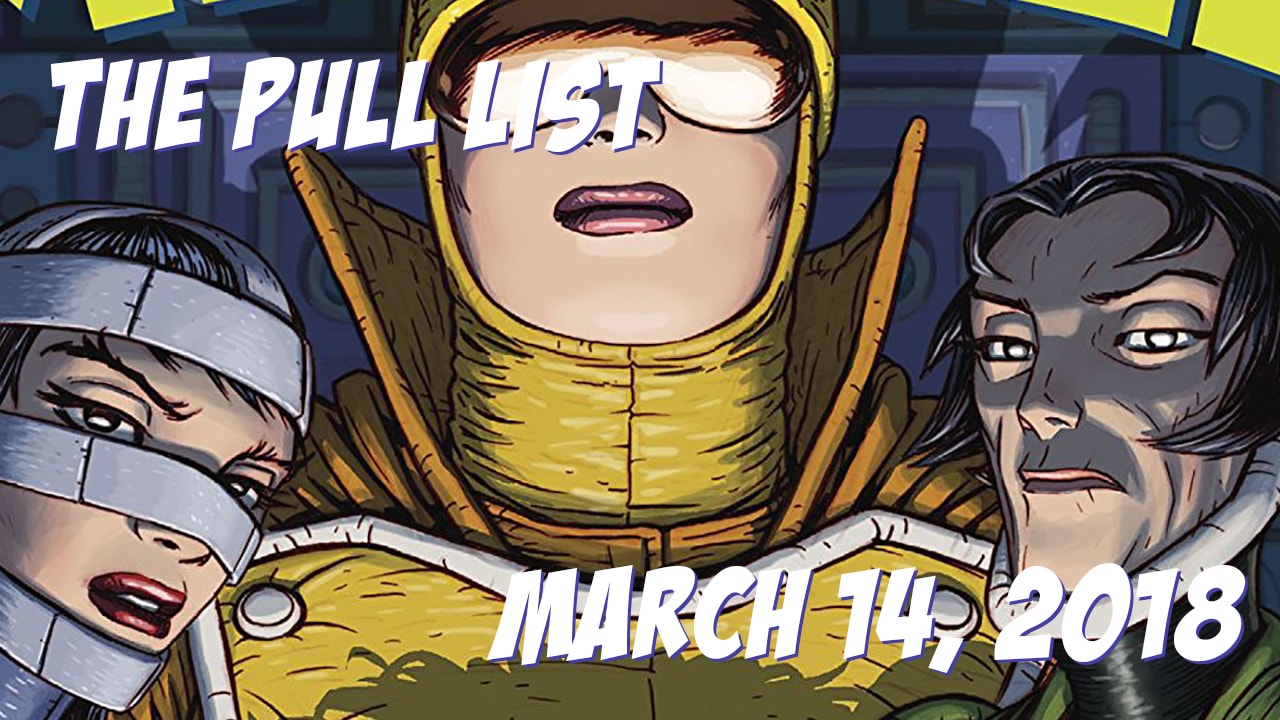 New Comic Book Day is upon us once again, dear readers, and that means it’s time for yet another edition of The Pull List! I’ll admit, I struggled to choose titles for this week. Not because there are no good comics coming out (there are so many!), but because I prefer to feature issues of either new series or new story arcs to make this article relevant to both new and current readers. That being said, I think I did pick out few comics that you’ll enjoy. This week features titles from DC, Marvel, and Valiant. So without any further ado, I give you my top comics for this week!

After a brief hiatus, master escape artist Scott Free (aka Mister Miracle) returns for the second arc of the acclaimed mini-series! I’ll be honest, this is the book I’m the most excited about this week. Tom King and Mitch Gerads have been crafting one of the most unique superhero stories I’ve ever encountered, and it’s so well done that it almost makes me angry. After the shocking revelations of the previous issue, the physical and emotional stakes for Scott and Big Barda have been raised significantly. This issue switches things up, shifting focus from Scott to Barda as the Female Furies crash the delivery room via Boom Tube as she’s going into labor. The domestic and superhero continue to collide as Barda is now confronted with her past as it threatens her incipient future. Returning readers and new readers alike won’t want to miss this one!

Upon returning from their latest mission in the Philippines, most of the Weapon X team go their separate ways to get some much needed R&R. That leaves Sabertooth and Old Man Logan to their own devices, and given their past animosity that isn’t likely to turn out well. Claws will rend the air as Sabertooth challenges Logan for leadership of the team! With chemical assistance in the form of the red pills Sabertooth swiped in the previous arc, it may very well turn out to be a bad birthday indeed for Logan. Truth be told, I didn’t think Weapon X would last much past its first arc when it debuted. Not because it wasn’t a good comic, but because the premise and team composition didn’t appear to lend itself to a long, ongoing series. Greg Pak has proven me wrong, as he deftly navigates the complex personal relationships between the characters, and Weapon X has proven to be perhaps the most fun X-book currently on the shelves.

The team behind the Secret Weapons mini-series reunites for yet another stand-alone story, this time spotlighting conjurer, Owen Cho. You might think being a conjurer sounds cool, what with being able to materialize objects out of thin air. However, Owen’s psiot ability comes with a catch: He has no control over what objects he summons. This lack of control made for some humorous action scenes in the original mini-series, and this one-shot will be putting Owen’s powers front and center. What’s a guy to do with a bunch of random junk? Apparently, have a garage sale! Written by Academy Award nominee Eric Heisserer (Arrival) and with art by Harvey Award-nominated artists Raúl Allén and Patricia Martin, this strange origin story is well worth checking out.

That’s it for this week folks! Be sure to check back next Wednesday for more hot picks, and don’t forget to support your friendly, neighborhood comic book store!