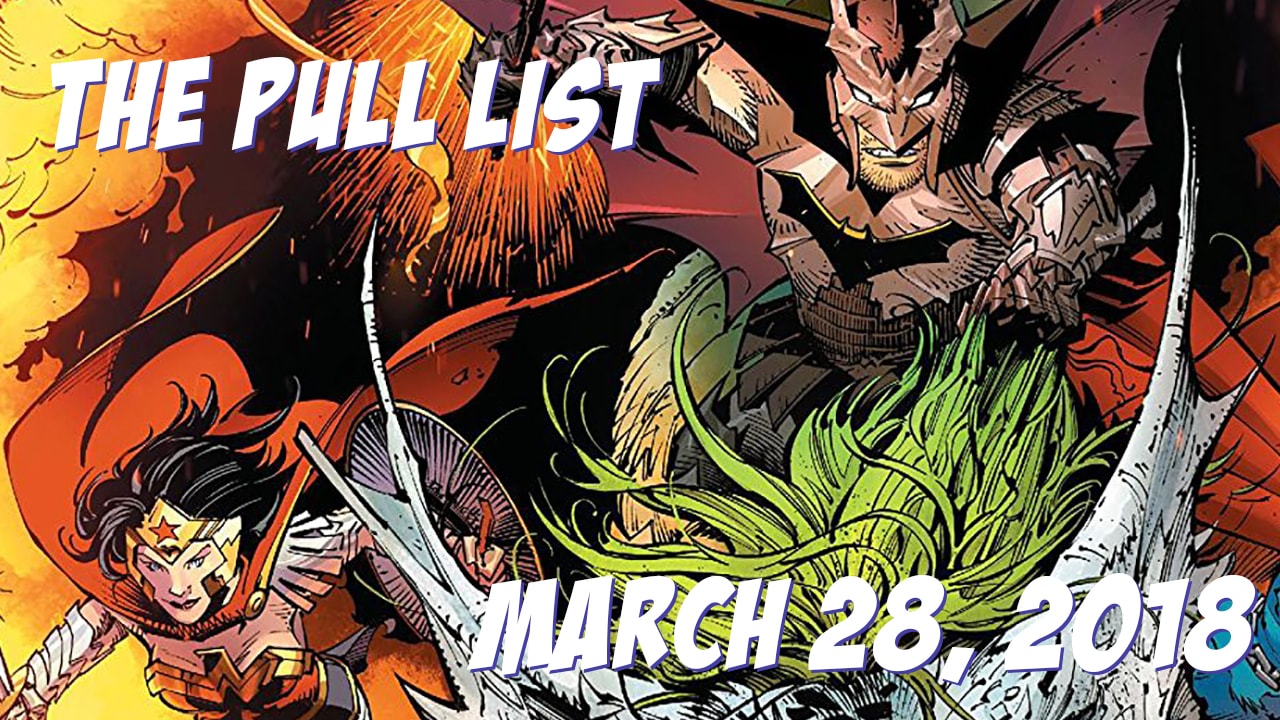 (Inhales deeply) Ah, I love the smell of new comics on a Wednesday. That’s right, Geeklies! It’s New Comic Book Day yet again, and I once have clawed my way out of the depths of existential dread to bring you more comic recommendations. With a plethora of pulls this week, it was tough to narrow it down to just a few to recommend. However, I was equal to the task, and so it is with great pleasure that I give you my top comics this week!

The conclusion to the epic, multiverse altering event has finally arrived! It is no exaggeration when I say that Metal has been one of the wildest, and most consequential, event books I have ever read. It was a true pleasure to follow the breadcrumbs Snyder and Capullo had been laying for some time to this truly twisted event. It is already clear that Metal will have far-reaching consequences for the DCU in the near future, so current fans and those interested in jumping into comics won’t want to miss the conclusion to this event.

The paranormal murder mystery thriller continues! Set in 1970’s Detroit, the story follows the titular character, Elena Abbott: a hard-drinking, chain-smoking tabloid reporter with aspirations of doing real journalism. This leads her to investigate a series of horrific, brutal murders that the police have largely ignored. Murders that she suspects to be the work of evil occult forces, possibly connected to a traumatic event from her own past.

After surviving an attack at the scene of the most recent murder, Abbott remains undeterred, and her investigation is about to put her on a collision course with some of the most powerful people in the city. Saladin Ahmed is doing great things with this book, with an atypical POC female lead and a distinctly supernatural noire vibe that reminds me a lot of Kolchak: The Night Stalker. This series is only three issues in, so if this sounds like it might be up your alley it’s as good a time as any to jump in!

Before picking up this series just over one year ago, I had never read any X-O Manowar. I was familiar with the concept: a Visigoth named Aric of Dacia is plucked from Earth by aliens, and during his time in captivity he acquires the sentient X-O Manowar armor. This immensely powerful armor not only allows him to defeat his alien captors (known as the Vine)  ut also return to Earth. Upon his return he is shocked to find that more than one thousand years have passed since his capture.

This most recent entry in the X-O Manowar saga began on a faraway planet called Gorin. It was here that Aric of Dacia had taken a lover, and was attempting to live a “normal” life without his armor. This idyllic life was not to last, as Aric soon found himself conscripted to fight in a war that was not his own. Eventually donning the X-O armor yet again, Aric soon became Emperor of Gorin. His reign was to be short lived. Betrayed by his former comrades and left for dead, Aric is ready to deal out vengeance to those who wronged him. The “Visigoth” arc is drawing to a close, and the finale before Aric’s return to Earth is shaping up to be truly explosive!

That’s all of my comic recommendations for this week! Be sure to check out these issues along with many other fine offerings at your local comic shop. If you’re interested in seeing my entire pull list, feel free to hit me up on Twitter @Gasp_the_Last. Now I must leave you, until the promise of new comics once again summons me from the Pit of Despair.