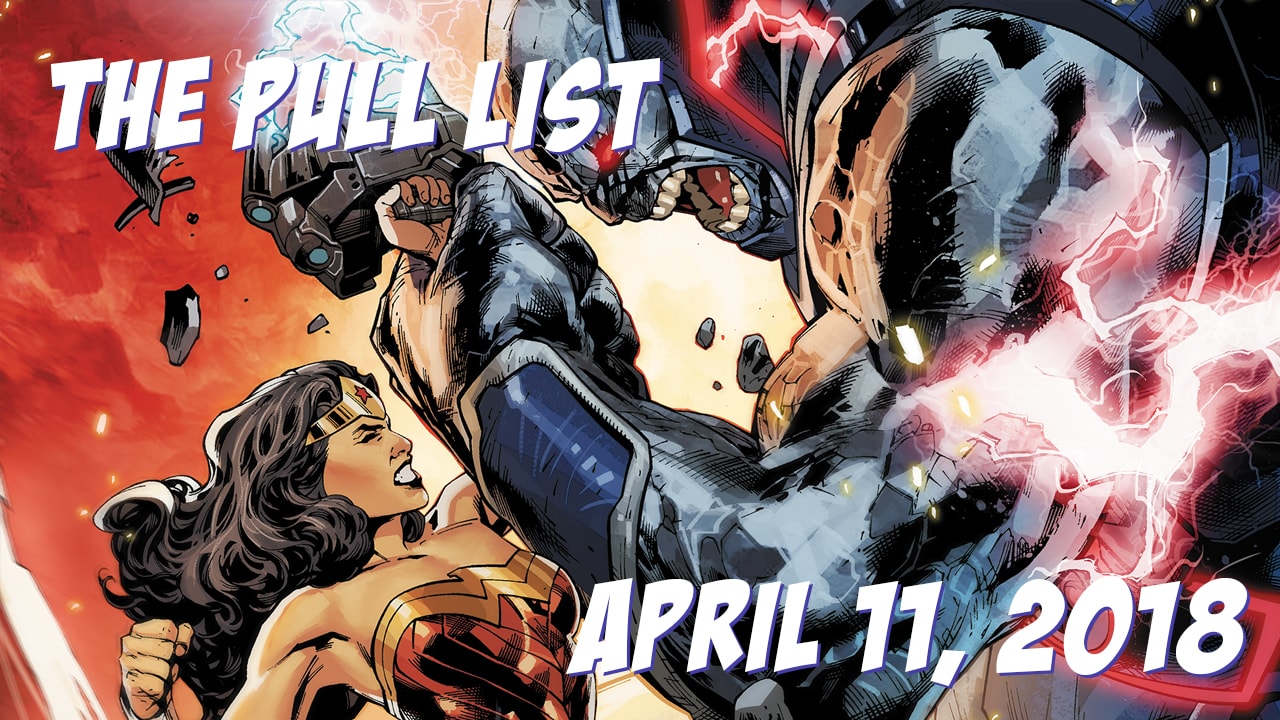 Greetings, Geeklies! New Comic Book Day has come yet again, just as it has before and as it will again. That means it’s time for another edition of The Pull List! Strap yourselves in, for here are my top comics this Week.

If you’ve been reading The Pull List for a while, you may recall my previous discussion of Greg Pak’s Weapon X series When that series came out it intrigued me, but I was surprised by the staying power of what I had assumed to be a limited series. While I haven’t been able to find confirmation of this, I think it is reasonable to say that the popularity of that series, and of Domino in particular, led to this all-new ongoing series! The Marvel Universe’s favorite soldier of fortune, Neena Thurman (aka Domino), is the product of a super soldier program that didn’t quite pan out.

However, she did get some pretty sweet powers out of the deal: the ability to manipulate probability in her favor. The catch? Domino doesn’t have conscious control over her ability. Until now, her power has always created good luck for her and bad luck for her foes. However, her powers are now on the fritz, so every two-bit mercenary and gun for hire is out for her head! In the capable hands of Gail Simone (who had an acclaimed run on Deadpool in the early aughts), this series promises to be packed with stylish gunplay, adventure, and plenty of hijinks. Don’t miss this one!

Spinning out of the pages of the mayhem that was Metal, is the all-new hero, Sideways! After falling through the Dark Multiverse while on an unfortunately timed field trip in Gotham City, high school student Derek James found himself imbued with an incredible power: the ability to create portals and leap between dimensions at will!

Derek is still getting the hang of this whole “being a superhero” thing, and the arrival of a new supervillain speedster, Killspeed, means he’ll have to learn very fast indeed. Sideways has been my favorite series to come out of DC’s Metal event. An original Puerto Rican superhero lead, with unique powers directly linked to the Dark Multiverse itself, and the inimitable Kenneth Rocafort lending his significant artistic talents, have made this comic a tour de force. What’s more, writer and DC co-publisher, Dan DiDio, has confirmed that Grant Morrison will be coming aboard this series later on as it moves into the Dark Multiverse itself.

Where Grant Morrison goes, multiversal crises are almost certain to follow. Given his powers connection to that dark realm, it’s very possible Derek James may inadvertently cause DC’s next big crisis. If you want to see these events as they unfold, be sure to pick up this comic. You won’t regret it!

It has been a crazy time for everyone’s favorite Amazon over this past year. Not only was Diana reunited with her long-lost half-brother, Jason, she finally met her father, Zeus. Her reunion with her father was to be short-lived, however, as Zeus was killed by Darkseid, who was stealing the power of the gods to regain his own lost strength.

Before Diana could seek retribution, Darkseid vanished to continue working on his dark machinations. In this issue, Wonder Woman will finally get her chance to face off against the God of All Evil. With Darkseid’s power now fully restored, will Diana be able to take him down? This issue promises to have some pretty awesome fight scenes, and sets the stage for the finale of the Amazons Attacked arc in two weeks.

That’s it for this week! Be sure to check out these titles, and many others, at your friendly neighborhood comic store today. I’ll be back next week with more comic recommendations. Be good to one another, Geeklies, and read more comics!