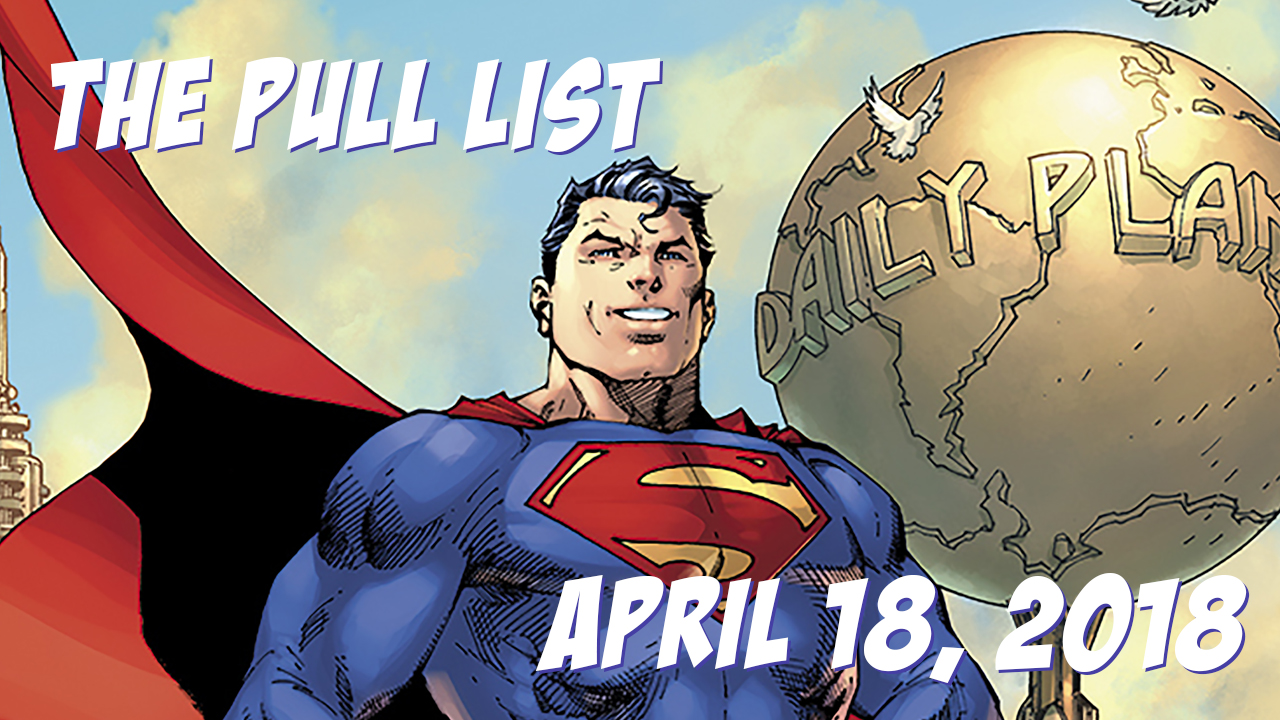 It’s that time of the week again, Geeklies! New Comic Book Day has arrived, so it is time for this weeks’ edition of The Pull List. This weeks’ features beginnings, endings, and one historic milestone, none of which you’ll want to miss out on. And so, without further ado, here are my top comics this week!

After eighty years of Superman, the comic that started it all, Action Comics celebrates a historic milestone with its’ one thousandth issue! To mark the occasion, this oversized 80 page issue features stories and art from an all-star lineup of creators, including Louise Simonson, Tom King, Dan Jurgens, Jim Lee, Geoff Johns, Olivier Coipel, Brad Meltzer, Scott Snyder, Peter J. Tomasi, and many others.

Not only is this issue jam-packed with action from todays’ top talent, but it also includes a previously unpublished Superman story illustrated by the late, great Curt Swan. With stories spanning the breadth of Supermans’ history, from past to present, this is one issue no comic fan will want to miss!

Additionally, Action Comics #1000 will feature the first story from Brian Michael Bendis, which will be setting the stage for his Superman run in the coming months. Caveat emptor, this issue does carry quite the price tag ($7.99), but for 80 pages of a historic issue, I believe it will be worth it.

While Jeff Lemire has kept fans of his Black Hammer series sated with mini-series set in the same universe since the previous arc reached its conclusion, this is one issue I personally have been eagerly and impatiently awaiting.

It would seem someone, or something, is intent on keeping Lucy from revealing the truth to the stranded heroes. The mystery deepens, and current readers won’t want to miss a single issue. Furthermore, the beginning of this new arc in the stellar Black Hammer series is a great place to jump in for new readers.

The finale of the Klaw Stands Supreme arc has arrived, and the titular villain and his allies have brought Wakanda to the brink of ruin. As if that weren’t enough, Klaw has been using Asira, Black Panther’s erstwhile ally, as a vessel for a villain that hasn’t been seen in Marvel comics for quite some time: The Adversary, who is free to set foot upon the Earth once again!

The powerful demon now set free, Black Panther seems to be in real trouble. Luckily for him, he has an ally with him who may be able to help him turn the tide. An ally that has dealt with The Adversary before: his ex-wife, Storm. The last issue before Marvel’s Fresh Start relaunch of the series promises to be an exciting one, so don’t miss it!

That’s it for The Pull List this week! Be sure to check out these issues (among many others) at your friendly neighborhood comic shop. Until I return next Wednesday with more comic recommendations to delight and distract, be good to one another.