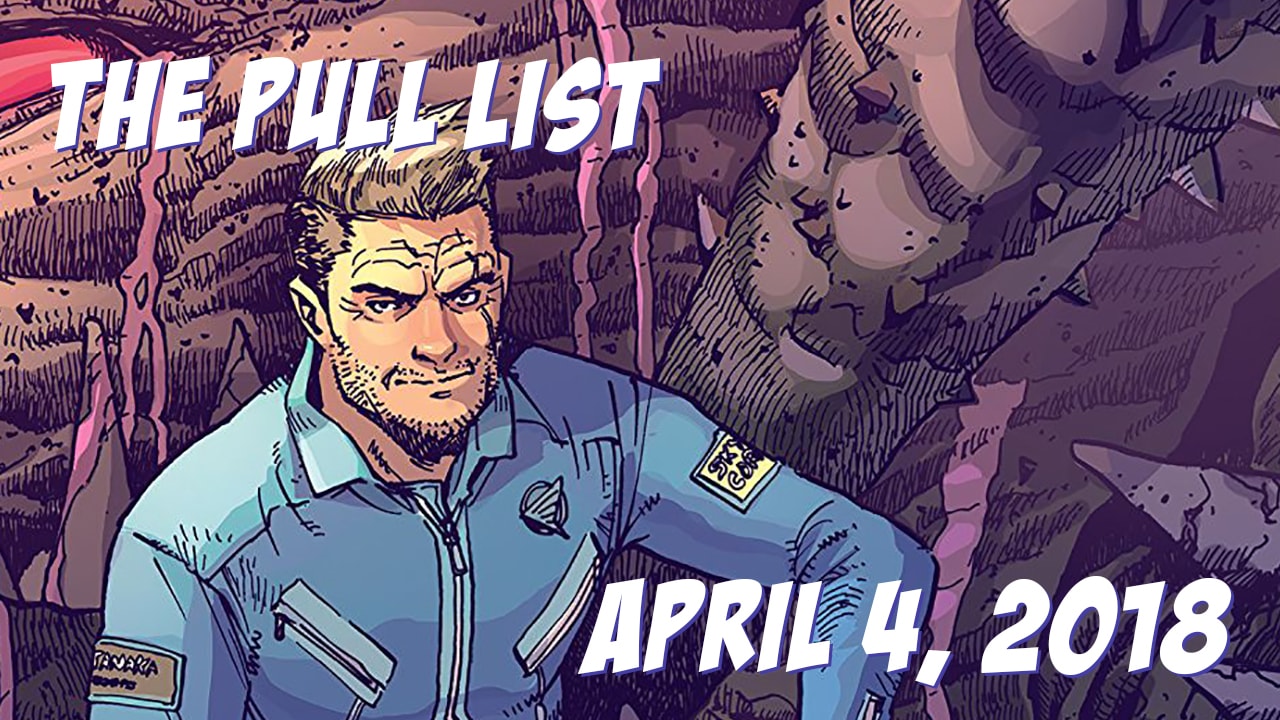 It has been a long week since last Wednesday, my fellow Geeklies. The nine-to-five grind has really been battering me down both physically and mentally. However, there’s nothing like a new batch of comics on a Wednesday afternoon to rejuvenate one’s body and soul! This week, The Pull List features titles from Marvel, Image, and BOOM! Studios, including the debut of a new series that I think you’ll be sure to enjoy. So let us wash off the grime of the past week and bathe in the glory of a new bath of comics with this week’s Pull List!

I must confess, I put this comic at the top of the list because it was the one I was the most eager to talk about this week. If the preview pages on the Image website are any indication, Isola promises to be quite different from most comics on the selves.

For starters, in the first five pages of this comic there is no exposition, no dialogue, and few sound effects. Despite this, I found myself drawn into this beautifully rendered world.  Artist Karl Kerschl’s design work in this comic reminded me a lot of Miyazaki’s Nausicaa of the Valley of the Wind, and Msassyk’s colors are truly stunning. It’s quite an accomplishment to give a feel for the world of a fantasy comic like Isola almost completely through the art, and yet that is exactly what this creative team has done in the first issue.

To top it all off, the premise is one that fans of epic fantasy will be sure to enjoy. The Captain of the Royal Guard has fled the capital with Queen Olwyn, who has been cursed and transformed into a tiger-like creature. If war is to be averted and the Queen of Maar returned to her throne, Captain Rook must journey half a world away to Isola, the mythical land of the dead. Fans of fantasy, Studio Ghibli, and those who prefer fewer words in their comics won’t want to miss Isola #1!

Making a triumphant return to The Pull List this week is the fantastic all-ages mech adventure by Greg Pak and Takeshi Miyazawa: Mech Cadet Yu! If I failed to sell you on this comic last month, allow me to make a second attempt.

If you’re a parent looking for a comic your kid can enjoy, you’d be hard pressed to find one more diverse, well-written, and beautifully rendered than Mech Cadet Yu. If you happen to consider yourself an adult, this book has plucky youngsters fighting monstrous aliens while piloting giant, sentient robots. Does it get any better than that?

The first arc of this series focused a lot on the characters, fleshing them out while introducing the reader to the world they inhabited. With the second arc, the status quo that had been established is shattered as the hostile alien Sharg have attacked Earth itself! The Sharg’s new weapon could destroy the planet, unless Stanford Yu and his fellow Mech Cadets disobey their orders. The giant robot action continues as the conflict intensifies!

With the imminent departure of Brian Michael Bendis from Marvel and (as of yet) no solicits post-Fresh Start, this may very well be one of the last installments of Miles Morales in a solo series for the foreseeable future. While that prospect is less than exciting to say the least, this final arc in Bendis’ run has been full of emotional highs and lows.

The unexpected return of Miles’ presumed dead uncle, Aaron Davis, injected no small amount of familial tension. That, coupled with the fact that Davis has assumed the identity of the Iron Spider and has formed his own Sinister Six for one last job, has left Miles between a rock and a hard place. He doesn’t want to lose his uncle again, and yet as Spider-Man, neither can he turn a blind eye to his crimes. With even his Sinister Six plotting against him, it is becoming increasingly clear that Iron Spider is going down. Thus the question is, to what lengths will Miles go to avoid losing his uncle for a second time? With the end of Bendis’ run fast approaching, these final issues promise to be both dramatic and action packed. Hopefully, this isn’t the last we’ll see of Miles in a lead role, but just in case, I recommend catching these issues while you can.

That’s it for this week! As always, I’ll be back again next week with more comic recommendations to divert your attention towards the artful beauty found within their pages and away from this nightmare world we all inhabit, if only for a short time. Remember to support your local comic shop, and I’ll return next New Comic Book Day!