This is not a light book. Ada Palmer has rewritten the whole history of the modern world and the onrushing future, according to philosophies both new and old, but deeply held and profoundly discussed regardless of their age. Questions of progress, of perfection, of right living. It’s heavy and at times perplexing. But all of that is to the good, since it’s also not a book that should be taken lightly.

But the plot? Oh, yes, the plot. Our narrator, Mycroft Canner, is a criminal and a genius, though not–probably–a criminal genius. Especially not since he got caught, and is living out the rest of his life as a Servicer, one who can have no possessions or place, but can use his talents to better society and earn back some measure of self-sufficiency and honor thereby. Some Servicers work cleaning mucky streets, but Mycroft is called upon by the most elite of the elite, presidents and emperors, to do less menial work. He assists in determining economic futures for the world economy; he aids in investigations of the most celebrated inventor of the age; he serves the clandestine needs of a scandal-ripe, doubly-royal family. 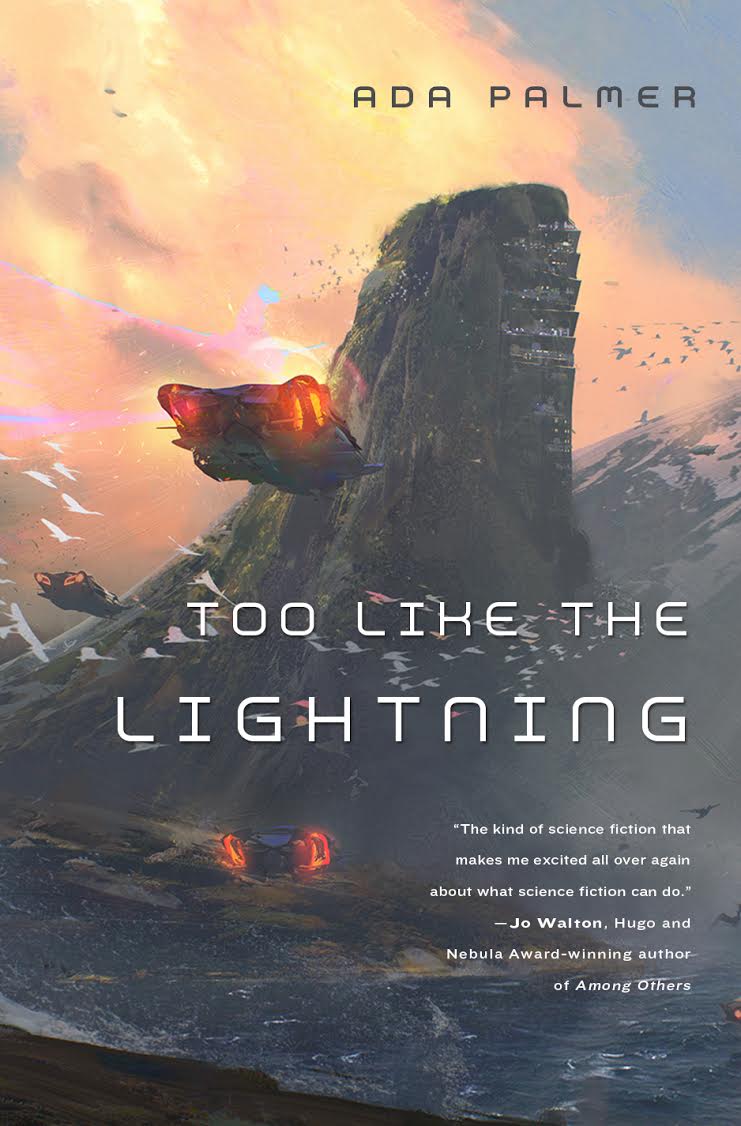 Seeing all this through his calculating eyes would be enough, but Mycroft’s true fealty lies not with any of these. It belongs to a boy named Bridger, eight years old, who can bring his imaginings to life. In an age brightened by science, there is a child who could singlehandedly bring back religion. Religion–that is, the collective adherence to dogmatic truths–is banned for fear of the conflicts it inspires. But individual faith and questioning is still allowed, and sensayers are the guardians of that line between faith and religion. They act as confessors, educators, and skeptics all in one, encouraging people to ponder the big questions but disallowing the imposition of any conclusions.

What could a miracle child do to such a fine but well-tended line?

I did find myself somewhat exhausted by the experience of reading this book, since really, for any other author, this would be two books, or three, or more. The political maneuverings in a highly politically charged world are enough for a book. But these  politics take place in spheres and terms that do not (yet) exist. Add to it the presence of Bridger, miraculous child in a world duly afraid of religion and therefore of miracles, and you have a truly dizzying array of stories competing for your attention. I do think Palmer could have done a better job introducing these people and factions, since often she drops names and lets the context for them come later. Now, I’m all for immersive writing, but this is a fictional history. We lack the context for even the basics we now take for granted–gender presentation, transportation, family dynamics–so adding another layer of complexity leaves the reader gasping. Plus,the narrator is not shy about interjecting opinions and explanations–so why not more of them, and sooner?

I was tempted occasionally to break out a notebook to keep everything straight, but in the end it wasn’t necessary. Why? Because Palmer’s characterization skills are so top-notch. You may have to skim backward to remind yourself of the finer points of faction politics, but once a character is introduced, they aren’t easily confused with anyone else. There’s no mistaking the alluring Danae with the mothering Bryar, nor any confusion of Ojiro the spectacle-prone androgyne with the deadly Dominic, who also uses gender as a means and not an end.

Yes, gender in this world has become more enlightened as well. I prefer Ann Leckie’s simpler system in which gender is called into question simply by referring to everyone as “she,” regardless of biology. It’s an elegant way to destabilize the concept. Palmer likewise de-normalizes gender by using the increasingly popular “they” and “them,” a move that probably has a greater likelihood of catching on and certainly does sidestep the gender binary. But then Palmer adds “he” and “she” back in according to different standards, not just going by whether characters choose a certain gender presentation, but also according to 18th century standards of what was coded masculine or feminine.

If gender truly doesn’t matter, then neither should this. Yes, all right, that’s fair. I’m not objecting on a philosophical principle, and I think this actually does advance the idea of expanding/eliminating gender in some ways. But it’s confusing. Confusing to have so many competing standards, confusing to have the narrator at odds with the dialogue he is purporting to write. Mycroft tells us that Dominic is biologically female but has adopted the dress of an 18th century man, and so will be referred to as a man, except when other characters refer to Dominic as “they.” It’s not that it’s impossible to follow on its own, it’s just that there is yet again one more layer to all of this, and not very much time to catch up.

Do these complaints render the book less worthy? No. In fact, there are more good ideas here than I’ve seen in the past dozen science fiction novels combined (with the exception of Ms. Leckie’s work, natch). Political buffs, religious inquirers, and anyone who thinks about the fate of the future ought to read this. This book is the perfect, perfect antidote to the rash of dystopian fiction (and dystopian realities–looking at you, Trump supporters) flooding our shelves recently. It describes a future full of hope and progress, not perfect, but with perfection as a goal. Not security, not survival, but perfection. I can’t fully explain what a joy and relief it is to be in that world, no matter how hard I had to work to keep up with it.