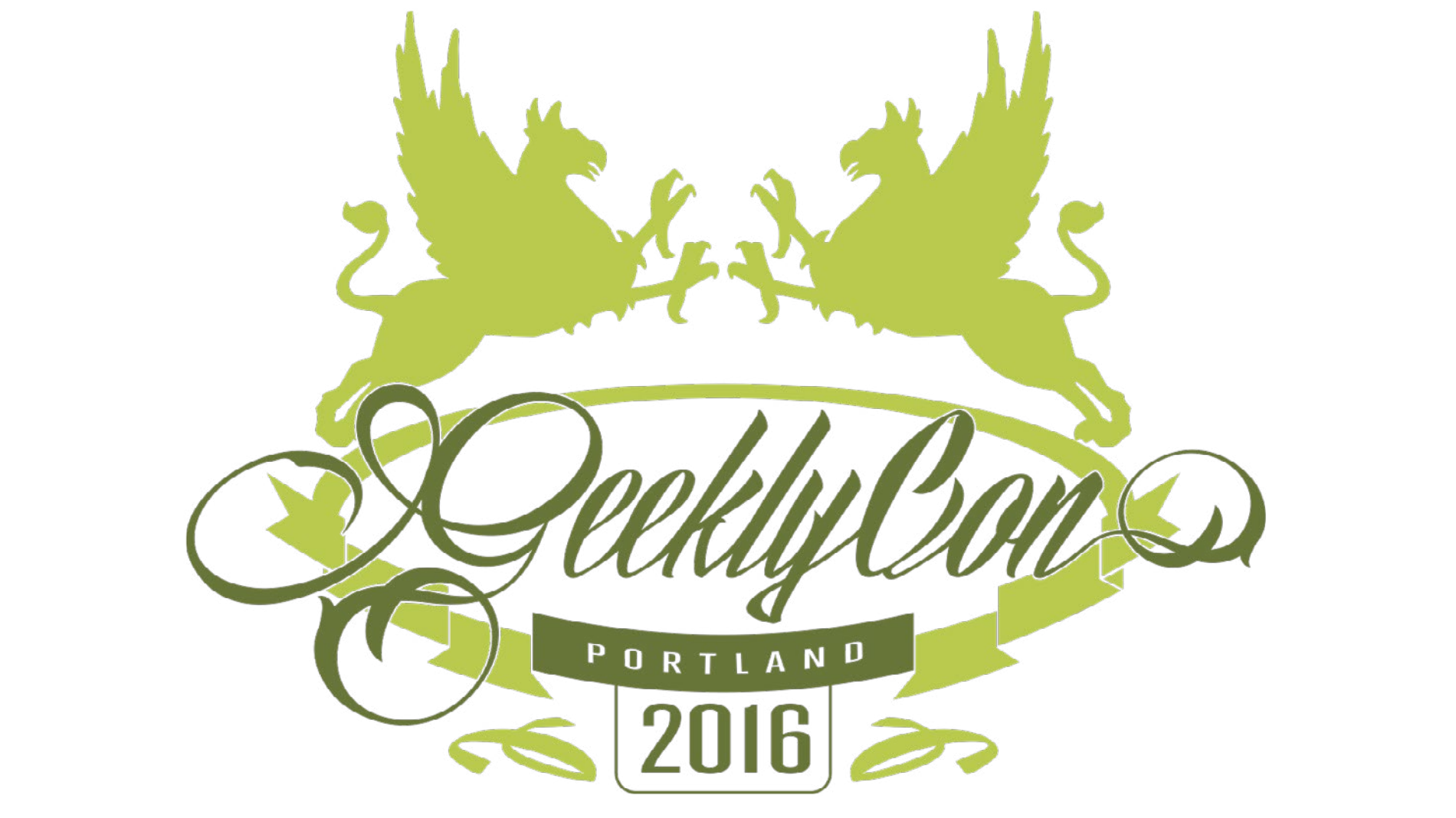 Over here at the GeeklyInc HQ, we are hard at work organizing and planning this year’s GeeklyCon festivities. This list is not final and is subject to change, but should give you a sense for how we would like to see GeeklyCon go this time around!

Before we begin, if you want to get more info, we have a special website dedicated to GeeklyCon, but the quick hits are that it is taking place at the University Place Hotel, in Portland, Oregon from June 16 – 19. The first event is planned for June 16 at 7 pm, so ideally you will want to show up during that day, and we will get to hang out that night! Tickets are still on sale if you would like to join us!

Here is what we have so far! 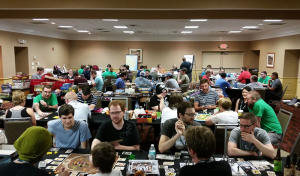 The main reason we booked the University Place Hotel is that they have the perfect room for our gaming needs. It is massive, and seats 300 people at round tables. We will use this space for board games, table top games, and whatever else you can think of! We will also have at least two other rooms – one that accommodates 50 people, and another for 10 people, but more on those later.

There will be a board game library which is supplied by Geeklies bringing along their favorite games they want to share or new ones they would like to try. This worked incredibly well last year, and I swear we had more games than people. There will be a sign up form and a running list of what people are bringing so that we don’t even up with 72 copies of Dominion. 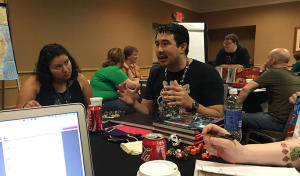 Table top RPGs will be the other staple of GeeklyCon. Whether you want to try D&D for the first time, or you are a veteran Pathfinder player, there will be a game for you. If there isn’t, you can always run it yourself! Fantasy? Doy. Sci-Fi? You bet. Horror? Oh you know it. A weird anime game where you role-play as Pretty Guardians of the Universe? Yeah, that will totally happen. We will soon roll out a tabletop sign up form and calendar. You will be be able to sign up to run a game, and/or play in a game.

Last year we learned what monsters you all are, so we have built-in breaks this year so you people will hopefully eat.

Besides our regular board game library, we will also have a “Play-To-Win” section, with board games provided by some lovely board game publishers. We will put a list of the games together as soon as we can.

The way this works is that you take out a game from the Play-To-Win library, and give it a try. When you return it, you can put your name in a jar by the game to show that you have played it. On the last day of GeeklyCon, we will pull a name out of each of the jars, and whoever’s name gets picked, gets to keep the game! 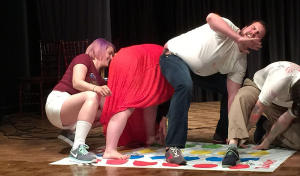 The live shows at the first two GeeklyCons have been a personal highlight for me. We will be back again this year with all the usual suspects like Drunks and Dragons, Cast of Thrones, and Cthulhu and Friends.

Expect a night of fun and nonsense, as we do embarrassing things on stage purely for your amusement. 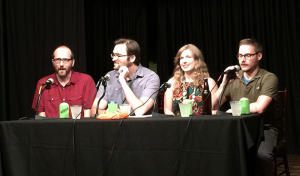 Our little Con is all growed up! We have rented an additional conference room that seats around 50 people with the express purpose of running panels throughout the weekend. We are still taking submissions for panels at the time of this writing, but we already have some really great panels in mind.

Steph Kingston is moderating a panel on how to create a podcast with panelists including, well, me. Nika Howard is running a panel on how to paint a miniatures. Hopefully we can work it out so you can try it yourself. Curious about what all this LARP hubbub is about? You can join Carly Shields for LARP 101. We are hoping to also have live shows from some other podcasts, both Geekly and non-Geekly!

You’re locked in a room with a mix of friends or strangers for ONE HOUR.  Within this room are the means to escape your temporary holding cell via puzzles, riddles, and general brain busters that you have to solve to find the physical key that unlocks the door.  In our setting, created exclusively for GeeklyCon, you are set up as a group of friends that play D&D together.  Your Dungeon Master has become unreasonable and refuses to let you leave so he can fulfill his dream of playing D&D for the rest of his life!  Your mission is to solve a series of original puzzles that will let you thwart the DMs evil plans! [Limited Spots, small extra fee] 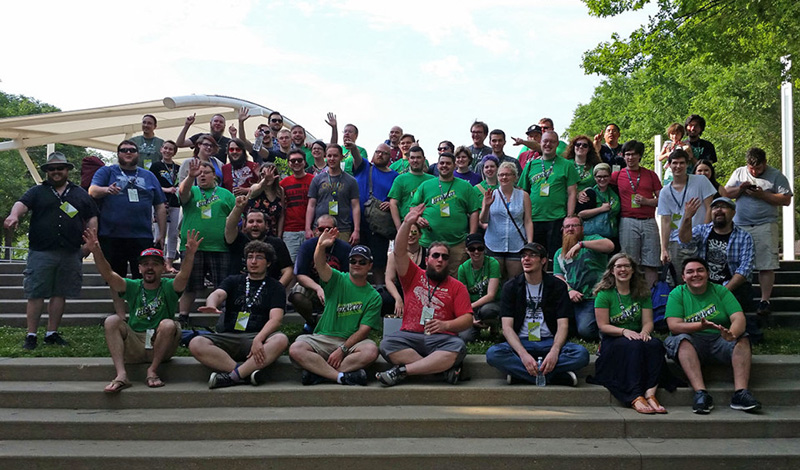 Portland is an absolutely amazing city, bursting with amazing food, beautiful nature, and fun activities. You are of course free to explore on your own, but we will have a number of Geekly organized outings. These are still in the works, but we will let you know how and when to sign up as soon as possible. 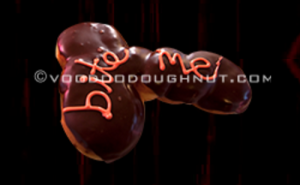 Geeklycon is in the middle of Game of Thrones season once again, so gather around and watch the show with the cast of Cast of Thrones. Be shushed in person by the actual Nick Bristow! 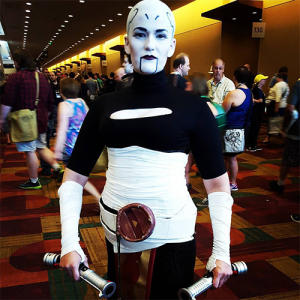 By overwhelming request, this GeeklyCon we are running our first ever COSPLAY CONTEST.  Come dressed as your favorite Geekly Podcast Character, Anime Hero, or Nerdy Paragon for a chance to be crowned the Cosplay Conquistador!  Saturday evening we will have judging by category, with prizes being awarded by the Geekly Top Brass!

To help you meet new people! We are also developing a game to play on a pub crawl. (no Assassin this year, we promise)

All ticket holders will receive a tshirt, bag of some sort (tote or drawstring), and a program. We will include other items if possible! Premium tickets will also get something to drink out of, an additional thing to wear, and probably something to keep your drink nice and cool (these items aren’t finalized).