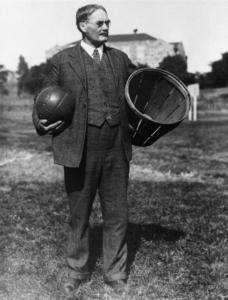 You can be a geek about anything, really. I happen to be a geek about basketball. We are in the middle of an exciting free agency summer. It’s turning into reality TV. Folks are tracking phone calls, trying to decipher hidden meaning in NBA Star’s social media accounts. The NBA world waits to see what Lebron, Kawhi, Paul George, etc. will do. But this isn’t a story about how exciting free agency 2018 is. No, buckle up nerds, because below I’ll be detailing how the summer of 2015 was one of the worst in Charlotte Hornet franchise history and how becoming the worst owner of an NBA team is beginning to ruin Jordan’s legacy.

Michael Jordan was a great basketball player. Perhaps the greatest of all time. Jordan led the Bulls to six NBA championships, won six Finals MVPs and had a 6-0 record in the finals. The fact the Chicago Bulls had a Hall of Fame coach during his playing time there and he was surrounded by Hall of Fame talent[1] does little to diminish just how truly incredible His Airness was during his reign. However, in spite of his on court greatness or maybe because of it, Michael Jordan is quite possibly the worst talent evaluator in the NBA. Add to that his penchant for paying under performing athletes too much and you have a perfect storm in Charlotte. No time period illustrates Jordan’s failings as an owner quite as much as the summer of 2015. First, we need to understand why he made those choices.

Michael Jordan loves Larry Bird[2] and Bird loves Jordan. It was magical watching these two titans of the sport battle it out in the 80s. Go find some YouTube clips of it, it’s unreal. Jordan also routinely had his clock cleaned by the Bad Boy Pistons in the late 80s. One could argue that those Celtics and Piston teams were Jordan’s greatest competition as a player and those teams had one thing in common: big, slow white dudes.

My only guess as to what would transpire years later, once Jordan became the owner of the Charlotte Bobcats nee Hornets and then, thankfully Hornets again is that Jordan’s talent evaluation is stuck in the 80s. Stuck remembering Bird[3], McHale, Bill Laimbeer, Jordan drafts based on this — his fiercest competition.

Which brings us to 2015[4]. Zeller was already filling the role of backup center to aging big-man Al Jefferson and doing an admirable job. However, Jordan wasn’t happy with only 7’ of slow, ambling white guy on the team. He had to build a roster to compete for the 1989 NBA title after-all. So what to do, what to do. We’ll I’ll tell you what Jordan did, he constructed a Voltron of 28’ of white dude that all play the same position:

Anyway, the lesson here is clear. When comprising your next DnD campaign, make sure you don’t have too many tanks. You need variety in your party if you’re doing to make it to level 20.[8]

[1] When Jordan retired from the NBA in 1993 after the Bulls first 3peat to play baseball/avoid the Houston Rockets (the Bulls had no answer for Hakeem Olajuwon) the Bulls made it all the way to the Eastern Conference Finals without him. Its crazy to think about a LeBron-less Cavs doing that or a Kobe-less Lakers and we saw what happened to a Kawhi-less Spurs this year.

[2] fun fact: the Chicago Bulls have never beaten the Boston Celtics in a playoff series. Jordan did have his first 60+ point playoff game against a Bird/McHale led Celts back in the mid 80s, but the Bulls ultimately lost that series.

[3] Jordan, while part owner at this time, lobbied to draft Adam ‘white mamba’ Morrison in the 2006. 3rd OVERALL! College commentators said he had a “shot like Bird’s” Clearly Jordan was listening. Today Morrison is an assistant coach of a HS team.

[6] Who is my mortal enemy. He was at UNC the same time I was at NC State and he routinely demolished my poor, incompetent alma mater.

[8] Thanks for reading and in case you’re wondering only Cody Zeller and Frank Kaminsky are still in the NBA. Both can still be found being big, slow and white for the Charlotte Hornets