GeeklyInc is a community that is passionate about podcasts and general geekdom. There are more people than can fit on a page that have made GeeklyInc a reality, but here is a list of people currently making it happen every day. Check out individual show pages to find out more about our podcast hosts. 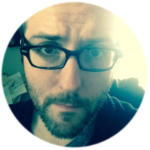 Co-Founder of GeeklyInc in 2013 with Tim Lanning, Michael also is featured as a host for Cast of Thrones and Drunks & Dragons, which both extend to thousands of people each week via iTunes downloads and site visits. Michael manages the creation and design of GeeklyInc.com, acts as point of contact for orders, and organizes funding for the company and affairs. Contact Michael at michael@geeklyinc.com and follow him on twitter @thriftynerd. 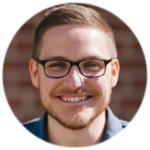 Co-Founder of GeeklyInc in 2013 with Michael DiMauro, Tim is also featured alongside Michael as a cast member of Drunks & Dragons and Cast of Thrones. Tim’s key roles within the company extend to brand design, promotional products and content creation on GeeklyInc.com. Contact Tim at tim@geeklyinc.com 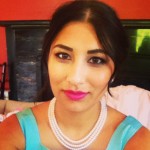 A Sherpa who climbed mountains and wrestled Yetis in Nepal, Bijaya now lives a semi-quiet life in Louisville, Kentucky, except when she is loudly supporting the Louisville Cardinals.  Her goal in life is to live on a 5 acre farm and have 20+ dogs.  She currently has two dogs: Kobe and Avon Barksdale.  You can experience her stampede of meanness on Twitter @ethnicninja or at bijaya@geeklyinc.com.

Most people on the internet expend an enormous amount of effort looking for the worst in everything. From movies to comics to video games, complaining has become an art form. This the opposite philosophy that Jonah takes to the world of geekdom. He is always looking for the cool new thing, or more often cool old thing, to show off to the world. Speaking of old, he’s old. Like one of the oldest people writing for this site probably. If you want to follow an old man on twitter, hit him up @spambot. If you’d like to email an old man send it to jonah@geeklyinc.com.

Nika plays Jaela on Drunks and Dragons, as well as help with some behind the mic stuff here at GeeklyInc. She love love loves video games, anime, Star Wars, and comics, but tabletop games are her jam. She is incapable of passing up on learning a new board game, especially if it has any element of sabotage and deceit (looking at you Battlestar Galactica) and is always up for some casual roleplaying games a la Fiasco. If you have any questions or things you want to see reviewed or to just chat, you can find Nika on Twitter @Nika_Howard or email her at nika@geeklyinc.com.