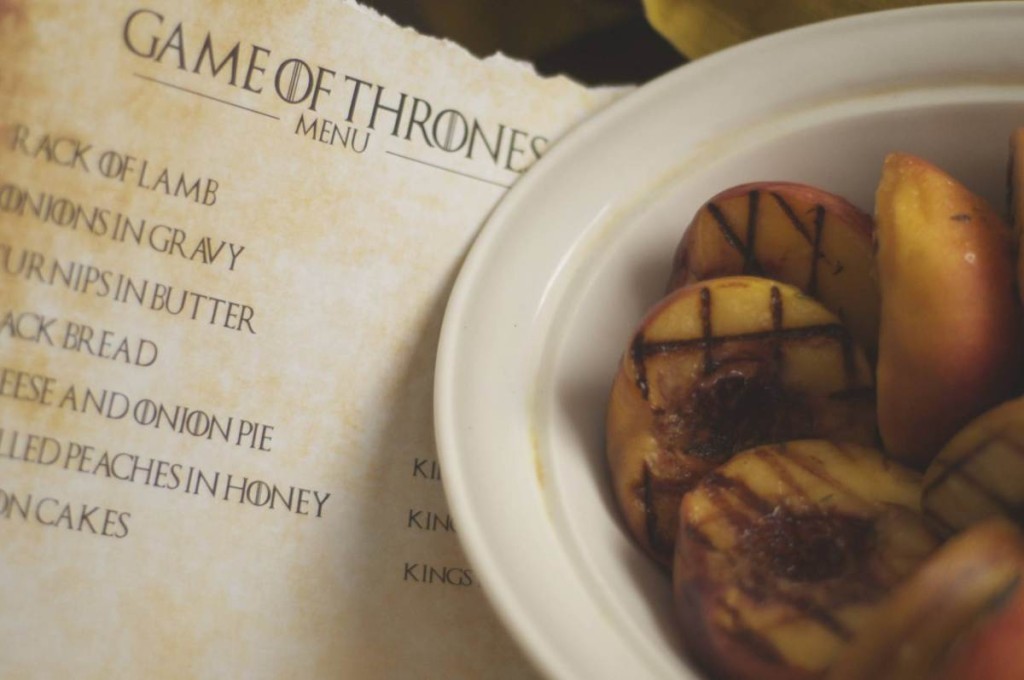 Happy Memorial Day, dear listeners! Since HBO decided to give Game of Thrones a little break this week, we will have a very special food-oriented episode of Cast of Thrones from the vaults! If you’re a book reader, you know how George R. R. Martin (aka Jar Jar) likes to talk about food, and it just so happens that we do too! So come on down and listen to Jennifer and her friend Alison Rinehardt Mauldin, creator of the blog Food in General, talk Game of Thrones food and cook books! If you want to read about Alison’s experiences with creating a Game of Thrones menu for a dinner party, go to her website: http://www.foodingeneral.com/.

Like the show and want to support us? Consider making a one-time or recurring donation by going here: http://www.castofthrones.com/donate