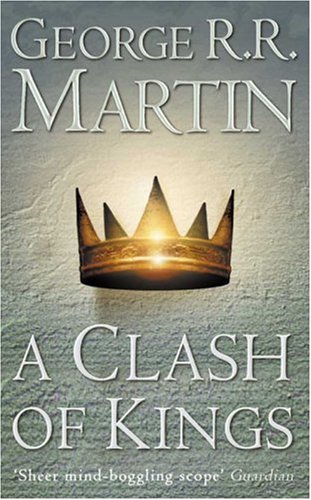 A dust settles on the battlefield. A group of haggard warriors lift off their headphones knowing that their victory over the Clash of Kings book club was complete. After weeks, and months of entrenching themselves within the meaty book they could finally breathe a sigh of relief. Jon was with the Wildings. Bran was alive and well, same with Tyrion. Things ended just as they were foretold.

You know that Game of Thrones will appear on TV soon right? All new episodes will start airing on HBO starting 3/31. Tell your friends and enemies about our podcast because I have a feeling that things may get a little confusing going forward.

Get a free book on Audible and support the show!