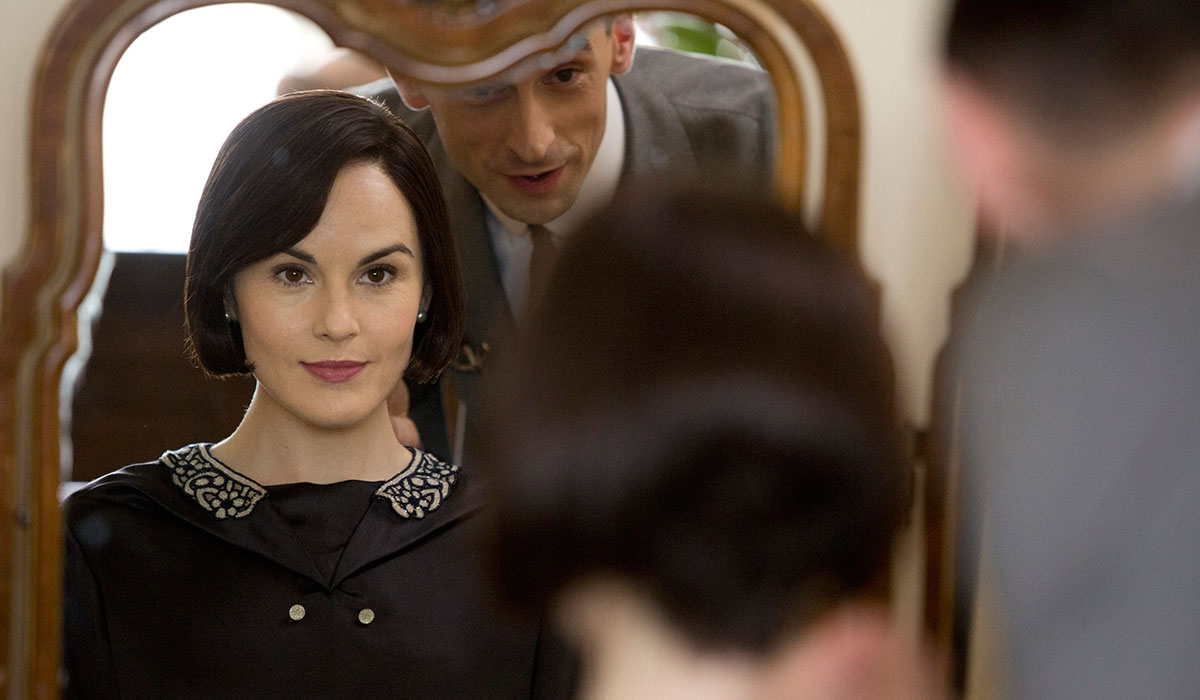 Welcome to the first Downton Abbey Weekly Recap. I know that the season is half over but we are just now getting to the good bit! My hopes are that these recaps will get discussions going between you Dowagers, Lord, Countesses, Vicars… you get the deal. If you have any suggestions, please let me know!

Please note that if you HAVE NOT seen Season 5 Episode 6, you may want to refrain from reading further, since this is a recap and will contain details about the episode.

Most of this season of Downton has been “this is where we left off last season” and exposition. With episode 6, we are finally getting to the meats and bones of it all. The plot thickens with revelations about Mr. Bates (who done done it?) and Michael Gregson; Prince Kuragin professing his love to Violet; Mary being Mary (DAT HURR DOE); Isobel planning on accepting Lord Merton’s proposal; Thomas trying to “fix” himself, and Cora telling Robert off (we all saw you kiss that maid in Season 2, ROBERT!). That’s about it. See you next week.

In search of Anna’s buttons, Mr. Bates finds the diaphragm – Mary’s diaphragm – which he mistakenly believes Anna has been using. Because she doesn’t want to bear his children. Because she thinks he’s a murderer. Buuuut, turns out he’s not. GASP! He FINALLY tells Anna that he knew Mr. Green (Lord. Gillingham’s valet) raped Anna and he totally was going to do the murdering but he didn’t go through with it. While Anna is obviously relieved that her husband is innocent, we are left scratching our heads – so who killed Mr. Green? I don’t think Baxter’s answers helped Mr. Bates’ case any – although I don’t know if it necessarily hurt his case either. And is this going to be another Bates-goes-to-jail-even-if-he-didn’t-do-it deal, harkening back to the time when he was jailed for killing his ex-wife? I certainly hope not.

There’s terrible news awaiting Lady Edith. Michael Gregson is dead and his remains have been identified. As long suspected, he appears to have been beaten to death by Hitler’s thugs. Edith’s baby daddy and the love of her life is dead and, apart from Cora repeatedly saying “poor Edith”, her family doesn’t come off as being too sympathetic to her loss. They are planning a picnic and saying “come on guys, he’s been dead for ages”. Real nice. Edith has never been my favorite character; I have long seen her as the Debbie Downer of the Crawley family (especially in Season 1). But her family could have done a tad bit more to help her through this trying time. After getting nothing from her family, who are off gallivanting, she takes off on her own – but not before coming clean with Mrs. Drewe and taking Marigold with her. Guys – how sad was that scene? Mrs. Drewe refusing to let her take Marigold, ripping up the birth certificate, finally realizing she didn’t have a choice, and then saying the sad goodbye. Tears. 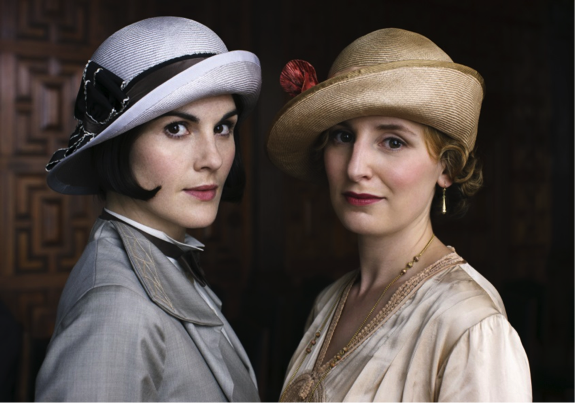 Now, let’s talk about Mary being Mary. I say Mary being Mary instead of Mary being mean because I don’t really think she meant to be mean to Edith; she just doesn’t think or care about Edith (which I guess is mean in itself but I digress). Her being insensitive towards Edith’s feelings wasn’t deliberate but more because she doesn’t GAF about Edith. So when she was parading her new haircut (reminded me of Sybill showing off her harem pants) and planning the picnic, she didn’t do it with an intention to be mean to Edith; she did it because she’s Mary and Mary does what she does. It’s the same with her trying to still show that she can entice Charles and Tony. She’s not doing that to be mean – she’s doing her, whether that’s good or bad. In some instances, I’m all “Go Lady Mary. You do you, girl.” But other times, i.e. Edith after Michael’s death, I’m all “You ain’t gotta be fake and love on her, but come on! Show some sensitivity.” 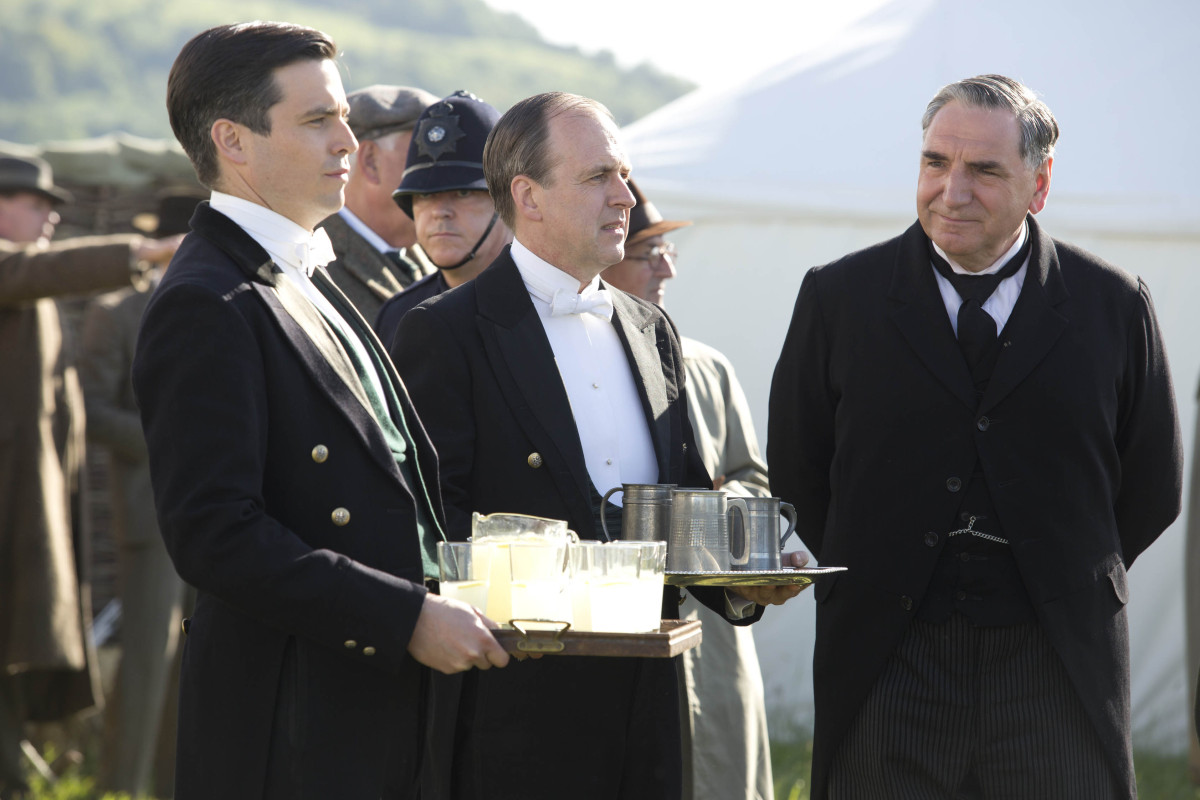 Shorter notes from the episode, Thomas has been trying to cure himself of homosexuality by injecting himself with saline, which in turn has caused an abscess on his butt. Baxter convinces him to go to Dr. Clarkson, who tells him that the saline injections won’t cure his situation and to accept it. This isn’t really a “being gay isn’t bad and you should accept it”. Since it’s the 1920s, it’s more like “this is not going to help you so all you can do is live your life”. I would feel bad for Thomas if he wasn’t constantly scheming to fuck people over.

How sweet was Molesly trying to share his books with Daisy? Bless his heart.

And how fast are Rose and Atticus moving? They are damn near engaged already! Good lawd. 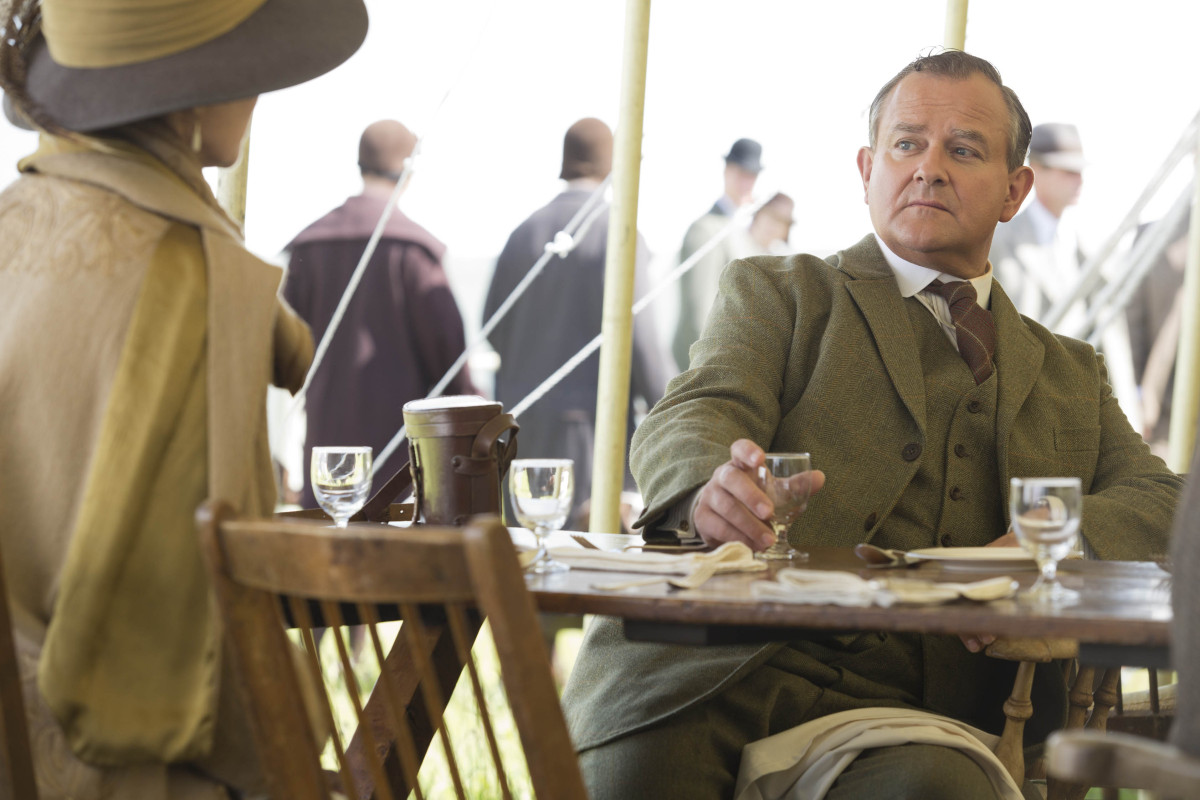 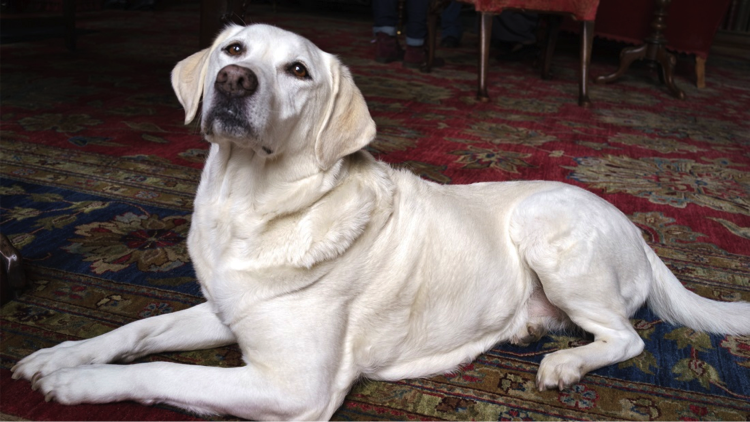