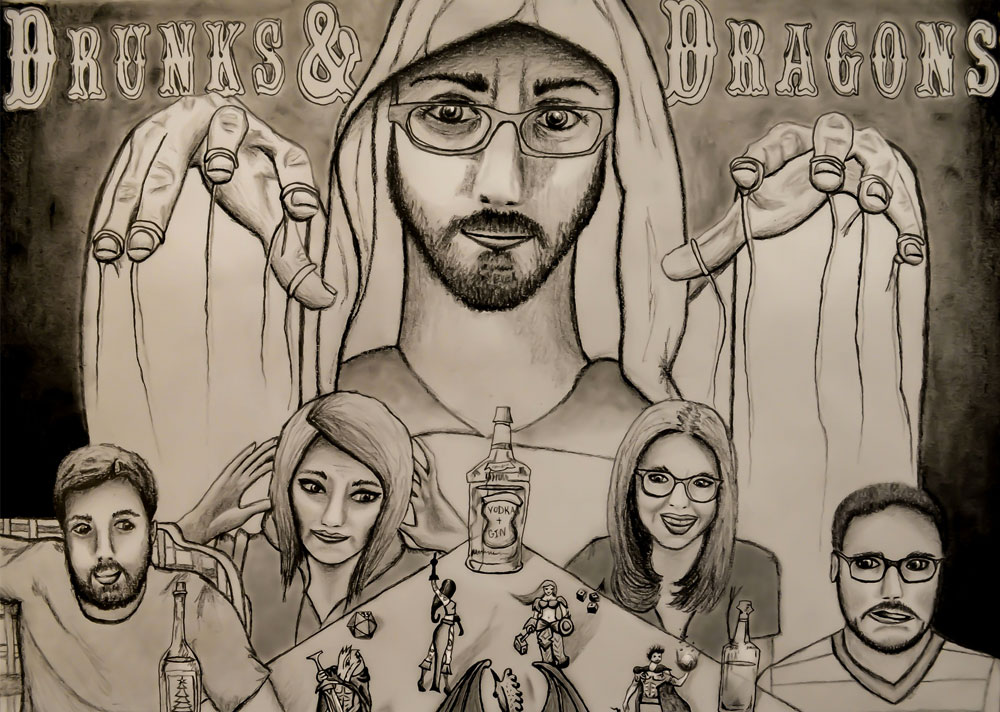 Having bested the Slaadi force with… mostly impressive battle tactics the gang got to the task at hand – harvesting those crystals! For most of the encounter Thom was continuing to lock lips with his new Slaad friend in some sort of long con. Without spoiling too much, Harper and Jaela did work with the crystal harvesting and Aludra was also there. Once Thom emerged from his smooch fest it was time to return to the dreaded Pyre…oh gosh!
The adventure continues with Titus Harper (Tim Lanning), Thom the Dragonborn (Mike Bachmann), Aludra (Jennifer Cheek), Jaela (Nika Howard) and your Dungeon Master (Michael DiMauro). Don’t forget to follow our editor Steph Kingston (@stephokingston)!