This is an… interesting episode full of a bit of experimintation. Mostly we tried to really dig into the question of “What if?” and learned to live with the consequences. Join us as we explore the pirate island of Bowbreaker Bay searching for clues for the Lost Isle. Maybe we make a friend or two. Maybe we murder an NPC or two. 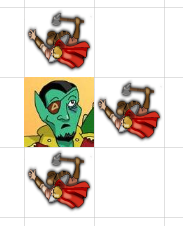