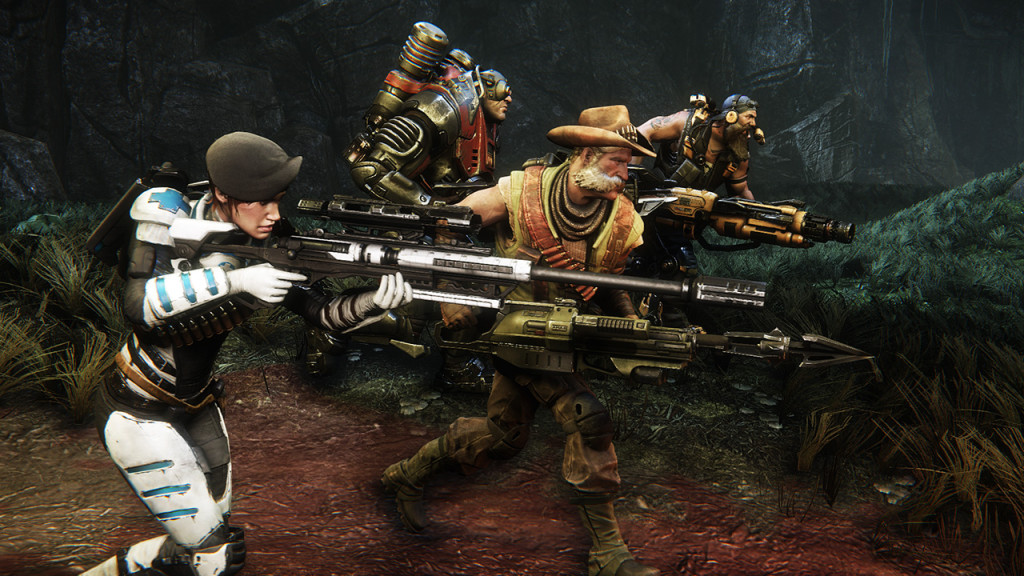 Evolve is a new game from the creators of Left 4 Dead and they’ve taken the concept of a 4 person co op shooter up a whole other person. Evolve is a multiplayer shooter where 4 people play on one side versus a player controlling what is essentially a boss monster.

The monsters roll is to run around a huge environment looking for prey to eat. If he gets enough, he evolves becoming a more powerful threat. There are 3 stages of monster with each successive stage being more powerful. The monster uses a series of melee and ranged attacks to fend off and kill the human hunters. 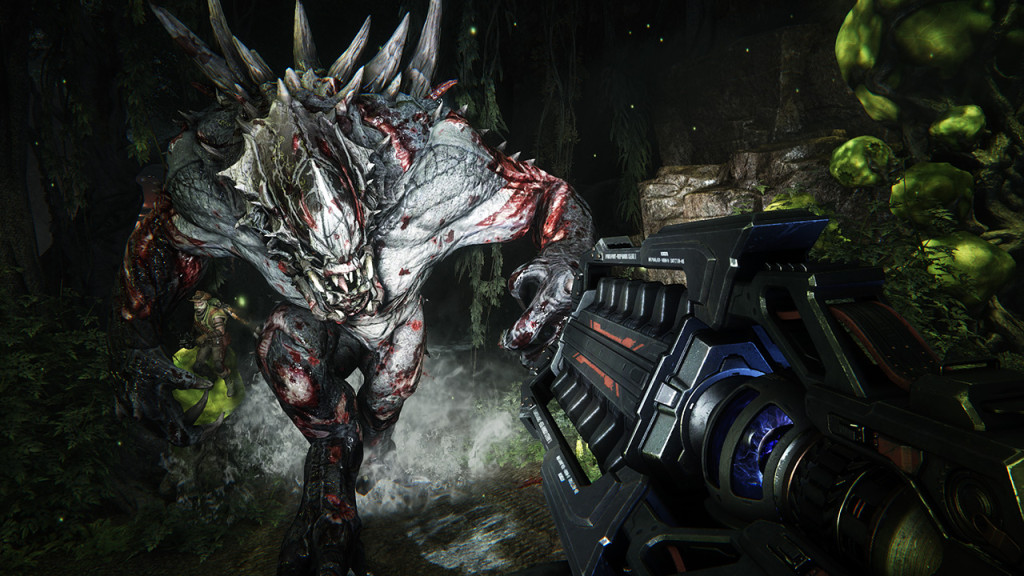 The hunters job is to track down and kill the monster as fast as possible or at least before it reaches level 3 and becomes a huge pain in the ass. There are 4 classes and each player chooses one. The Trapper is about containing the monster so it doesn’t run off into the woods. He has a giant shield he can drop on the map fencing in the monster creating an arena for everyone to fight in. It is also the character I am most familiar with as thats the role I played in our demo. There is also a support class that helps buff players, a medic who can heal, and an assault class to deal all the damage. It has a slight team fortress vibe.

Overall the game was a lot of fun in the short time I had with it. There seems to be very specific and crucial rolls for each character to fill. If someone on the team isn’t working together, you will die very quickly as we found out. 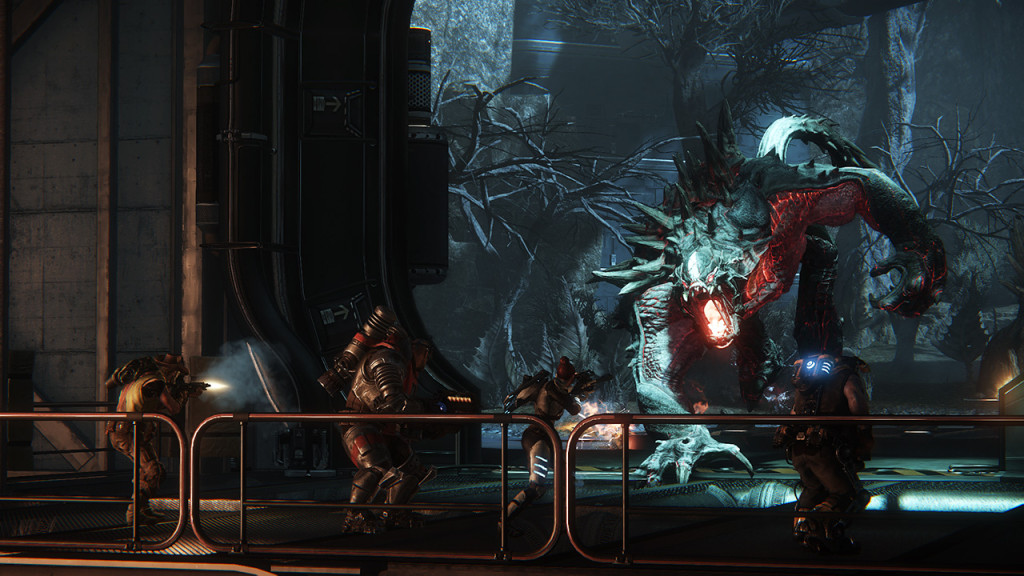 As for the graphics, this game is gorgeous. Running on the Crysis engine, we played on PC’s running nvidia 770’s and it ran perfectly. Evolve is also coming to PS4 and Xbox one, but weren’t on hand to check out. The game is full of lush vegetation and random wild life. Every inch of the map we played was packed with detail. These weren’t small maps either, we seemed to track the monster through the jungle for quite a while.

While the game was fun in this short burst, I don’t know how it will hold up in the long run, but I can’t wait to find out.