When I was eleven years old, I wanted a lot from the world.  I wanted my first Pokemon, and my Hogwarts Letter, but most of all I wanted a magical animal to come tell me I was destined to fight evil in a pretty outfit.  Somewhere in there I was probably going to fit in a little sleep.  Young Steph had her priorities figured out. 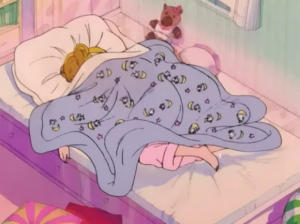 It will surprise absolutely nobody who knows me than I have a bit of thing for Sailor Moon.  I was about 6 when I saw my first episode, and it would come to be my first major pop culture obsession.  At that time my family didn’t have cable, so my grandparents would tape episodes for us and mail the tapes to the other side of the country for us.  Or we would go to the video store (RIP 5 Star Video) and rent the same two episodes over and over.  It’s safe to say that Sailor Moon permanently rewired my young brain to adore anything and everything related to what I now know as Magical Girls.

Magical Girl typically refers to anime, where the term was coined and the genre is most pervasive, but there are other examples as well.  Magical Girl shows feature young girls, typically 10-17 years old, who are given magical powers and a mission to fight evil.  Sailor Moon, The Powerpuff Girls, and even Buffy the Vampire Slayer all fall under the umbrella of Magical Girl.  Sally the Witch is often considered to be the first Magical Girl anime, which in turn drew its inspiration from the American show Bewitched.  The shows often feature girls dealing with a balance between real life and their magic duties, which they have no ability to opt out of.  Schoolwork, romance, family life, all while keeping their secret identity just that, a secret, become a major part of plot. 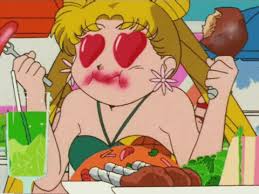 Pictured: An important part of saving the day.

Though few shows bring it up explicitly, there are obvious parallels between the physical and emotional changes of puberty with the changes Magical Girls go through.  Physical transformation is often a component of being a Magical Girl, with the transformed versions of the characters being instantly bestowed with grace and knowledge their untransformed selves don’t have.  Usagi Tsukino is a lazy crybaby, but when transformed into Sailor Moon she is (mostly) a mighty warrior for justice who always has a clever quip ready to throw at an enemy.  Children often believe adulthood just comes with magical knowledge of how to adult, which as a mostly self identifying adult I now know to not be true.  You can talk to all the cats in the world, but none of them are going to teach you how not to burn spaghetti.

You also can’t talk Magical Girls without talking about what the genre has done for feminism, particularly for young girls watching TV.  Young Steph didn’t realize how lucky she was to find a female driven superhero show at the tender age of 6, because for a long time such a thing just did not exist outside the Magical Girl genre.  Magical Girl shows literally empower the characters with the ability to fight evil and kick ass while being female.  Femininity isn’t seen as a weakness, but a weapon, and traditionally feminine traits like strong emotions become a power source.  Shows also typically feature ensemble casts, giving watchers the ability to identify with at least one character rather than just the single token female character on other shows.  The ensemble cast also means most shows give a strong value on friendship and teamwork, with girls working together rather than competing against each other. 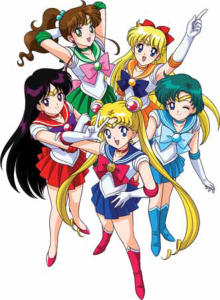 Amazing Moon Girls art by Kym Stonick, you can find her @kymcattys or www.kymstonickart.com