At GenCon 2016 Nika Howard, Brad Brockway, and I were fortunate enough to be invited to a press event for Mythic Battles: Pantheon, where we got a sneak peak at this intriguing upcoming miniature based tactics game.

Mythic Battles: Pantheon is an miniature based game made by Mythic Games and Monolith Board Games, who you might remember from their insanely successful Conan the Barbarian Kickstarter.  Game Director Leonidas Vesperini explained that in the world of Mythic Battles: Pantheon the Titans rose up against the gods of Olympus, and while they were defeated, the world was left in ruins and the gods themselves became mortal.  As a god (Ares, Athena and more) you are vying against other gods to become the new master of Olympus and ruler of the gods.  All your favourite figures from Greek mythology are along for the party, from Achilles to Medusa. 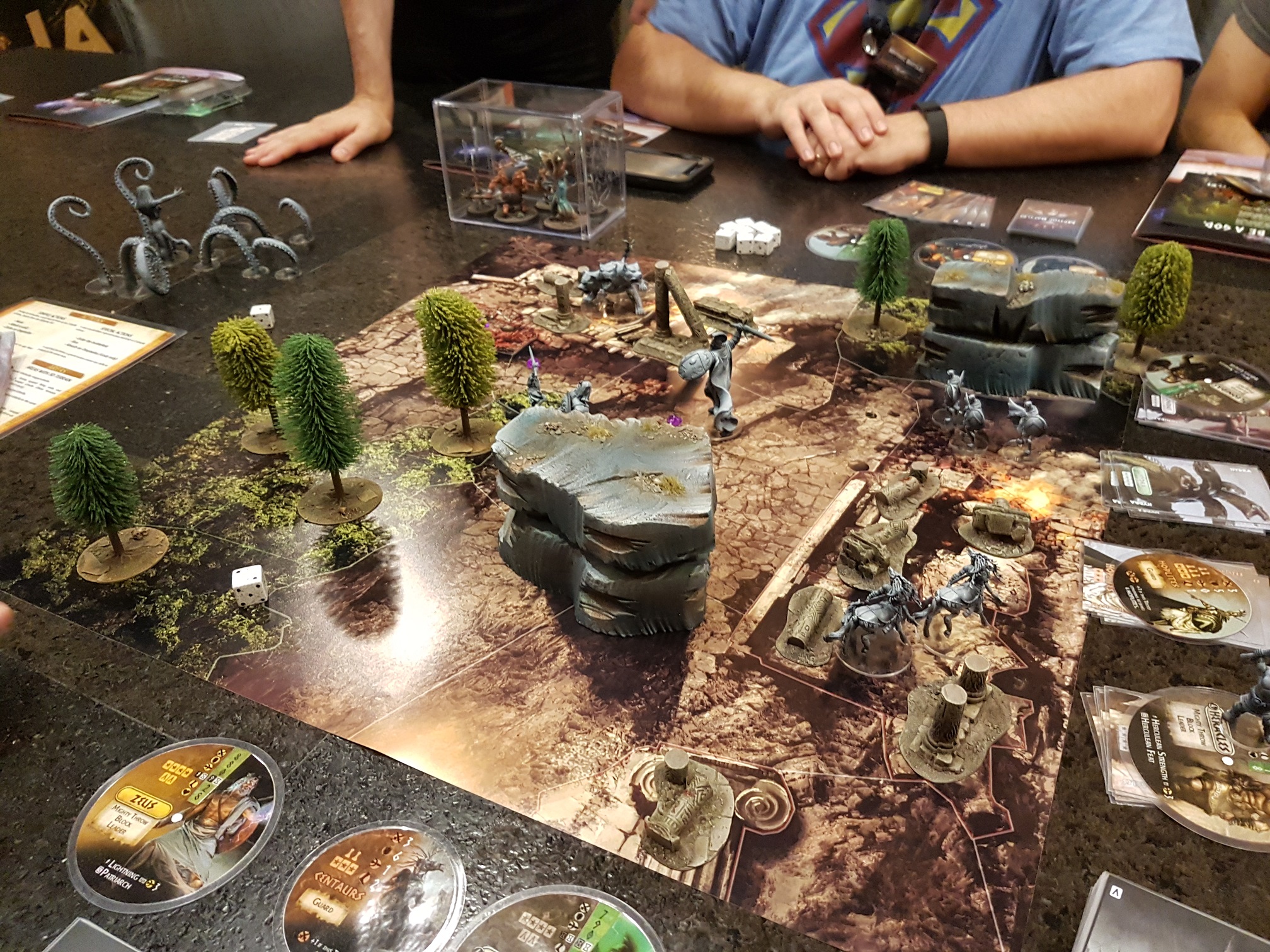 Mythic Battles: Pantheon is for 2-4 players, and the base kit of the game contains enough material to gives you tons of replay-ability.  Along with the regular mode of play for the game, it also contains scenarios with specific goals like guarding the gates of Hell from attack.  There’s a high emphasis on the story element of the game, and there are multiple ways to win a game.

The thing that struck all three of us the most about Mythic Battles: Pantheon was the incredible effort and detail they’ve gone into for the art and design of the minis.  They’ve recruited some incredibly skilled and experienced artists for this game like Paolo Parente (Magic the Gathering) and Stefan Kopinski (Games Workshop). The detail and artistry on the minis is incredible to look at, even in their unpainted forms they are dynamic and intricate.  The pieces in these pictures are resin, and we got to see a sample of the plastic cast minis that carry the detail over very nicely. 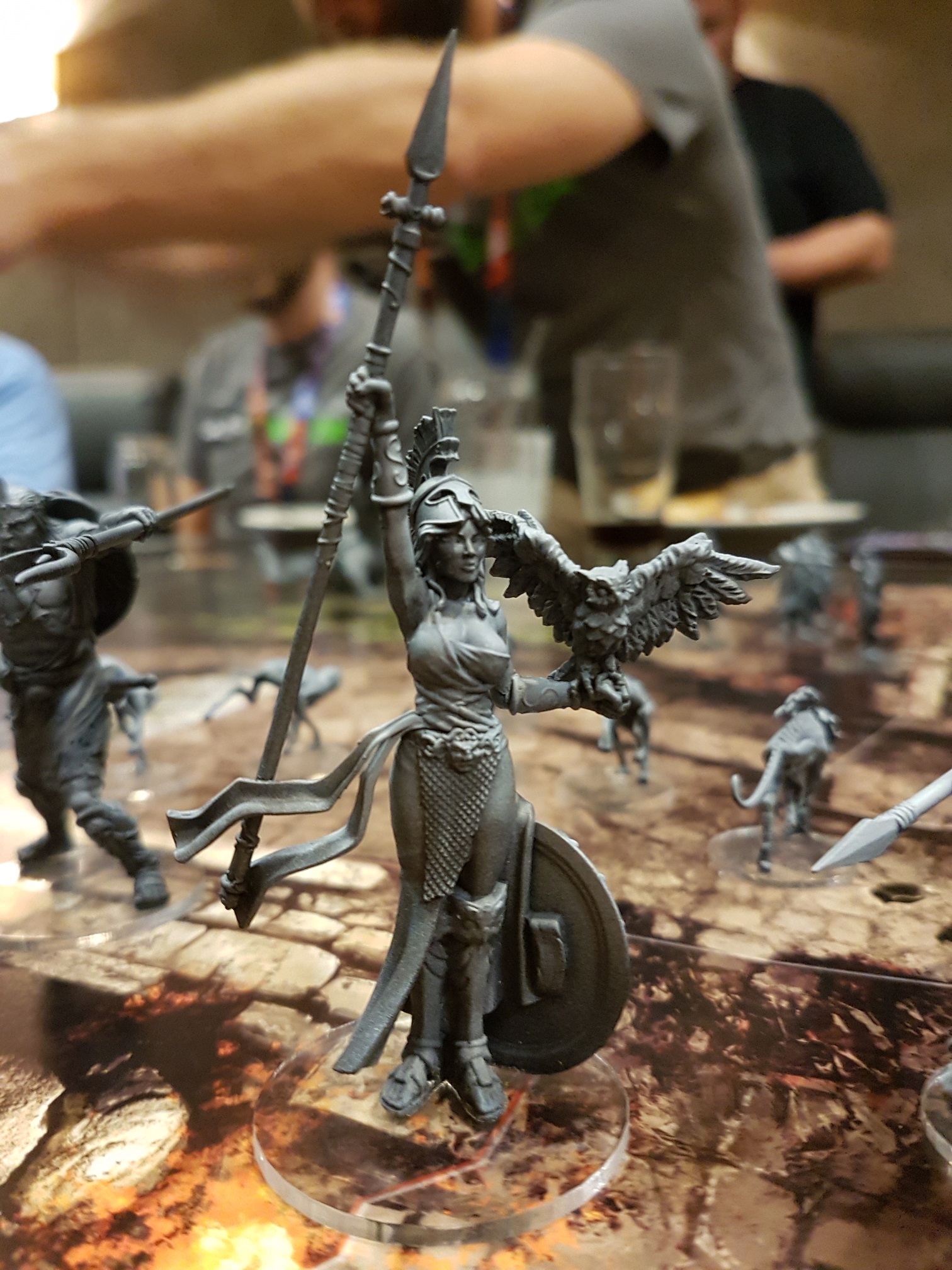 Now I am not a person who plays miniature based games.  The concept of spending a massive amount of time, energy and money on collecting tiny objects that sit in a box 90% of the time just doesn’t appeal to me.  And mostly miniature based games tend to be the kind where you need to strap in and prepare for a least a few hours of play.  Mythic Battles: Pantheon takes 60 minutes to play, and with a starting price point of $100 for a NUMBER OF MINIS those concerns are definitely alleviated.  Rather than a focus on numbers and collecting, they’ve clearly focused on style and accessibility.  After Leonidas took us through the concept of the game and the upcoming Kickstarter, a few other members of the press present got to do a sample play.  They picked it up fairly quickly, and there were a number of interesting mechanics, particularly the dice rolling.  You can use certain dice rolls to power up other rolls, and while it was a little confusing at first it provided an interesting layer of strategy. 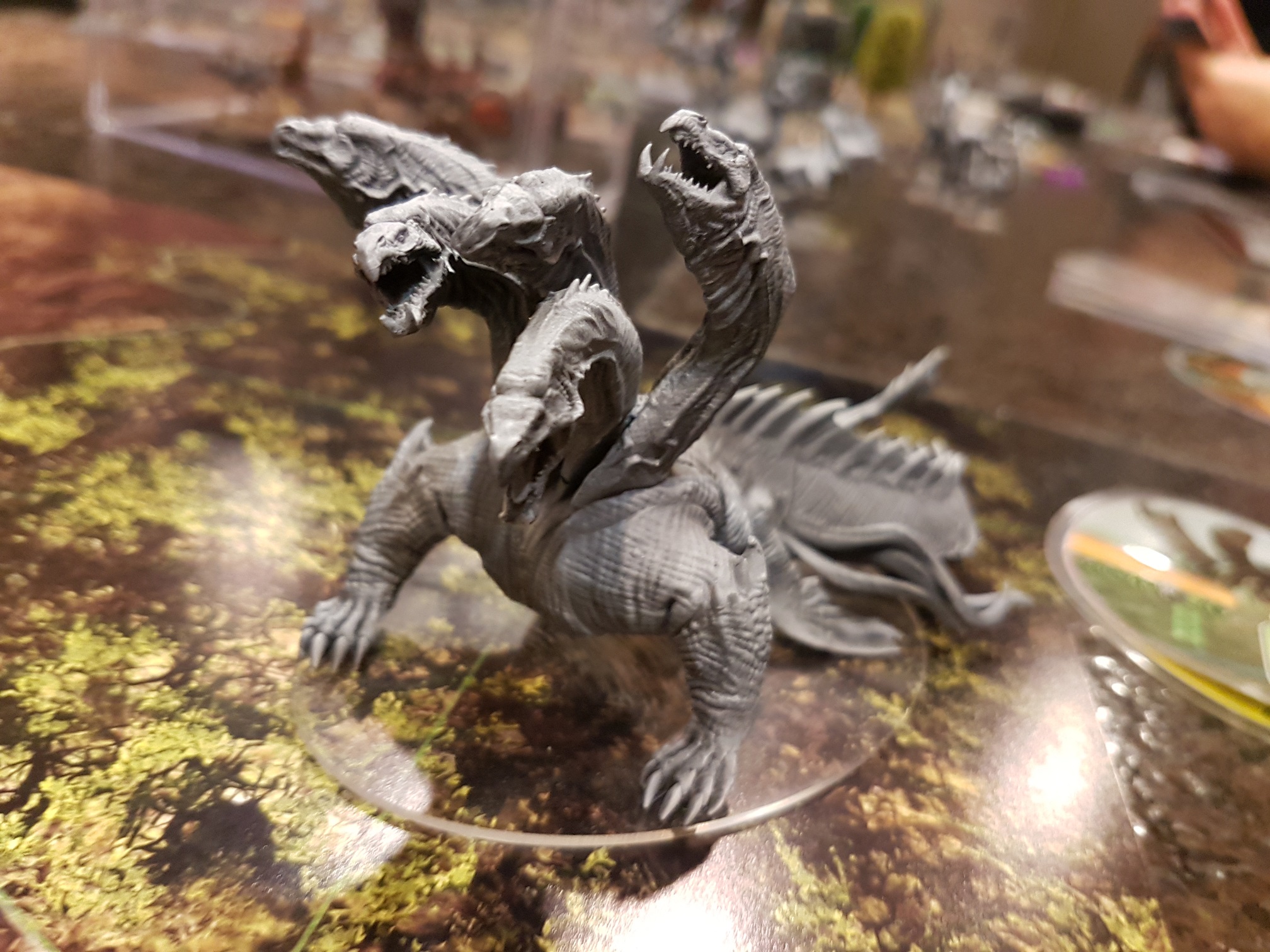 If you’ve loved miniature based games for years, or if you’ve always wondered, or if you’re like me and never really been interested, I think there is something there for you in Mythic Battles: Pantheon.  It’s an incredibly good price point to get in on, and they have a number of excellent stretch goals and expansions planned for the Kickstarter (we got to see a few, but we can’t tell you about them).  Suffice to say that Mythic Battles: Pantheon oozes style and potential and if you’re interested in mythology, minis or tactics at all you should definitely watch for their Kickstarter in Fall 2016.