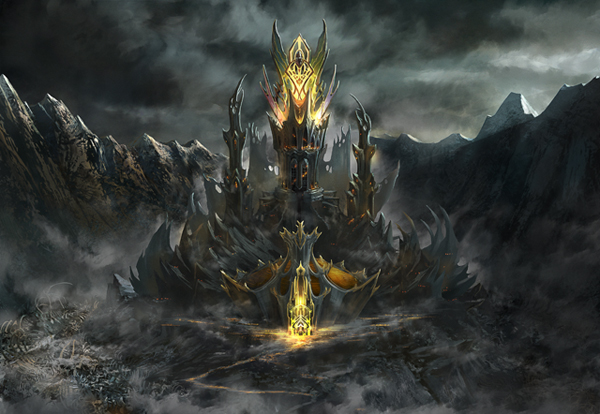 The Temple of Tiamat. Do not go here for happy hour. Terrible service, IMHO.

Wizards of the Coast has announced the next genre spanning, multimedia story line for their Dungeons & Dragons universe and it is all about dragons! Tyranny of Dragons will task the brave adventurers of the Sword Coast with stopping legions of evil aligned dragons from collecting five ancient dragon masks. Why do they want these masks? To release that saucy minx Tiamat from the Nine Hells! There are also normal evil dragons and your run of the mill Dragon Heretics causing mischief throughout major cities like Waterdeep and Neverwinter. Head to the Tyranny of Dragons site for more information.

So far, Tyranny of Dragons sounds similar to the Sundering. It will span video games, mobile games and role playing sessions at hobby stores. Unless Wizards is being hyperbolic, Tyranny is set to be the largest story yet. It will be hard to top The Sundering, but I am really excited to see what they have in store. 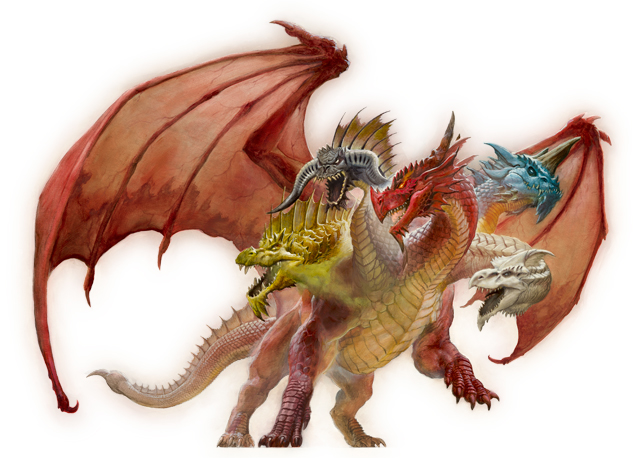 My girl, Tiamat, couldn’t decide which dragon aspect she wanted to be so she chose ALL OF THEM.

Speculation time! The Sundering had six huge books and they are not all released yet. I wonder if Tyranny of Dragons will have such a heavy focus on releasing books. I hope they focus on a nice tight trilogy, but there has to be at least one book right? They mentioned video games and mobile games so I hope that they release an immersive and polished game. Something that would be at home on Xbox Arcade or PSN.