Blizzcon 2016 is in full force today and Blizzard just announced the newest character to join the heroes of Overwatch, Sombra. What we know right now, based off her introduction video, is that; she may work for “the bad guys” but she doesn’t seem bad herself, she is a hacker that can potentially have the power to “shut down” or control electronic devices/other characters (just how has not been released yet). Additionally Sombra was shown teleporting to her own personal teleporter and using a sub-machine gun. More importantly she can turn invisible. Sombra looks like an amazing new edition to the Overwatch team and we can’t wait until November 8th when she is added to the PTR!

UPDATE! Sombra’s overview in live on the Overwatch site! I am already weeping for Reinhardt’s shield.

Watch the Sombra’s introduction video below and let us know what you think about the world’s newest hero!

UPDATE 2! From the Blizzcon Overwatch: What’s New Panel we got a chance to see a concept of Sombra’s alternative skin. It is still concept art, so who knows what it will look like in game, but it is pretty rad! 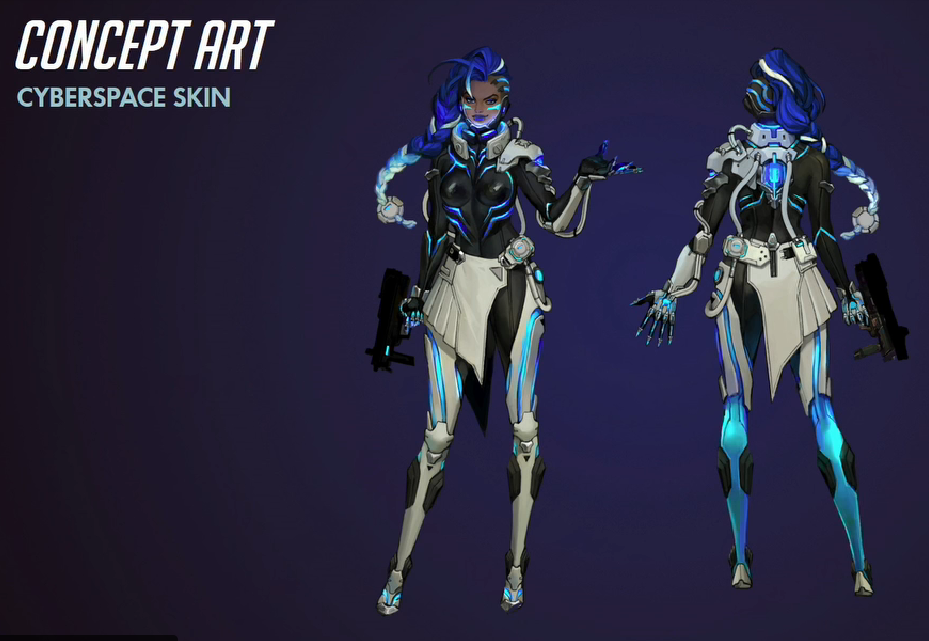