IMG.PRO has been one of my first stops each year at PAX East due to their innovative, beautiful, and usually horrifying games they showcase. This year was no different and as soon as I could I found their booth. Sitting down I placed the headset on, gripped the controller in my hands, and began to prepare myself for the horrors I was about to uncover in their and Telepaths’ Tree’s new game, Inner Chains. 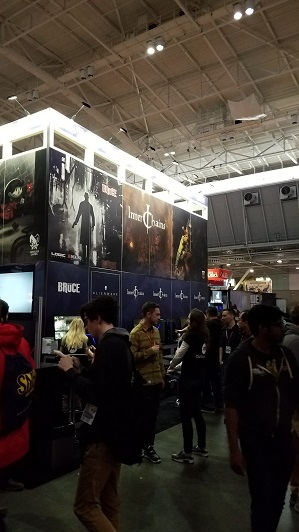 Inner Chains places the player in a beautifully designed hell-like world that strikes fear and horror at every turn. The walls seem to breath as I walked past, strange plants lurk around corners waiting for the chance to pierce through your character, skewering them like a kebab. The worst yet are the shambling death figures; decayed bodies chasing and pulling at you to join them in this hell. Of course, though the death figures are not alone, they have their faithful hell-hounds usually by their side, ripping and lashing at your heels. All this comes together in this first person shooter to create a rich and immensely terrifying world. 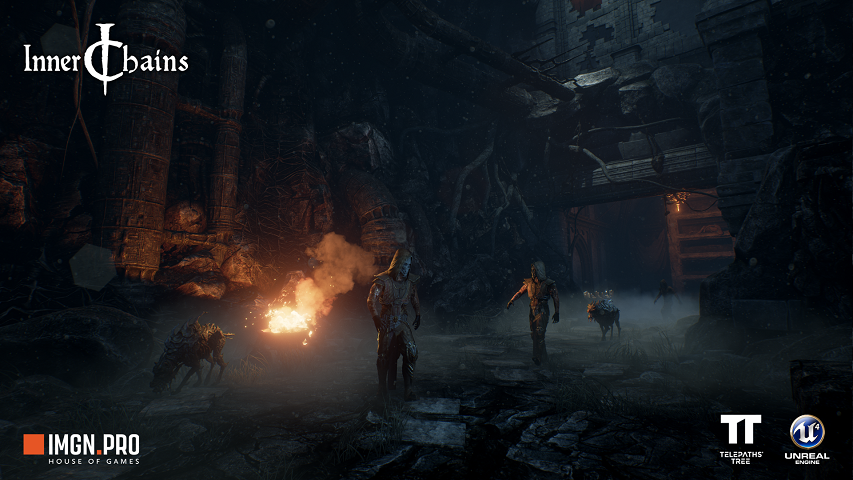 Gameplay for Inner Chains is pretty standard for an FPS. Since this style of game is my jam, I found the controls very intuitive and easy to quickly pick up. The weapons were something I found new and pretty impressive and had a great time with the flame-thrower. Each weapon hooks onto your character’s arm essentially becoming a part of them. These bio-mechanical weapons then feed off of the life force of certain plants in the world. The hard part while playing is learning and being able to recognize which plants are helpful and which ones just want to eat you for dinner. Once you drain one of these plants though, the ammo comes from the player’s life force. I especially liked this aspect of it because it made me think more about just shooting everything and really focused me on finding other ways out of potentially dangerous situations. 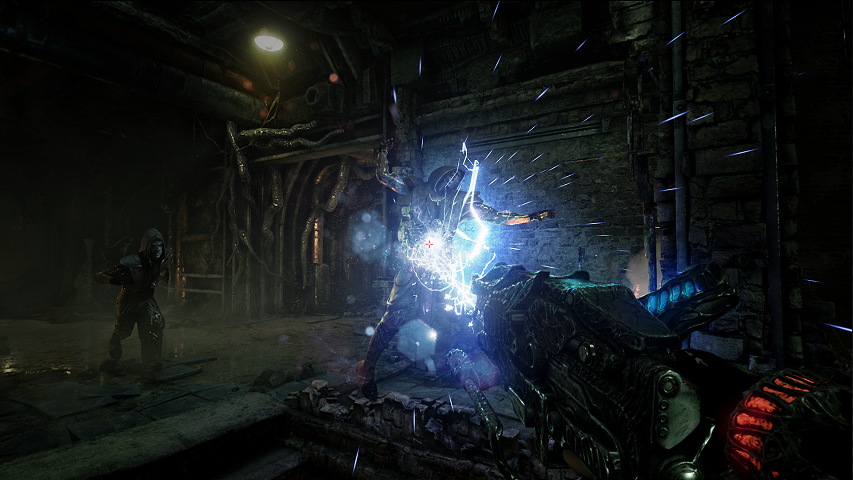 Overall I very much enjoyed the hands-on playtime I had with Inner Chains. It dropped me into a crazy apocalyptic world where the dead roamed the lands and even the dogs were not always “man’s best friend”. Inner Chains is set to release on PC and console around the second quarter of 2017, but you can add it now to your Steam wishlist to make you don’t miss out on playing this terrifyingly fantastic horror game!