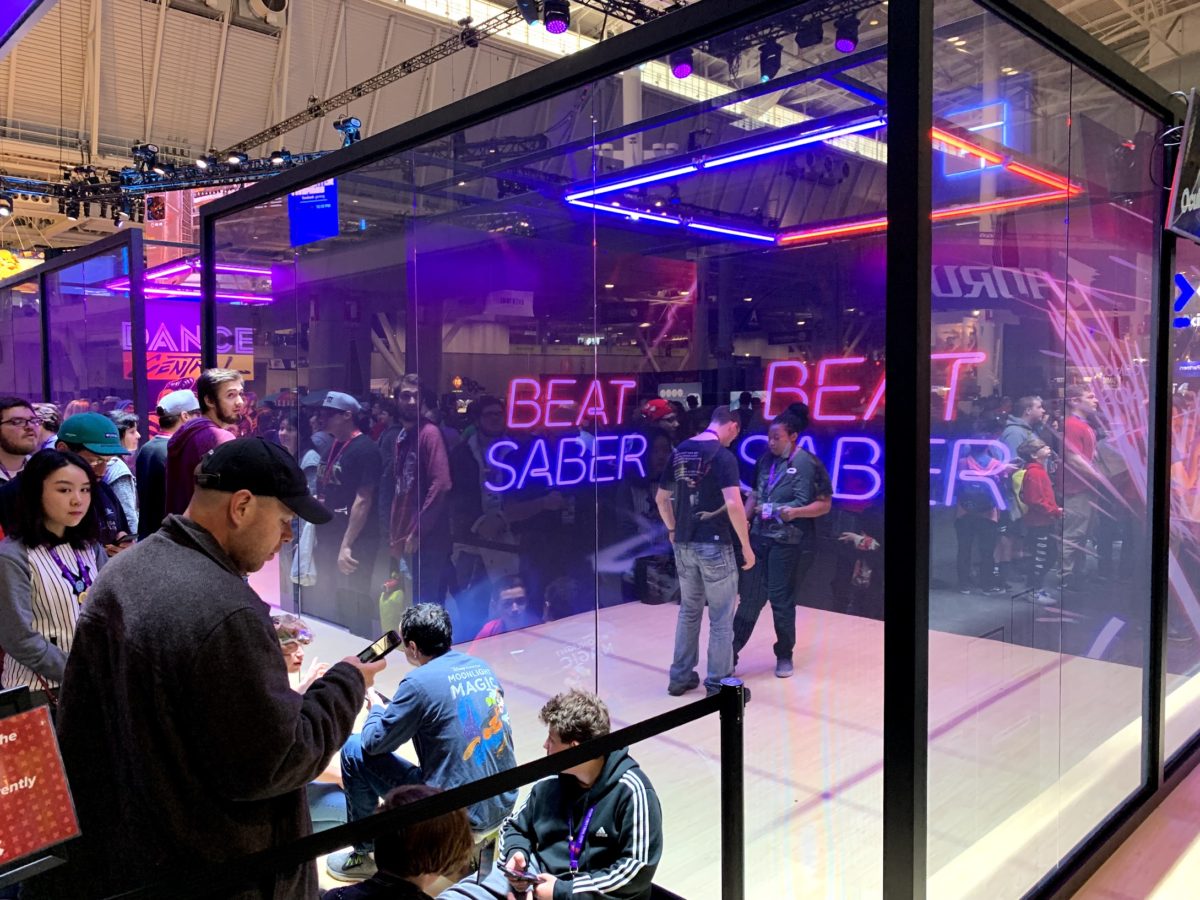 Here at Pax east 2019, facebook is here in full force to show off their latest VR hardware and games. On hand is the newly announced Rift S and the Quest. I got to get face on with the Quest and played Beat Saber and Dance Central.

I have a good amount of experience with VR. I’ve owned an HTC Vive basically from launch and I purchased a Playstation VR last Black Friday. The Oculus quest feel extremely nice and high quality. It’s lighter than the HTC Vive and feels more solid than the PSVR. I’ve always had issues using the original rift with my glasses, but I’m happy to report my glasses fit fine in the Quest. I haven’t used the original rift touch controllers all that much, but the ones on the quest felt very similar. As for the resolution and the screen, it felt fine and I couldn’t really tell a difference from the other headsets.

Beat saber was a good demo to do as its fast and frenetic. I moved around and tried to throw off the tracking, but it was perfect. It never lost where I was. The hand tracking was good to and as far as I could tell, on point. The only complaint I had was the sound comes from the headset itself, and wasn’t loud enough on the show floor. But you can plug headphones in, as I did on Dance Central.

Dance Central from harmonix is back on Oculus. Once you’re in the game and on the dance floor, you match the arm movements of the character in front of you. The tutorial is deceiving as its extremely easy. When I did an actual song, the movements were much more complicated. It also appears be tracking the position of your fingers. Some dance moves required a fist or an open palm. While I think it would be extremely fun at home, it was probably the most embarrassing thing i’ve ever done on the show floor. Dancing badly, to music no one else can hear, following commands no one else can see.