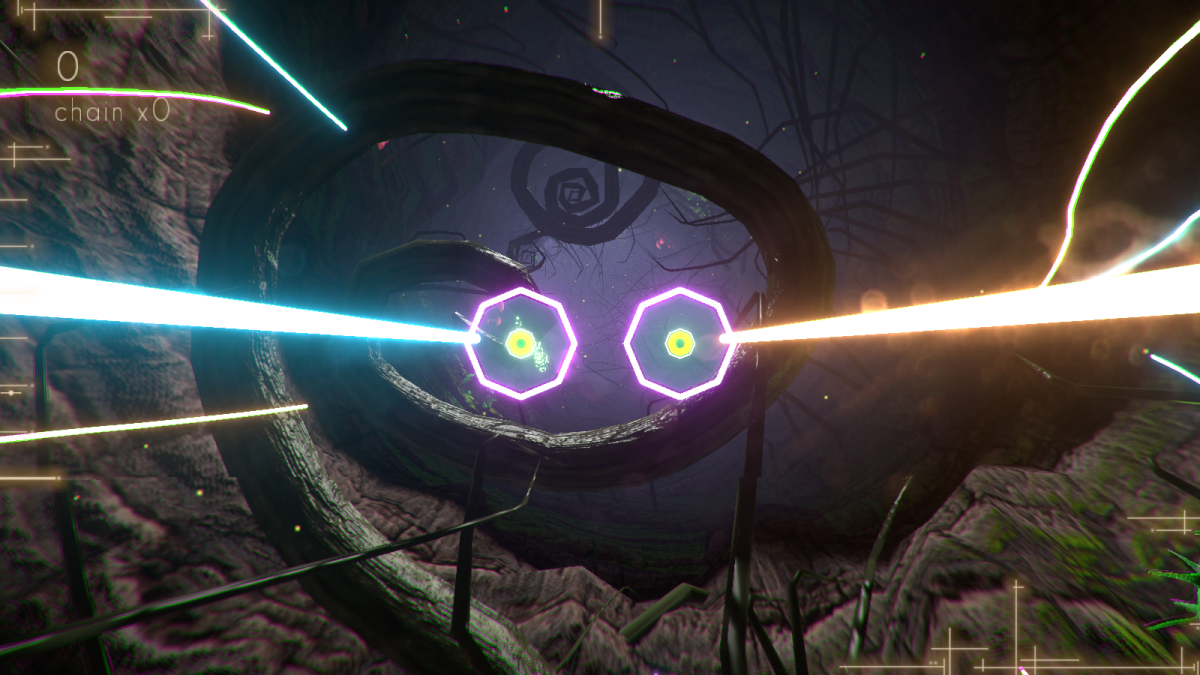 Laserlife is the new series from the people that gave us the wonderful Bit Trip series and it is set to put you in a whole new kind of trance. Combine trippy visuals, unique rhythm gameplay, and a crazy story and you have a recipe for an enticing game.

Laserlife gives you control of two lasers flying forward through space. With the help of the music you guide both lasers with the analog sticks to hit targets in the world. When you hit them, you then have to hit the triggers to activate the targets. It’s something that looks really simple when watching it, but is an immediate challenge when playing. Unlike most rhythm games, Laserlife is almost an analog rhythm game. You’re gently guiding your laser buddies to their destinations, and hypnotically jamming the triggers to the beat. 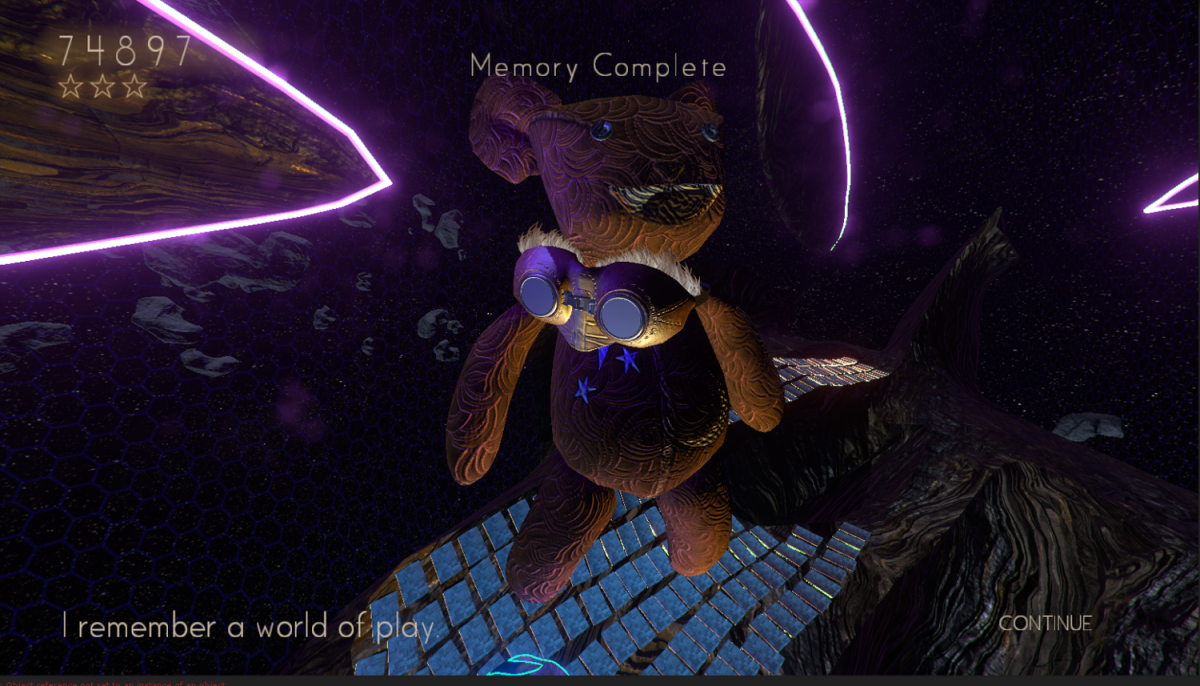 The story, yes the story to this music game, is also really interesting. Your lasers are actually an advanced alien life form and they’ve found a long dead astronaut. Your trips in the game are literally down memory lane, as you attempt to recover the long dormant memories of this man. As you advance through the game you get a subtle view of this persons life.

Playing this game puts you into a weird trance. You’re forced to focus on so many things at once you can’t help but give yourself over to it. It’s like patting your head and rubbing your stomach while playing the bongos…and thats a good thing. Look for it soon.