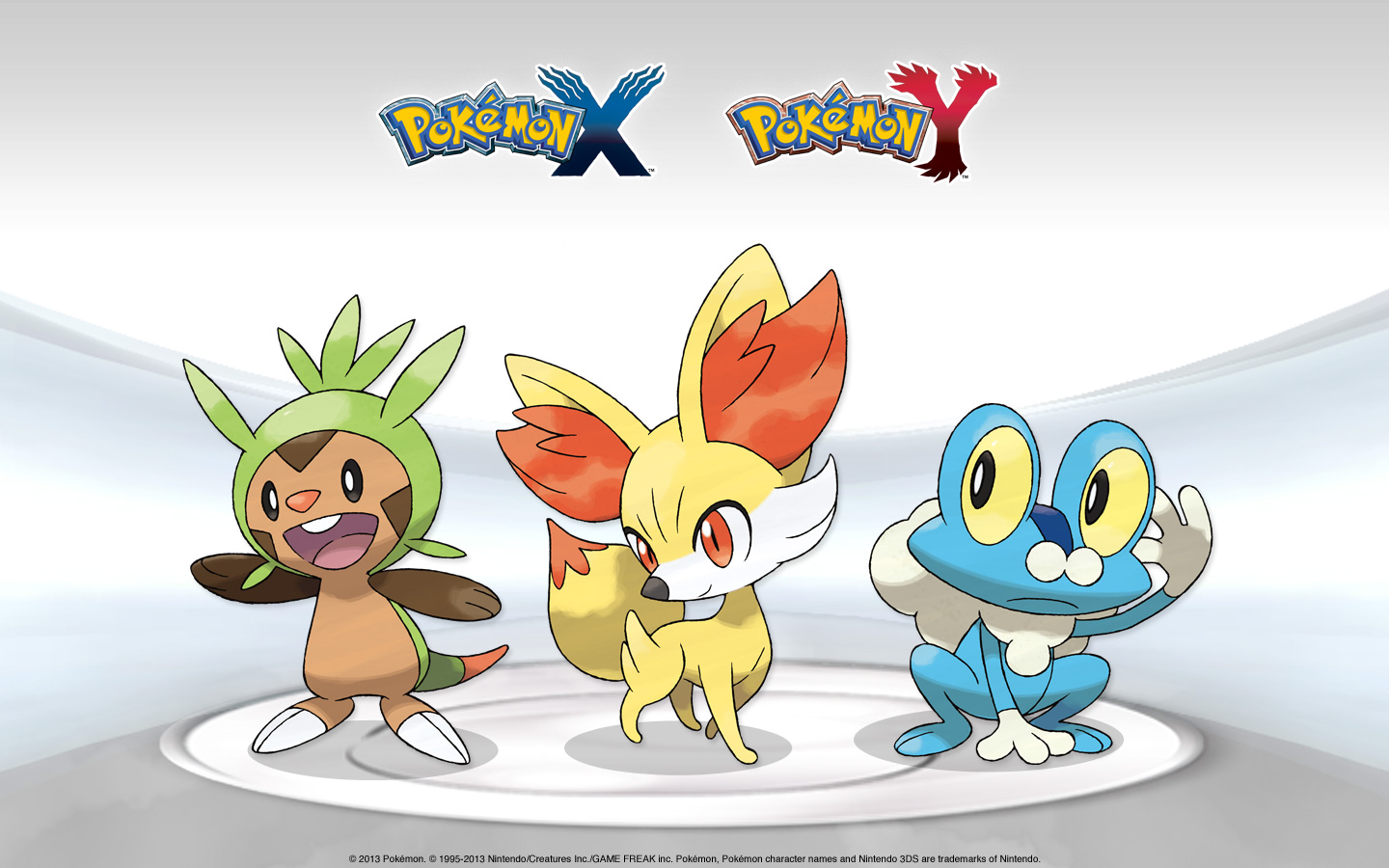 Howdy all, I’m Josh, aka Josketh, aka King of Storms, aka ITS YA BOI YA ALREADY KNOW! If any of you out there follow me on twitter (@josketh) you already see my nonsensical rantings and ravings about Pokémon, especially the most recent titles, Pokémon X and Y. I’ve been playing Pokémon since Red and Blue debuted in the 90s and I’ve stuck with the titles ever since. Pokémon help mold me to become more social and also planted a love of nature into my soul. The series will always hold a special place in my heart because of that.

Now, sentiment aside, I am like a walking encyclopedia of Pokémon knowledge (excluding the card game). My friends have always come to me about what attacks to teach their Pokémon, when and how certain species evolve, and to what levels to raise their bros before taking on gym leaders or elite four members. What I’m here to do now is help break in people to the world of Kalos in Pokémon X and Y, as well as help those who have completed the game’s story mode learn more about the inner workings of the game for a more enjoyable post game experience. I’m going to try my best to keep everything simple and easy to follow but forgive me if all my nerd shows.

So, I bought Pokémon X/Y:

Awesome! If this is your first Pokémon game ever, dive on in and start getting messy. The best way a newcomer can play this game is by just catching the Pokémon they think are cool and taking their time with it. The game is especially great for long trips. If this is your return to the series from a previous generation, there are some things that you’ll need to catch up on.

Knowing all of those, dive into a new Pokémon world and start catching and training. There are plenty of Pokémon resources online as well if you need some help with a walkthrough or where to find particular Pokémon or items. Updated type charts are all over as well. Have fun exploring and catching! 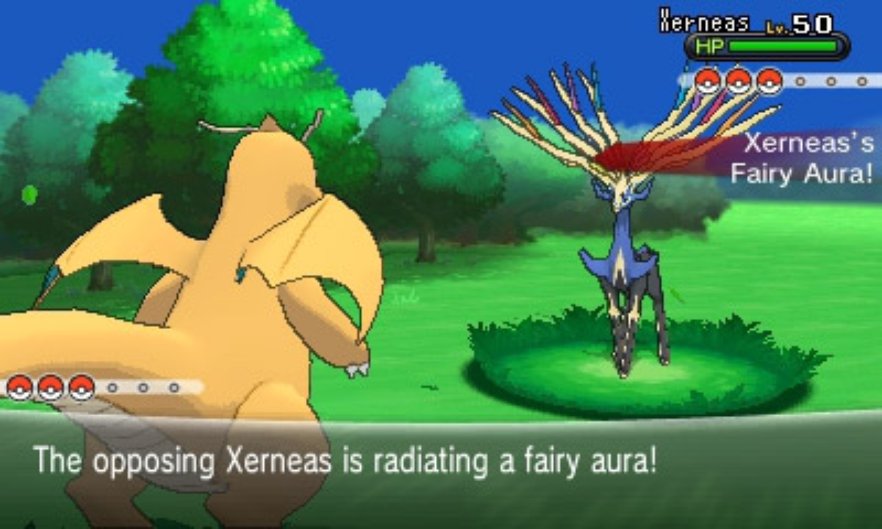 I’ve Been Playing But I’m Having Trouble In Battles:

Part of my speciality in Pokémon is the battling. I’m undefeated in my city. Now, I know a whole heap of information regarding hidden competitive values that will make no difference to a casual player, but there are still some steps you can take to help get the leg up on your most powerful opponents.

First, teach your Pokémon diverse attack types! Most Pokémon can learn attacks from many elemental types. It’s true that using attacks that match your Pokémon’s type makes them stronger, but if your Golduck only knows Water attacks, it can get pretty sticky around Grass or Dragon types. Instead, try to teach that Golduck moves like Psychic and Ice Beam. Now you can hit more Pokémon-types Super Effectively. This can make your Pokémon easier to train and you won’t have to switch as often in battle.

Second, practice makes perfect! Try not to avoid trainers on the various routes and in caves. Pack plenty of healing items and go to town facing all the trainers you can. A Trainer battle yields 50% more experience than a wild Pokémon battle and you also get money.

Third, try using stat boosting attacks! Sometimes all you need is a little more attack or speed to get a win. If you are Pokémon is enduring enough, try to use an attack like Dragon Dance or Agility to get the edge on a battle.

Fourth, make use of hold items! There are certain items you come across that are specifically built for Pokémon battles. The Rocky Helmet deals damage whenever an enemy makes contact with your Pokémon. Safety Goggles protect your Pokémon from Powder attacks as well as Sandstorm and Hail damage. Leftovers heals your Pokémon a small percentage each turn. That’s just three of the many items that can help your carve out a strong win.

Fifth, don’t spread yourself too thin! This game did a great job helping with the leveling curve by modifying the experience share. By that same token, it can still be hard to keep 6 Pokémon in constant rotation for balanced leveling. My suggestion is to maybe start with 4 Pokémon to train. HM moves are needed to navigate the environment but those attacks, except Surf and Waterfall, are all pretty terrible attacks. You can have two Pokémon dedicated to use your HMs while your remaining four Pokémon are built specifically for battle with much more powerful attacks.

All of these suggestions are optional so pick the one or few you think will help your situation and never stop trying. Even losing battles still nets you some experience and insight on how to pull out a win during your next attempt.

How Do I Make a Strong Team?

Team building is a simple process. You can take one of two paths to make a strong team to crack the AI.

The first path is based purely on typing. Say you chose the Grass Starter Pokémon. Since we know that Fire beats Grass, a Water type would be a smart next choice. Water is weak to Electric seek out a Ground type. And so on and so forth until you have a complete team. The great news with this method is Dual-type Pokémon can help to make a team that have no weaknesses.

The second path is based less on types and more on base stats and types of attacks a Pokémon can learn. Let’s say you picked the Fire starter Pokémon. This Pokémon has access to Ghost, Grass, Fire, and Psychic attacks while being high in Speed and Special Attack while being low in Defense. Knowing this, we can pick a Pokémon with a high Defense with lower Speed with access to Fighting, Poison, and/or Steel attacks. This method requires a bit more research and might not be able to resist all kinds of elemental attacks, but will be flexible enough to dispatch threats due to superior stat spreads.

Technically, you can hybrid both paths together to make a team with diverse typing and stats but when it comes to a casual experience, the first method is the easiest. The second path can be more fun for a player who has completed the game and wants a bit more challenging run through.