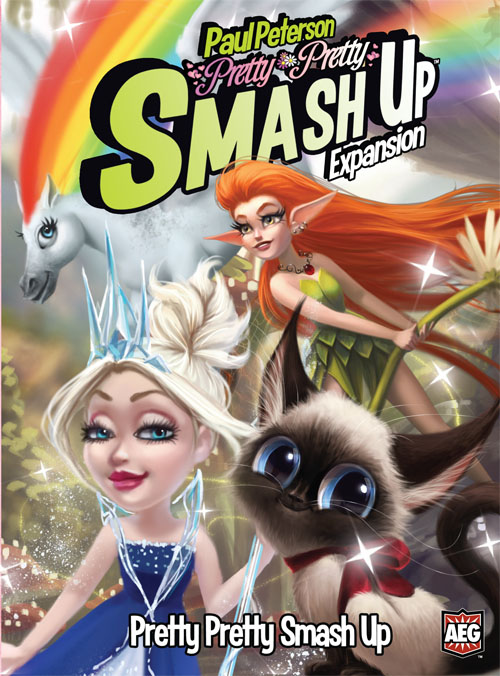 What happens when you are fighting vampire riding dinosaurs with a time traveling bear cavalry? Smash Up, that’s what! Smash Up is a great game of using two completely separate decks to overtake different bases, gaining points with each base collected. The original game came out in 2012 and has a plethora of expansions including “Monsters”, “Science Fiction Double Feature” (including giant ants), “Cthulhu
and the Elder Ones”, “Steampunks”, and the list goes on and on.

Well get ready because Paul Peterson and AEG have a new expansion set to hit the stores in March of 2015. Need a reason to get your girlfriend or lady in your life into games? Feeling nostalgic for the days of Lisa Frank technicolour stickers? Well then the Pretty Pretty Smash Up expansion is just for you! I mean with fairies, mythic horses, and princesses, who doesn’t want to grab this expansion to slaughter you enemies and with these, all your base belong to us.