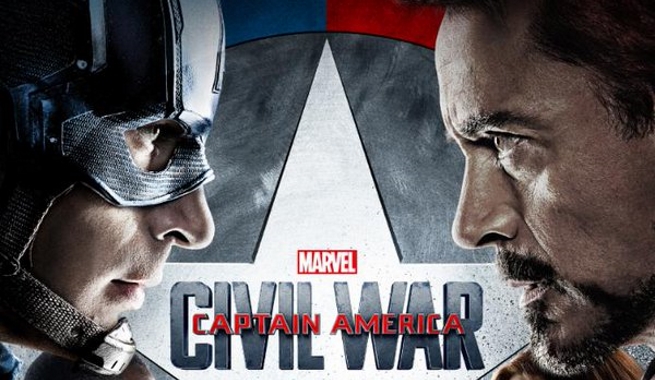 Marvel’s 2006 Civil War comic book storyline was, at the time, a critically divisive work and yet, a commercial success. Retrospectively, the whole thing comes across as kind of stupid. Civil War was an exciting, brutal, incoherent mess; an action story with not much heart, full of an enormous cast that seem to obey no logical thought. So, does the latest Captain America outing manage to rise above its comic book namesake? Is Tony Stark still shadowed by strange fascist undertones? Does Captain America make terrible decisions then continue stick by them for no apparent reason? Is the reason for the civil war just as loose and tenuous? Well, this is one of those times where the film is far, far better than the book.

Spinning almost directly out of the events in Sokovia in Avengers: Age of Ultron, Civil War asks the classic philosophical question ‘how would the world react if a team of superheroes dropped a city on an eastern European nation?’ Not well as it turns out, with the Avengers issued an ultimatum by the United Nations to “come under our control or else”. The Russo brothers’ story feels very much like The Winter Soldier. A large scale action adventure with espionage and political elements and just the right amount of character focused questions. It has the potential to be a dreary slug fest, but they keep the film on its proverbial toes. Just as it starts to slow down, the story kicks of once more and escalates. It’s mightily predictable, but incredibly satisfying.

What is particularly satisfying however is the proverbial ‘civil war’ itself, the conflict between Captain America and Iron Man. One of my real problems with the comic is that both heroes are presented in a kind of ideological split. Despite being friends, there is no real reconciliation between the two because their ideas and beliefs are too different. They must, at a fundamental level, fight each other, which I find bizarre and sort of fatalistic. Civil War however opts for a far less morose conflict with both characters forced to fight by necessity, outside forces and with great regret. It’s only at the very end of the film that there is real anger-driven fighting, and thanks to the rest of the films strong story, it feels perfectly natural.

The action is like-wise, with scene after scene flowing smoothly and fluidly across the screen and car chases to fist fights all being easy to follow. Without giving too much away, a certain scene at an airport is hands down one of the best, most spectacularly choreographed fight scenes in a comic book movie ever. Too often, an action film can be let down by the relentless pacing or poor camera work of its action sequences, but the Russo brothers let them breathe and put real care into the overall progression of them. It makes for a film that is not only exciting, but actually coherent.

Every actor in the cast is in fine form with particular mention to Robert Downy Jr. as an incredibly conflicted Iron Man. I also have to commend Tom Holland as Spiderman. In fact, I have to commend the whole film for creating the best cinematic version of Spiderman to date. Spiderman to me is young, inexperienced, has a bit of wit to him whilst also being the most awkward hero in the group. And Civil War nails it, making me monumentally excited for Spiderman: Homecoming.

Civil War is, above all, fun. There is a certain goofiness to seeing Iron Man and Captain America flanked by their friends about to do battle. But the film really embraces that goofiness, without sacrificing any of its story and it makes for an action packed superhero romp that is not to be missed.