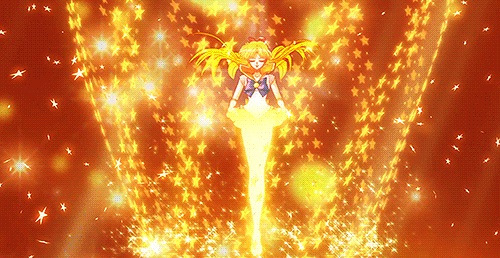 Last time, Sailor V rescued the Senshi, and this week we get her story. She begins by demonstrating that she is in fact Sailor V by putting on her thin little red mask, which apparently completely changes her face and thigh-length blonde hair so that they recognize her. Artemis the white talking cat also shows up, and tells everyone that she’s Princess Serenity (!). 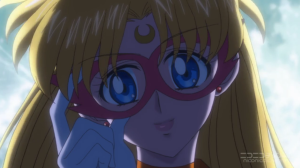 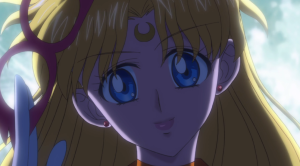 And now you’re telling me Clark Kent is Superman? Whoa.

This is a remarkable departure from the original, which used the “is she the princess?” question in a very different way. I’m excited to see how this resolves.

Zoisite and Tuxedo Mask immediately retreat, Tuxedo Mask by actually running away, and Sailor Moon’s tiara transforms into a crescent that, while a very cool design, seems to be stuck to her head with the same glue that holds Queen Beryl’s boobs in place.

Minako, aka Sailor V, reveals that Usagi isn’t crazy, and that the Sailor V game actually has been talking to her. Minako was behind it, using it to train the other Senshi—which is actually how video games are beginning to be used. Full points for this explanation, it’s pretty clever. 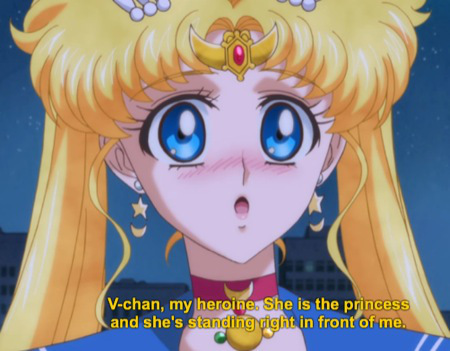 Also, Usagi has another crush.

The five of them go back to their arcade base, and we get more backstory about how Metalia destroyed the Silver Millennium on the moon, and how the Senshi were the ones who sealed her away, albeit imperfectly, so that Beryl could later come and release her. Minako then leaves them, and says a bunch of vague things about memory and her personal mission to a concerned Artemis.

Speaking of memory, Usagi has a dream in which she remembers the name Endymion, and that he was a jerk in the last life, judging by the way he’s hauling her along by her wrist and not by her hand (okay, okay, I know this is a common thing in anime and J- and K-dramas, but still). Still thinking about the dream, she bumps into Mamoru, who says he’s ashamed that he failed to protect her. To my surprise, she doesn’t brush it off. She’s like, “yeah…” and then offers him back his watch. He tells her to keep it, and they blush at each other some more, making Luna very uncomfortable. 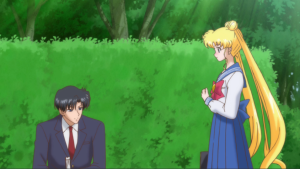 Yeah, you totes fucked it up, lol.

Elsewhere, Beryl and Metalia have another little chat, reminding us that they exist, and then Kunzite shows up. He basically says, “’bout that time then, eh?” and she’s like, “yeah, probs.” I can’t tell if Crystal is acknowledging the formula of having each of the Four Kings try to capture the Senshi and the Silver Crystal, or whether they’re oblivious. I’d like to think they’re nodding to the formulaic-ness of the original.

Kunzite’s plan is to lure Sailor V to Tokyo Tower alone, and even though they know it’s a trap, Minako decides to go. This deviates from the formula of the Senshi being lonely girls who need the others to come into their true power. It says something about her strong conviction to be a princess, who necessarily stands above her guardians (if she believes she’s a princess…more on that later, I imagine), but also about her personality as potentially more aloof and self-sufficient. 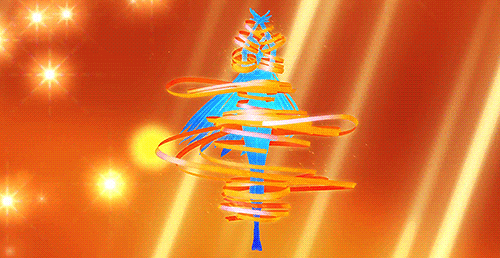 We get Minako’s transformation sequence, which I find the least irritating of the ones in Crystal, and better than it was in the original. She has a brief confrontation with Kunzite in which she dangles the tantalizing “your true self…” and makes him hesitate. (Nephrite’s reaction to Jupiter, and Jadeite’s to Mars, were both a little specific as well, so I’m guessing we’re getting different stories for the Four Kings. Interesting.) That hesitation gives the others time to arrive, and they gently rebuke her for taking on too much by herself. This allows the show to demonstrate that, in her own way, Minako is as lonely as the others were, since she has been fighting by herself for so long. 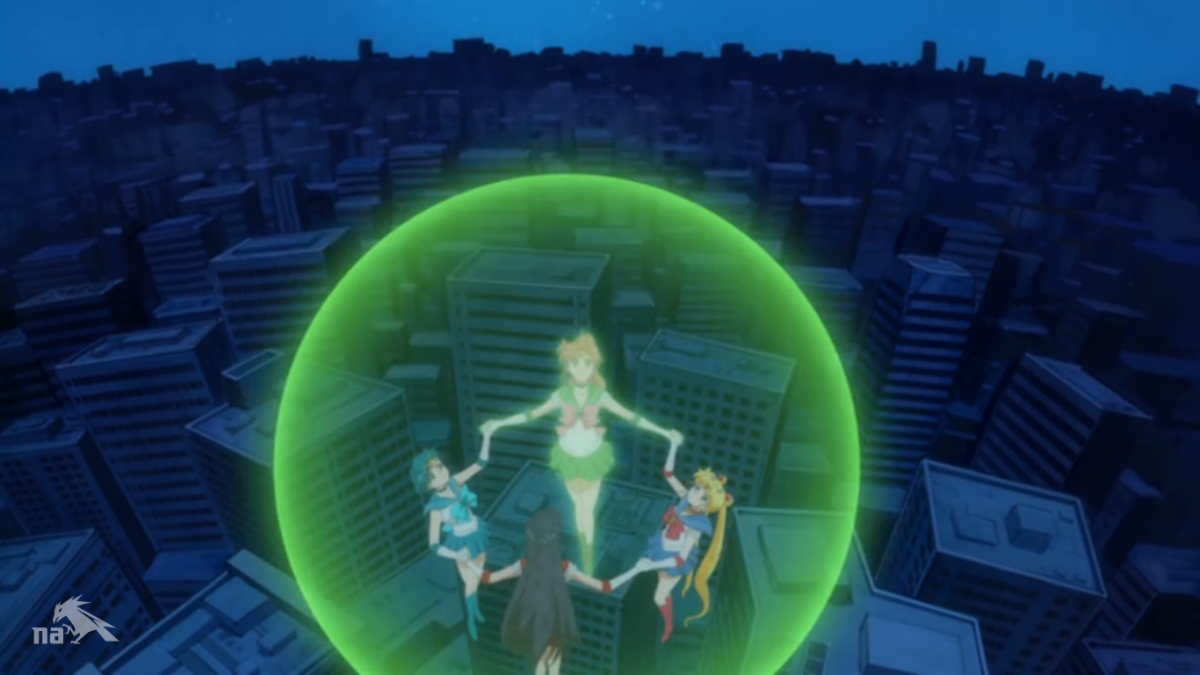 They attack together, and while the attacks are gorgeous, they fail to have any effect, even Sailor Moon’s. Kunzite knocks her off the tower, and Tuxedo Mask leaps to save her. He catches her, and then we get a nicely gender-reversed moment when she urges him to stay safe, tells him sthat she will defeat the bad guy, and then kisses him and leaves him touching his lips in surprise. I approve. 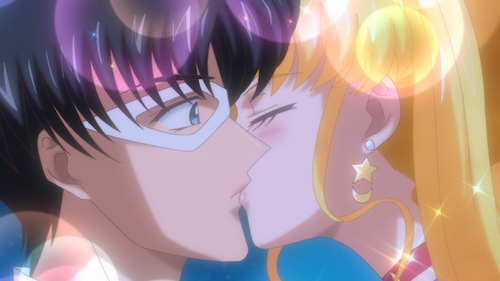 Kunzite is prepared for their renewed attack, however, and just as he unleashes another blast on the unprepared Sailor Moon, Tuxedo Mask takes the blast meant for Usagi. The episode ends on a cliffhanger.

Next week: your princess is in another episode. And body.