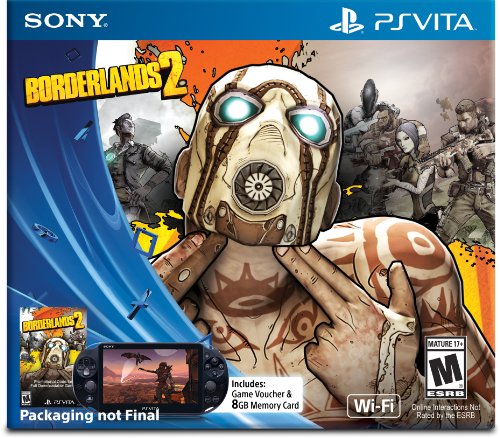 A new “slim” version of the PS Vita was unveiled at 2013’s Tokyo Game Show, and is now available for pre-order on Amazon for $199 along with a downloadable copy of Borderlands 2 and an 8 GB memory card. Amazon has the release date set for May 31, but that date hasn’t been confirmed by Sony.

The new Vita is the PCH-2000 model which is 20% thinner and 15% lighter than the current design and has been available in Japan since October 10. On the down side, the new model has a slightly inferior LCD screen compared to the original’s gorgeous OLED screen. Read full impressions of the new “Slim” over at our friends Polygon.

The PS Vita version of Borderlands 2 will be able to share save files with the PS3 version of the game, and will have four-player co-op. Along with the core game, you will also be able to download six DLC packs including Captain Scarlett and Her Pirate’s Booty, Mr. Torgue’s Campaign of Carnage, the Psycho and Mechromancer character classes, Ultimate Vault Hunter Upgrade Pack 1 and the Collector’s Edition Pack.