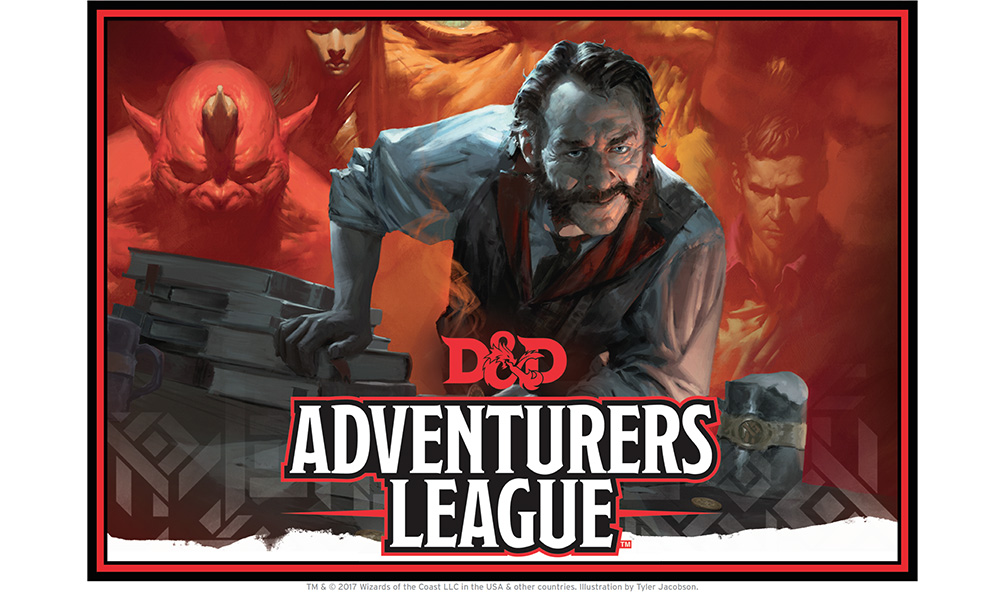 We are currently recruiting DMs to run Adventurers League games

DMs will be expected to run at least two sessions, and will receive a free ticket to GeeklyCon which includes a lanyard and tshirt. Space is limited, and applications received at May 1, 2017 won’t be eligible to receive a tshirt. If you would like to apply, the application can be found here.