Hello, streaming enthusiasts! Go ahead, get comfortable. Grab a seat and maybe a drink, because it’s time for another installation of The Stream Team, a series where I get to write VERY PASSIONATELY about a tv show I enjoy and think you should also enjoy. It’s best if you read this post with my voice and face in mind. Specifically, imagine that I’m talking just a little too loudly and my eye contact is just a little too unwavering. This installation is very special to me, because I get to talk about one of my favorite tv shows of all time: Fullmetal Alchemist! 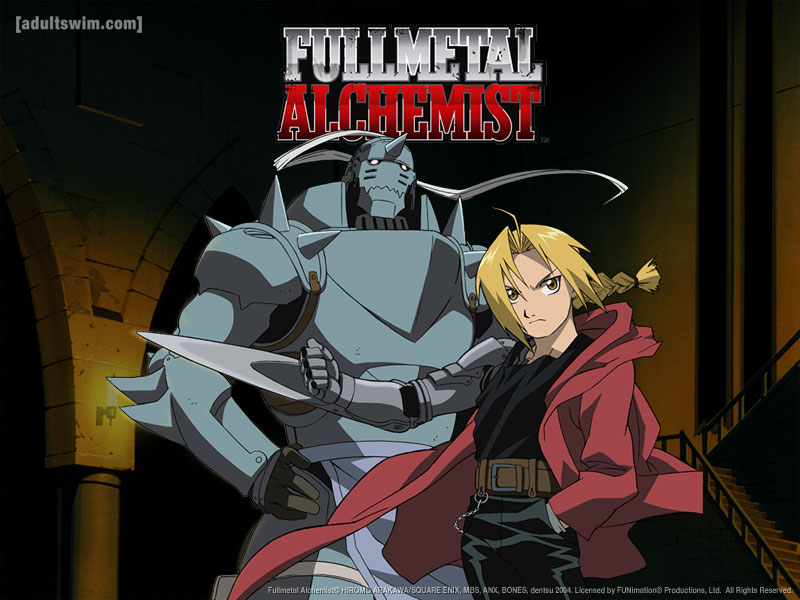 Fullmetal Alchemist is about two brothers, Edward and Alphonse Elric, and their search for the philosopher’s stone, a powerful object that will allow them to circumvent the laws of alchemy and restore the bodies they lost in an alchemy experiment gone wrong. It is based on the manga by Hiromu Arakawa and actually has two versions: Fullmetal Alchemist, which came out in 2003 before the manga was finished, and Fullmetal Alchemist: Brotherhood, which came out in 2009 and follows the ending of the manga. Those of you who are into anime have probably already watched Fullmetal Alchemist, so I may be preaching to the choir. But I can hear the groans from you non-anime people. “Seriously, an anime? Isn’t that stuff, like, weird?” SHUT UP. I DON’T WANT TO HEAR IT. YOU ARE SO WRONG AND LET ME TELL YOU WHY.

Wait, you need reasons in addition to this sparkly, muscular man?

Fullmetal Alchemist: Brotherhood is the first anime I ever watched, and I really only started it because my husband recommended it to me. I think I had the same perception of anime that many non-watchers do – that it’s a cartoon and therefore is for children. It only took me a few episodes to realize that Fullmetal Alchemist was not at all a kid’s show, unless you think it’s cool for children to watch a show that deals with genocide, human scientific experimentation, serial killers, and the violence and brutality of war. Yes, Fullmetal Alchemist does utilize some characteristic anime tropes that people may find silly or dramatic (bishie sparkle, extreme hamminess, tsundere), but I thought these sillier moments provided some necessary comic relief from the often heavy story. After I watched the first several episodes I became extremely invested in the characters and essentially went into a Fullmetal Alchemist fugue. When I finally finished the series, I was unspeakably sad. It was like being woken up from an amazing dream by your stupid blaring alarm clock. The only other time I have felt sad in the same way was when I finished the last Harry Potter book. I wanted magic to be real and I wanted alchemy to be real and I just wanted to hang out with Harry and Hermione and Ed and Al and Winry and Riza Hawkeye forever. 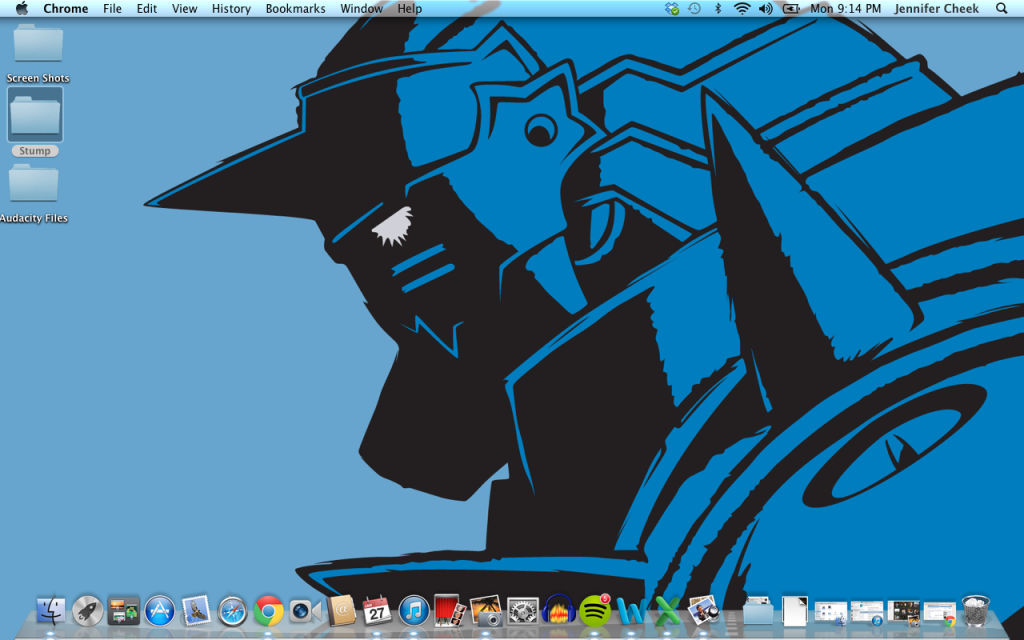 My love for Fullmetal Alchemist is so great that I’ve had this desktop background of Alphonse Elric since November of 2012.

So why am I telling you to watch a show that sometimes made me feel like there was a hole in my heart that would never heal? Because it has some of the coolest and most compelling characters of any show I have ever watched. None of the good guys are perfect, few of the bad guys are fully evil, and everyone has a backstory that changes your initial impressions of them. Additionally, Fullmetal Alchemist does an excellent job of creating female characters and male/female relationships that don’t resort to stereotype. From Winry Rockbell, the girly mechanic, to Riza Hawkeye, the stoic sharpshooter who acts as a bodyguard to her superior and friend, Roy Mustang, the women of Fullmetal Alchemist are integral to the story and frankly, badass.

I mean…look at this chick. Aren’t you simultaneously terrified of and impressed by her?

I also loved Fullmetal Alchemist because of the moral and philosophical questions it tackles. Can a person who has done evil things ever really be redeemed? Can the atrocities of war be justified if your cause is right? What is a human life worth? What makes a human, well, human? Between all the goofs about shirtless muscle men and prickly teenagers, Fullmetal Alchemist actually manages to slip in some pretty heavy topics, things I wanted to think about and talk about long after I finished the show.

Now, given its Japanese origin, Fullmetal Alchemist is obviously in Japanese. If you don’t speak Japanese, you have the option to watch the show either subbed (in Japanese with English subtitles) or dubbed (English voiceover). People have lots of opinions about which method of viewing the show is superior. I’ll just say that when I watched Fullmetal Alchemist a year ago, the dubbed version was on Netflix so that was what I watched, but I have seen subbed episodes and enjoyed them immensely. As of the publication of this article, here are your streaming options for watching Fullmetal Alchemist:

Translation: if you want to start your Fullmetal Alchemist journey by watching the original 2003 version, all of it is on Netflix and Hulu. If you want to watch Fullmetal Alchemist: Brotherhood first (which, honestly, I love slightly more than the 2003 version), you’re going to have to use a combination of Netflix and Hulu Plus to watch it all for free. Luckily, both options are totally worth your time and streaming efforts and I endorse them both whole-heartedly. So, what are you waiting for? Was it one last, excellent Fullmetal Alchemist gif? Ok then…

I refuse to explain the context of this gif. Look upon it and squee!