Today we got our first look at the box art and a computer generated version of the components for the Thunderbirds board game, which will soon seek funding on Kickstarter. 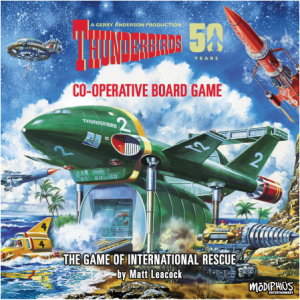 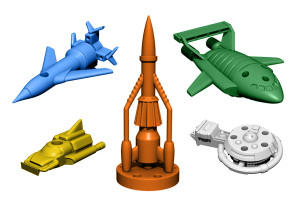 Thunderbirds, is based off the 1965 British television show Thunderbirds. It’s a co-operative game from the king of co-operative games, Matt Leacock, whose resume includes Pandemic, Forbidden Island, and Forbidden Dessert. Leacock also has a Pandemic expansion set to release quarter one and we will be seeing Pandemic: Legacy Season 1 in August. With the buzz behind Leacock I am sure this project will be funded very quickly. Look to GeeklyInc for more details as they emerge.