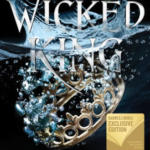 Wicked King – Jude, mortal schemer in the high court of Faerie, is back with a vengeance in this second book of a planned trilogy. Actually, she’s back with several vengeances. Although she controls the High King, she still has enemies to thwart, tormentors to punish, and people she needs to protect. This is, ironically, even more difficult now that she has power, since now there’s a target on her back. Bold, sly, and engrossing, The Wicked King has enough twists and turns to keep you guessing until the last page. Also, it’s extremely sexy. Most YA romance wishes it could be Holly Black romance, twisted and furious and ultimately full of tenderness. But only she can pull off the enemies-to-lovers quite so well. 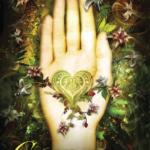 Green Heart – a re-release of two older novels, Green Angel and Green Witch, two books that were previously as long as YA could be, but now, even together, only make a short YA book. Not that Alice Hoffman, prose-poet and literary genius, needs to conform to any standards. She tells the tales of Green, a girl who loses her family but finds the strength of her own kindness, as well as her own small magics with her garden. Whether these magics will be enough to stave off future disaster is up to her, and to the small band she pulls to herself. Hoffman packs keen insight, emotional resonance, and elaborate magical realism into a very small space. Its like a firework, brief and bright and wondrous. 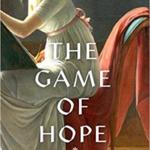 The Game of Hope – a YA novel companion to Sandra Gulland’s “adult” works on Josephine Bonaparte, this features Hortense, Josephine’s daughter and Napoleon’s step-daughter. Despite its heavy setting this book is lighter fare, focusing on Hortense’s crush, her schooling, and her friendships. It also examines the hardships of pre-modern life (illness and death being common), and the particular difficulties of coming of age into post-Terror France (with constant political unrest and collective PTSD from the executions) but without any lecturing. Both a learning experience and a delight.