Unsurprisingly, SFF has been grim lately. The world is a dumpster fire, and it’s invading our art. Inevitable, of course, but if you need a break from The Handmaid’s Tale adaptation, here are three more unusual dystopias to check out. No rebel teen groups, no theocracies, and no zombie plagues. 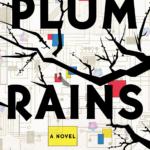 Plum Rains (Andromeda Romano-Lax) – Some dystopias are “far” dystopias, too distant in the future to really see the downward progression from our current moment. Plum Rains is a “near” dystopia, set in 2029, and while we can’t see how everything changed, we can definitely make sense of it. Sayako, a centenarian, is not exactly thrilled with the technological progress, and resists it at every turn. Angelica, her nurse, is not quite so technophobic, but she is desperately afraid when Sayako gets a state-of-the-art android to take care of her. Is Angelica’s job going to be redundant? Will she ever be able to pay off her debts to the mob if she can’t work? But the android is not what it seems, and neither, it turns out, is Sayako. Angelica will have to navigate some very deep secrets if she wants to make a truly new life for herself in Japan. This is a book about trauma, so don’t expect it to be easy–but do expect it to be moving, tender, and oh so worth it. 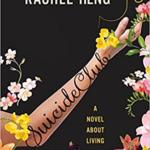 Suicide Club (Rachel Heng) – A compelling if slightly over-the-top takedown of the wellness industry. Lea is a “lifer” whose strict adherence to a prescribed way of life and biological enhancements means that she will live for hundreds of years. But when she (almost literally) puts a foot out of line, the Ministry, which controls access to different tiers of longevity treatments, begins to hound her every move. In trying to prove that she is still a model lifer, she begins to see how narrow her world of nutrient packs and soothing rain sounds really is.

I am willing to believe that a dystopia of wealthy “lifers” exists on the labor of “sub-100s”; after all, life expectancy for the rich is much higher than for the poor even now. I am not quite so willing to accept that Americans will dutifully reject meat, sugar, and all other forms of dangerous fun just because it will help them live longer. We already know the risks of red meat and it doesn’t stop people from indulging (fun fact: Americans eat 50 billion hamburgers per year). Her critique of the Instagram-famous Goop-loving types is on point. Her assertion that transcendent experiences and genuine human connections are more important than long life is compelling. But her insights about the future seems more precious than prescient. 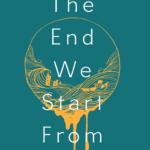 The End We Start From (Megan Hunter) – If you want a dystopian future full of environmental disasters and refugee camps and the breakdown of human relationships that is…not really that bad, honestly, then this book is for you. I’m honestly not sure if this is a criticism, because on the one hand it seems just shockingly mild. It’s also exceedingly English, the novella (this is too short to be a proper novel) version of keeping calm and carrying on. On the other hand, it’s reassuringly optimistic. Not everything goes to hell, and after the initial shocks some things do return to normal. There isn’t a horrible loot-and-murder orgy. Social services manage to do a bit of good. The End We Start From is almost an antidote to the relentlessly grim and violent march of media like The Handmaid’s Tale and the 24-hour news cycle. I didn’t find the writing as poetic as the author seems to think it is, but it certainly was a welcome relief.