What do you get when you put together friends, Indianapolis, and a love for board games? You get a trip to GenCon 2017 – so I made my way to Indianapolis on the weekend of August 18th to meet Nika, Danny, Brad, Steph, and Not-a-Good-Boy-Ben and play board games. I had never been to GenCon before and didn’t really know what to expect; I knew it was a big convention but I underestimated just how big. The cosplay parade was fantastic and so was seeing everyone gathered in one convention center to try out new games! Here are some of the games I tried that weekend: 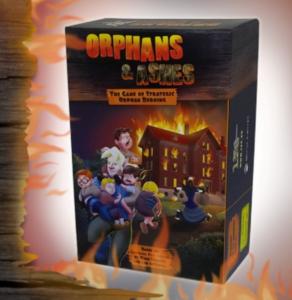 Orphan and Ashes is a tile laying game and it was so much fun!! Basically, an orphanage is on fire and players have to go in to rescue the orphans – each role has its own special ability. But hold on, there are also roles that will try to foil your rescue efforts and the fire itself is a role that can win the game! It was a lot of fun and you should definitely check it out! 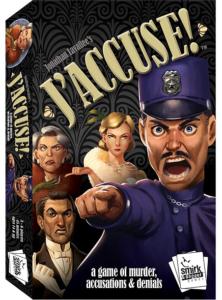 J’Accuse is a card game where you try to avoid suspicion of murder and implicate someone else. No one really wins the game but one person loses when they get J’accused of the murder. Oh boy! I did not like this game at all. Maybe the guy who was explaining the game to us didn’t know what he was talking about but this game did not make sense, seemed too simple, and had no strategy behind it! The only good thing to come out of this game is that we spent the rest of the weekend yelling “J’ACCUSE” to each other. I would stay away from this game. 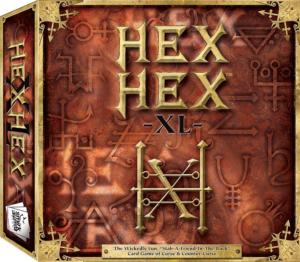 Hex Hex is a card game where you to pass the Hex around, between players. You can send the hex across, to the right or left, split the hex, double it, etc. It was a fun and fast paced game but one I’m not rushing out to buy. 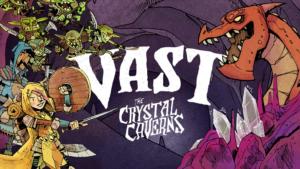 Vast is a tile/board hybrid game, where you play tiles but also play the game on the board in front of you. You can play one of 4 roles – dragon, goblin, knight, and the cave itself. Since it was just a demo, we didn’t have a chance to play the game fully but it seemed to have the potential to be a really fun and interesting game – I would definitely love to sit down and experience a full game play!

I had a great time at GenCon – it was informational and entertaining at the same time! I will definitely be back next year!