The holidays are over, the snow is frozen into grayish piles by the corners, and going outside is just not a very good idea. Here are three books to tide you over until temperatures improve, and hopefully make the winter a little warmer. 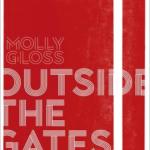 Outside the Gates (Molly Gloss) – This is a re-release and re-formatting of a novella that has previously been published elsewhere, but I’m so glad it’s getting its own edition. It deserves one. This story is timeless and true, about a child orphaned by exile and brought up in comfortable ignorance, until dire circumstances force him to take hold of his own power at last. The writing is extremely potent but understated too, so that you can’t help be be quietly drawn into the world it creates. And this world is both strange and familiar, both archetypal and intimate. It has some of the hallmarks of established fantasy, but makes those standards feel new again. If you have any nostalgia for My Side of the Mountain or Hatchet, this book will be especially wonderful. 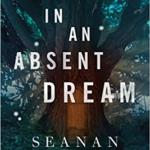 In an Absent Dream (Seanan McGuire) – This isn’t the Goblin Market of Christina Rosetti fame (although I would have loved to see McGuire’s take on such an obviously queer story), just a regular marketplace with lots for sale, provided you give “fair value.” Fairness and worthiness are at the heart of the story, and Lundy and her friend Moon make obedience an adventure and bartering a matter a of life and death. The ending was sad and a little rushed, but since this is a series contracted for at least eight books, I don’t think Lundy’s story is over yet. McGuire is a powerhouse of consistency, and it should be no surprise that if you liked the other Wayward Children books (or any of her other books), you’ll like this one, too. 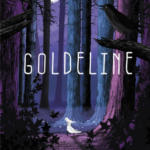 Goldeline (Jimmy Cajoleas) – The hardest part of growing up is letting go of your illusions. Goldeline had to grow up very fast after her mother was killed, but she still harbors a number of illusions about the viability of her career as a bandit and her safety from the Preacher, the man who incited her mother’s death. But when her refuge in the forest is threatened, she’ll have to see through to the darkest truths just to survive. Cajoleas always has thoughtful takes on religion and compassion, and while this is shelved as middle grade, it’s plenty sophisticated and intriguing for a reader of any age.