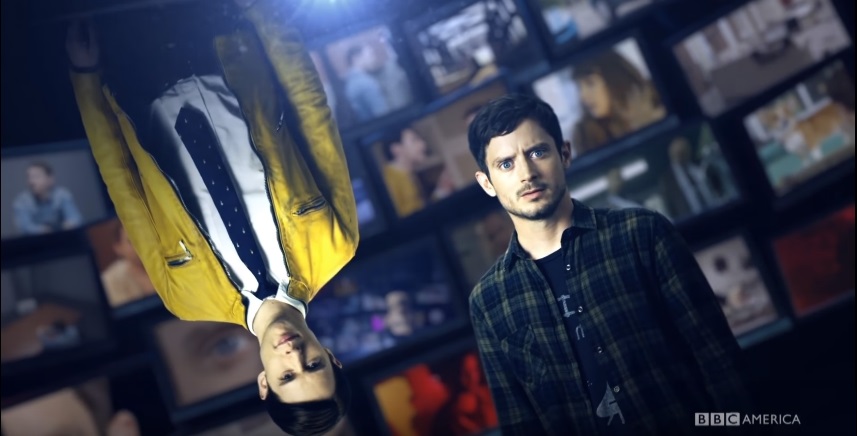 Summing up this show into a tag line is a bit like trying to sum up an LSD trip. It’ll sound crazy to anyone you’re trying to pitch to, but makes perfect sense to you. That said, let’s give it a try:
Todd is a dull, 30-something bellhop at a hotel who one day sees a corgi running down the road.  Later he sees himself with a black eye and giant yak-skin coat standing on the opposite end of a hotel hall. Still with me? Enter Dirk Gently, who believes “everything is connected” (get used to hearing this phrase), and runs into the hapless Todd after breaking into his apartment with vague notions of the two being best friends.

Haven’t given up yet?

Add in a cult of fanatical, dull-eyed men with scalp tattoos, a kidnapped bodyguard being held hostage in the rooms above Todd’s, an assassin with fate on her side who kidnaps a witless hacker, Todd’s sister who has a disease that makes her hallucinate life threatening events, two detectives that know something is up but can’t quite figure it out, and a shady government agency, hell-bent on collecting some of these characters. Oh, and the Rowdy 3 (who are actually four) psychic energy-vampires with baseball bats. 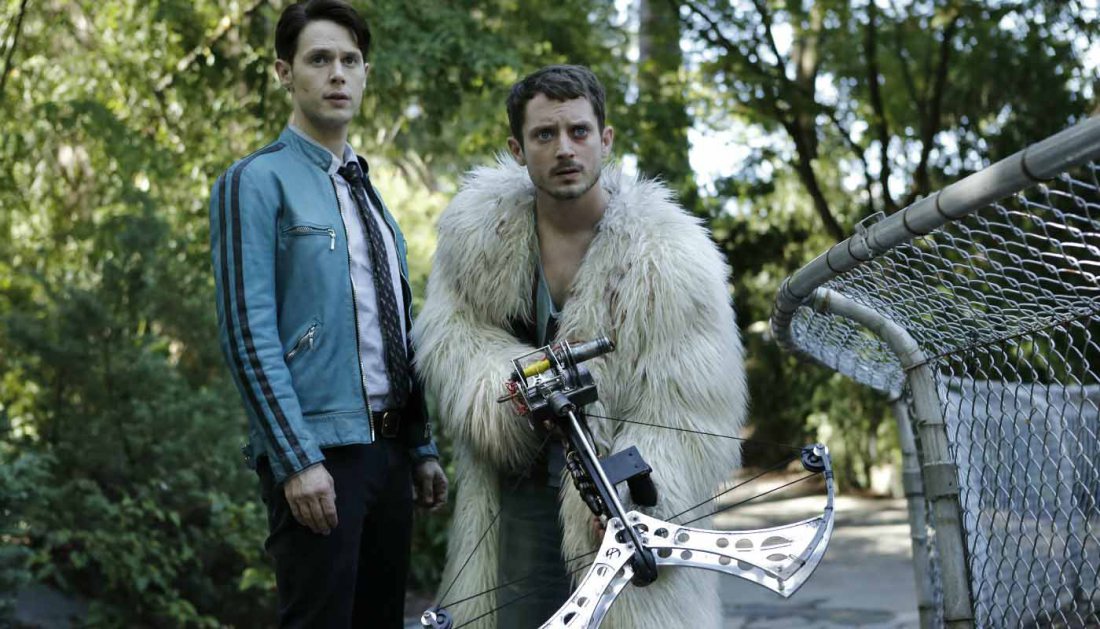 If you’re still here, just trust me, give it a try. Based on the novel by Douglas Adams, author of Hitchhikers Guide to the Galaxy, it showcases the indelible wit, weirdness, and bizarre characters that Adams is known for. There is also the original production from UK BBC (much like how we brought “The Office” to America), which started airing in 2010 in the UK.

The plot unravels itself to the viewers throughout the 9 episode arc, not leaving you with Lost-like feeling of confusion, but clearing up mysteries in ways that make the viewer go “That’s what that means!!”.  It’s very satisfying, and also ends on an exciting cliffhanger.

It’s funny, fast-paced, and has a large cast of well-written characters. Best of all, it’s promising a second season due out in 2017.  For those interested, you can access BBC America for your viewing, or you can get it on YouTube Red, iTunes, etc. For those in Canada and the UK, it’s available via Netflix.