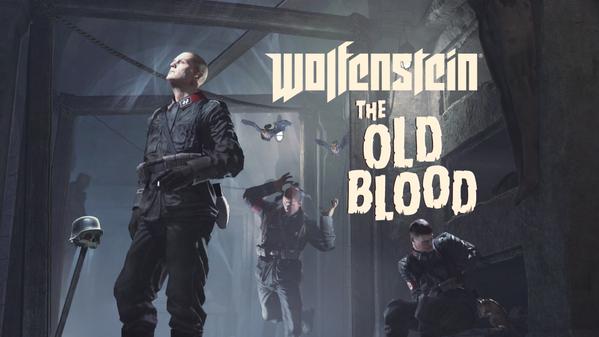 The Old Blood takes place in 1946, with the Nazi war machine inching ever closer to victory.  Take control of perpetual protagonist, B.J. Blazcowicz, as you fight your way through hordes of Nazi’s in two distinct geographies. In part one, Rudi Jäger and the Den of Wolves, you’ll return to notorious Castle Wolfenstein as you search for clues as to the whereabouts of General Deathhead. Part two, The Dark Secrets of Helga Von Schabbs, has Blazcowicz travel to Wulfburg where he will encounter a ne’er do well Nazi archaeologist.

No word yet on how long this exciting DLC will take to complete, but you can check out the trailer here. For those of you going to PAX East this weekend, Bethesda and Machine Games will be showing gameplay on both March 6th and 7th at 10:30 ET.

Are you as excited as I am for another Wolfenstein adventure? How awesome are those chapter names? Let us know in the comments below or yell at me via twitter @patrick_rankin. Until next time, stay Geekly my friends.