The Cosmere, the interconnected universe in which many of Brandon Sanderson’s fantasy books reside, has been licensed for film with DMG Entertainment. The first in line to be adapted to film is the first book of the Stormlight Archives series, The Way of Kings, with screenwriters already being sought for the first Mistborn book, The Final Empire. While a licensing deal is no guarantee a film will see the light of day, as Sanderson’s peers Patrick Rothfuss and Scott Lynch can attest to, the deal is unique by the fact it is licensing a vast bibliography of books of multiple series rather than just one. 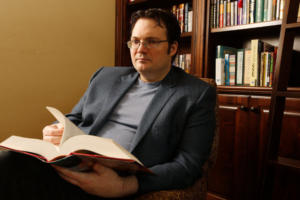 Prepare your hearts, Sanderson fans, because adaptations come with sacrifices. Sanderson openly admits he is “not good at brevity“, having written many books over four hundred pages long, with the hardcover first edition of The Way of Kings reaching a thousand and one pages. Two of the greatest hurdles for any adaptation of a book is time and money.  There may not be enough time to film your favorite scene or enough money in the budget to cast your favorite character. While films usually have bigger budgets than television, you can look to HBO’s Game of Thrones for a prime example of the kind of condensing that is likely to take place in order to keeping the running time low and within the budget. 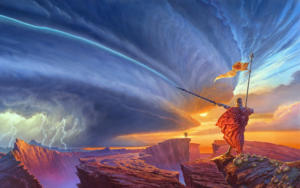 Those are the pragmatic changes one can rationalize when watching an adaptation. This isn’t including the human factor. Though Sanderson makes it clear in the Variety article that DMG are fans of his work and while he is excited to work with them, it doesn’t give them the vision for the Cosmere as Sanderson. The written word is multifaceted. See any three different productions of any Shakespeare play for a proof. Then there are the screenwriters, the screenwriters who take another pass at the script afterwards, and the director who interprets  the screenplay. Oftentimes, when we’re talking about a movie, it is the director who we associate with the creative vision of the story. Corey Olsen, known by the moniker The Tolkien Professor , discussed this on his podcast on the subject of changes made to The Hobbit: An Unexpected Journey.

“I’ve often said a movie is different from a book. The first thing you have to keep in mind when you are going to see a film adaptation of a book is you’re not going to see a book on screen and it’s not fair to evaluate the thing you are seeing as if it were simply a transposition of the book on screen. It’s not a translation. It’s an adaptation. It’s a retelling. This is another version of the story. This is not Tolkien. This is Peter Jackson’s retelling of Tolkien’s story on screen and those are two different thing. You have a different person telling the story and you have a different medium in which the story is being told.” – Tolkien Chat 12: Adaptation and the Hobbit Movies.

So we’ve prepared ourselves for change. The book isn’t going away. It is still there, sitting on our shelf or stored on our eBook library. With the negative out of the way, we can move on to the positive parts of this deal. A film version of The Way of Kings has the opportunity to bring epic fantasy books that are not Middle-Earth back into theaters. The majority of current sci-fi and fantasy films being adapted from books fall into the genre of Young Adult such as The Maze Runner, The Divergent series, and Fantastic Beasts and Where to Find Them, with epic fantasy series like Game of Thrones, American Gods, and the Shannara Chronicles finding homes on television. With Stephen King’s The Dark Tower and Sanderson’s The Way of Kings coming to theaters, this may open a gateway for new and diverse fantasy films. 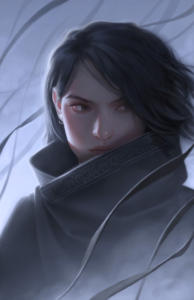 Diversity in film is another hot button topic The Way of Kings may bring some positivity to. Roshar, the planet in which The Stormlight Archives takes place is rich with different cultures. Sanderson takes great pride in his worldbuilding, filling Roshar with people of many diverse ethnicities and cultures. 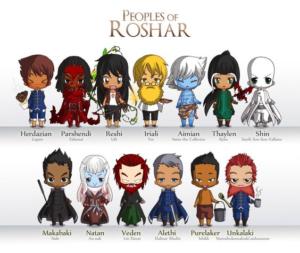 This leaves an opportunity for diverse casting. Sanderson, replying to a thread on Reddit, describes the Alethi, who fill out a large portion of the main cast so far, as being modeled by “half-asian / half-arab or half-asian / half-polynesian” people. To us, Alethi “look like a race you can’t define” because “we don’t have them on earth.” This strays from the beaten path of fantasy being based upon Europe in the Middle Ages. 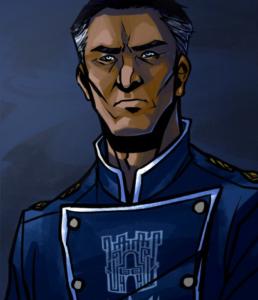 You can let out a sigh of relief if you’re worried about the the films catching up to the books before they finish releasing. There are already ten novels released within the Cosmere universe as well as short stories, novelettes, novellas, and graphic novels. Once The Way of Kings film is released, the next in line can be the first Mistborn book rather than jumping straight to Words of Radiance. If extenuating circumstance delay both a second Stormlight Archives and a second Mistborn film there are currently three other books in Cosmere, Elantris, Warbreaker, and White Sand, to fall back on. The other part that will put your mind at ease, as his fans and his peers will reassure you, is Sanderson is an exceptionally quick writer. His original goal for the Stormlight Archive was “one book every eighteen months” which is extraordinarily fast for a thousand page epic fantasy novel but even when that outcome began to look unachieveable the third book, currently titled by the author Oathbringer, will arrive two and half years after the second. Part of what has endured his fans to Mr. Sanderson has been his upfront nature about the publication dates of his books.

So the bad news are that a licensing deal is no guarantee these movies will ever see the light of day, change is inevitable before it even begins production, and the people involved may have a completely different vision for the story than readers have always imagined. It’s fine. Sanderfans have prepared themselves. On the brightside, this a great opportunity to bring the epic storytelling and worldbuilding back to movies, cast a diverse group of actors and actresses, and the likelihood of the movies overtaking the books is relatively small. Here’s hoping more news is inbound in the near future and this is only the beginning for other fantasy novels to be brought to the theater.