Sometimes children go to fairyland. Sometimes they fight monsters, and save kingdoms, and do a bit of growing on the way. And then sometimes, they come back.

Eleanor West’s “school” is a place where they can go when their families think them deranged or badly in denial. It’s run by a reject of fairyland, and she does not permit her charges to think themselves insane. But neither does she give them false hope: very few of them will ever make it back to those magical realms. Very few, having found a door, will ever find another.

Into this not-quite-a-home steps Nancy, who has been practicing stillness and silence in the halls of the dead. Her fairyland, like all the children’s fairylands, is not quite the usual elfin forest we might expect. There are insect realms and nonsense places and cruel gothic castles, and as many other places as would suit a person. 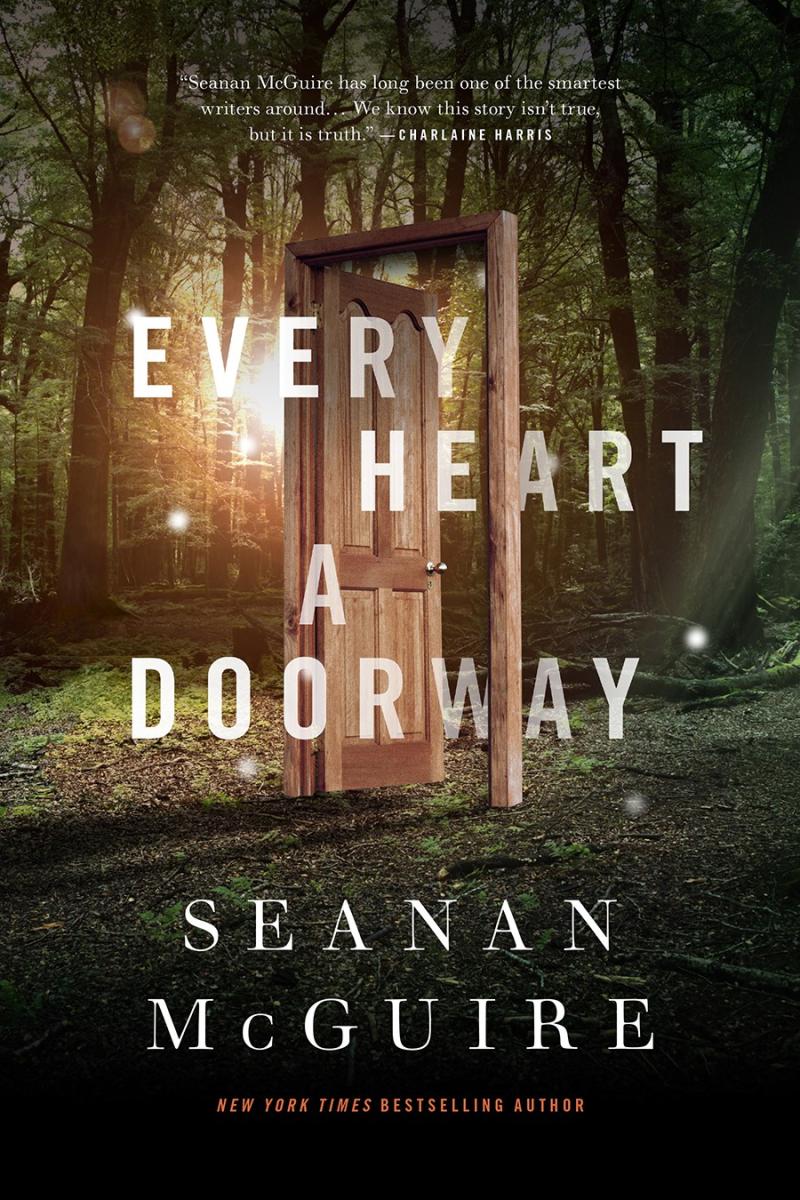 The individuality of these realms is not something I’d previously encountered, but it makes a comforting sort of sense. In infinite worlds, surely there’s a place you belong, you specifically. And not only do you belong there, but you’re cherished as an individual of great skill, since your natural gifts are what align you with the place to begin with. It’s a nice fantasy. I don’t mean that snidely: it is a nice fantasy to think that there’s a place where you can be just as shy or mean or wacky as you want, and that alone will make you succeed.

Succeed, at least, for a time. But it seems a cardinal rule that children must be sent back. They must have a choice on the edge of their adolescence. McGuire was surely thinking of Narnia–and indeed, she mentions it once or twice in the narrative–and the wretched non-choice posed to the Pevensie children, to either live as secular sinners or die and enjoy Christian heaven by another name. McGuire’s choice–between being most yourself or trying to make it in a world that doesn’t really accept you–also seems obvious, but only at first. But you also begin to see where that desire frays into self-indulgence (at best) or outright megalomania (at worst). Sumi may be incisive and delightful, but she’s also flighty and self-absorbed. Jack and Jill may be darkly romantic, but they’re also complicit in murder and desecration and don’t see why they should have empathy for people not useful to them. And all the fringe characters, especially those who went to more typical fairylands with glitter and honor, are unable to see the value in darkness or other thing they find strange. These children do have more growing to do–but then again, that’s only according to our rules. Are those rules really better?

McGuire doesn’t beat you over the head with these ideas, but she does leave plenty of room for reflection once the story comes to an end. I share the perplexity of many reviewers who found this novella rather…short. Obviously a novella ought to be short. But following a leisurely and elegant intro, the story abruptly shifts gears in a very bloody way. And then, once that plot gets underway, it ends quite abruptly as well. Not unsatisfyingly, mind you. It’s quite a neat little mystery, and I was pleased to find that I was wrong in my initial suspicions. (It’s always nice when you can’t guess the guilty party.) But this novella really seems like it ought to have been a proper novel, with time to get the pacing right and time to let the mystery and tension unfold.

The somewhat Happily Ever After feels a bit unearned after all that came before, tying up the book with a bright red bow. It was disappointing not because I wanted the characters to suffer, but because I wanted the possibility of more. It’s not a bad criticism to earn when people say your book is too short, that they wish they had more time to get to know the people and places you invented, to relish your turn of phrase. It is a criticism all the same, though. If you do pick this up–and you ought to, it’s so lovely on top of being very clever and cool, the writing just right for both beauty and horror–you do need to be aware that it may not progress as you’d like. But once you start, you’ll realize it isn’t such a hefty price to pay, not when you get a fairyland of your own for a little while.

Every Heart a Doorway will be released April 5.