My job takes me all over the nation. Sometimes I’m chatting with auto-workers in the Great Lakes region, others I’m standing in the plains of southern Oklahoma talking to some fella about oil patch work. With few exceptions, the conversation starts with the decline in skilled labor, circles to the price of metal, before ultimately coming to the following exchange. “Wow, Patrick, you sure are tall, handsome, and also cool. I’ve heard you have awesome hats. You’ve given me such great advice. What I really want to know is…what are the rad video games?”

I tell these folks the same thing I’ll tell y’all, all of them. All of the video games are rad. Sometimes, however, you have to go into the past to find one that really speaks to you. 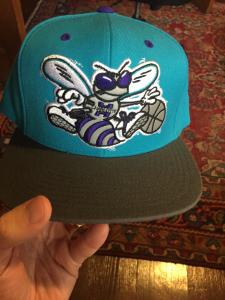 picture of cool hat as proof of aforementioned cool hats.

As we find ourselves in the late Q1 early Q2 annual dearth of new games, I decided to head into my backlog to see if there was anything I’d missed out on in the last 15 months or so. Lo and behold, The Evil Within still sat on my shelf, unplayed. With nothing in the near future demanding my attention, I decided to give it a whirl.

With limited time before newer games arrive, I decided to play the game on the “casual” setting to get a sense of story and zip through the campaign without frustration. The nice thing is that, while not difficult, ammo is still quite scare on this setting and has really made me question whether it is worth it to gun down the enemies I encounter or sneak/run past them. The casual setting allows me to progress at a nice clip while still offering challenges here and there. The boss fights can still present a test, while not being too maddening. The story on the other hand is, murky at best.

The main goal, as I hinted at in the paragraph above, of my Evil Within play through was to get a tight, linear experience with a compelling story. Maybe the story is compelling, I wouldn’t know. I thought Dark Souls/Bloodborne were alone in how obtuse their story telling is. Well, Evil Within certainly took a page out of the FromSoftware playbook here. I’ve played well over half of the game and still have no clue what the hell is going on. I know the main character and player avatar, Sebastian, looks like Jamie Lannister’s brunette brother and wears a vest. He has a friend who also wears a vest, named Joseph. Only Joseph also wears cool leather gloves. 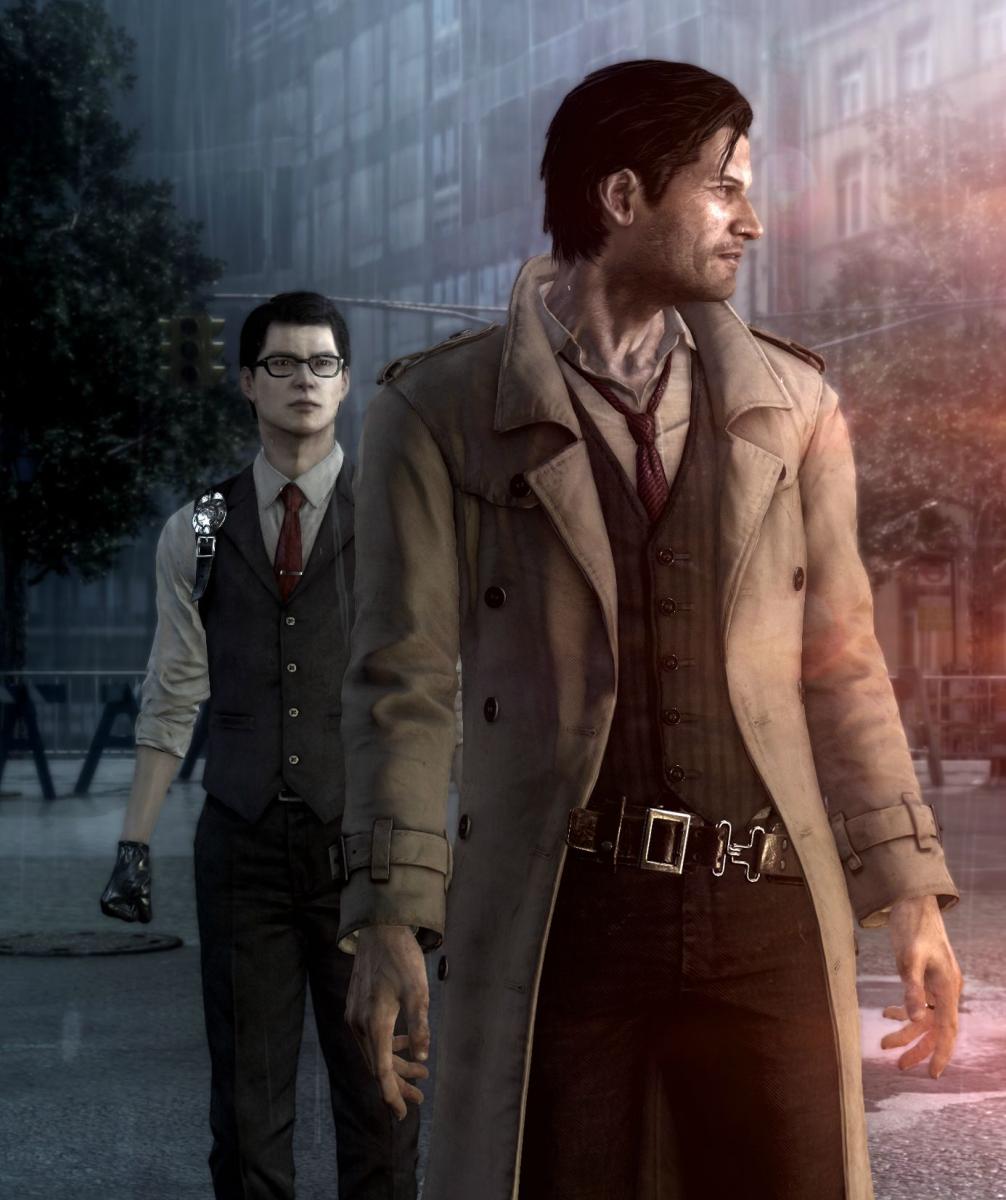 If you image search Sebastian and Jospeh, The Evil Within, you get some real aggressive, yaoi,fan fiction pictures.

It seems like this is going to be a pretty straight forward spook fest. The game opens with our man Seb and his pal Joseph, the gloved one, investigating a hospital where a rude dude has run amok. It’s a blood bath when you open those doors, bodies everywhere. Watch some security footage, see some super natural stuff, ghost man pops up behind you. Fade to black. You wake up in the basement/human butcher shop where a slop monster is chopping up fresh corpses. Full disclosure, I died a ton here because I didn’t realize the glowing object near the butcher table was a set of keys, I thought it was a lamp. That’s on me. 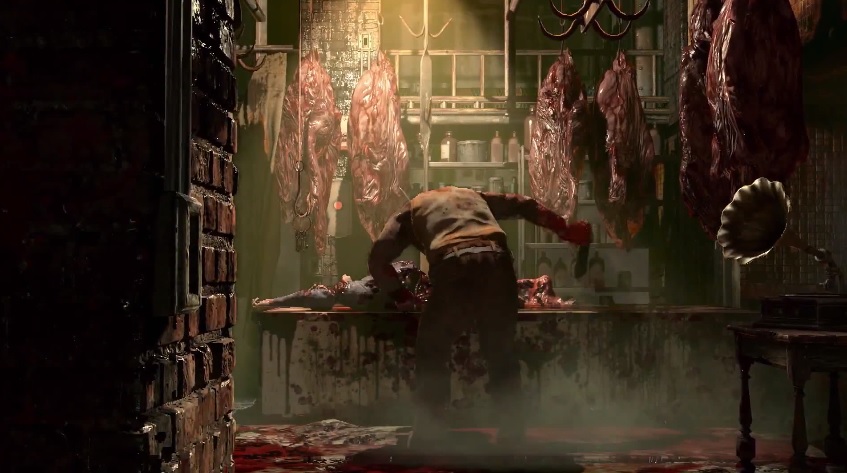 there they are, on the hook to the left.

Anyway, you free yourself from this basement and get a cool credits scene. Finish running through the hospital and get outside, free from the meat man and rude dude ghost boy. Nothing makes sense from this point forward. I guess the meat boy and ghost man decided to cause an earthquake? Either way, you hop in an ambulance and THE ENTIRE CITY crumbles and is swallowed by the earth. The ambulance jettisons off a cliff, but it’s cool, everyone inside survives. You gain control of Sebastian in some spooky woods.

Before too long there is an outhouse you stumble into as warbled music bleeds from a cracked mirror, which is totally normal. You get sucked into the mirror and end up in a derelict mental hospital. I’m not sure if this is the past, present, or in my characters head as there is no real context as to what’s happening. There is a nurse, who while polite, couldn’t be less interested in her job or my well being. This weird hospital area acts as a safe house. There are these cracked mirrors through the game that you can jump into and save. You can also level up your stats in this place by sitting in an electric chair and injecting yourself with globules of green goo you siphon from the corpses of your enemies. 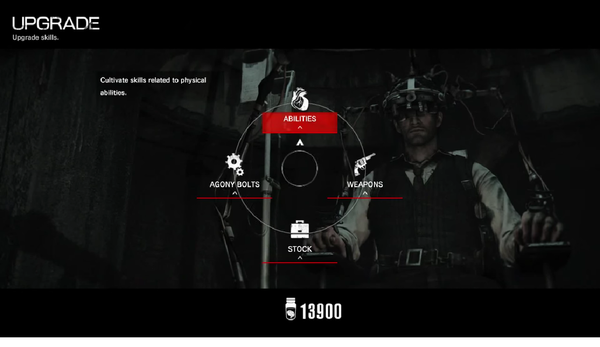 sitting in the slime chair

I could go on, but I’ve confused myself even more just trying to explain it. All that being said, I’m having a blast with this game. I love the environment, the boss fights, the ammo scarcity etc. The game is gruesome, the death animations have made me uncomfortable more than once, and some of the boss characters are truly terrifying. If you are looking for a quick game to play before the big console releases this summer, give Evil Within a whirl. Regardless, please watch the video of this delightful asian gentleman record the sound effects for the game. If we all loved our jobs this much.

Until next time, stay geekly.