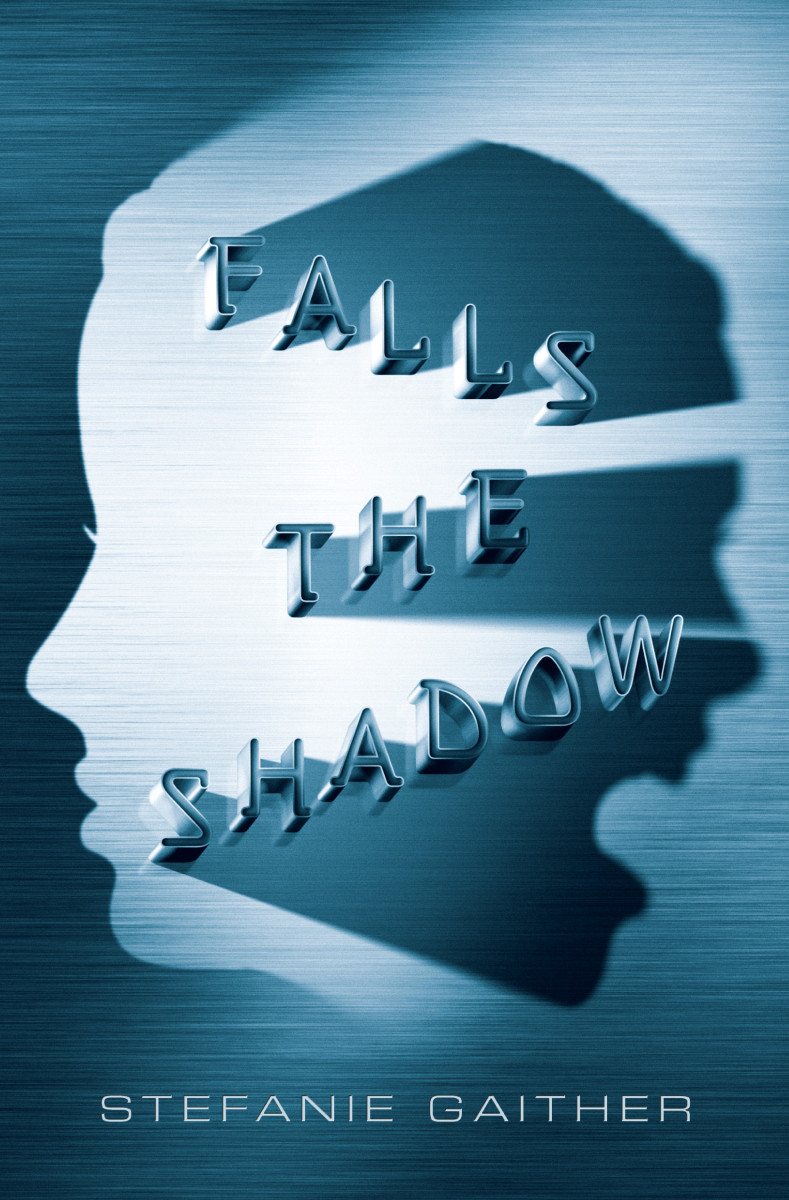 I found this book when looking at examples of query letters. Stefanie Gaither’s was held up as an ideal pitch. I recommend reading the full critique, especially for any would-be writer. The blurb, in her own words:

When Cate Benson was twelve, her sister died. Two hours after the funeral, they picked up Violet’s replacement, and the family made it home in time for dinner and a game of cards. It’s the year 2055, and Cate’s parents are among the wealthy elite who can afford to give their children a sort of immortality—by cloning them at birth. So this new Violet has the same smile. The same laugh. That same perfect face. Thanks to advancements in mind-uploading technology, she even has all the same memories as the girl she replaced. She also might have murdered the most popular girl in school.
She sold her agent, and she sold me.

Between the idea
And the reality
Between the motion
And the act
Falls the Shadow
T.S. Eliot

We meet Violet once in the prologue, and then not again for more than a hundred pages. We know her only through Cate’s memory and the rumors that swirl around her. Everyone has a very definite opinion of her, which makes her a figure of almost mythic proportions by the time she does show up. It’s a neat trick and a brave one, letting a central character function less like a character and more like a black hole, letting everything revolve around her without giving her so much as a line of dialogue.

Cate is hidden too, but only from the other characters. To the reader, she opens up about her tense family situation, with her politician parents so committed to their roles that they’ve begun stonewalling and sound-biting their children, and her sister rebelling and running off at every opportunity. She longs for anonymity, since her famous (or infamous) family only gets her bullied at school. Conversely she also longs for the spotlight, to make her own mark instead of inhabiting the chaos that others create around her. Complex and conflicted ambivalent about that complexity, Cate provides excellent insights into this world that Gaither has created.

The middle is where it starts to sag. A lot of ink is spilled over Cate’s dithering over whom to trust, but with some odd conclusions. She is understandably ambivalent about her sister’s clone, but she is also of two minds about her crush Jaxon, whose family, in a Romeo-and-Juliet twist, is aligned with the opposite end of the political spectrum. The city is divided over the practical and moral implications of the clones, and while Cate’s sister puts her uncomfortably in the “pro” category, Jaxon may have different ideas.

The romance is fairly well done, with the charismatic male lead drawing Cate out of her shell. They have a good rapport, and their chemistry is strong, but the situations in which they find themselves are a little forced. At one point, Cate runs from the CCA, the menacing group with which Jaxon is potentially aligned, only to agree to go off alone with him and his gun-toting CCA brother who hates her. She’s by no means stupid, so why take these risks? It seems that this book wants to be two books–an adventure of a girl with her crush, and a techno-thriller about a girl and her sister’s clone–and the combination is a bit forced.  There’s nothing inherently wrong with pairing them, and they should be an interesting match, but they never quite click. The dissonance between them becomes distracting as the book goes on, jumping from life-or-death struggles to crush-related jitters and then back again.  Gaither tries to make them of equivalent value by shading those jitters with darker political implications, making everything a matter of trust. This flattens some of the emotional complexities, and shuts down a lot of potentially interesting conversations in favor of Cate deciding she will or won’t trust someone–and then changing her mind and feeling betrayed (repeatedly) when more information comes to light. A little more skepticism from someone raised by politicians would be nice.

Still, Gaither plays with our trust in tropes to set up an interesting twist–or lack thereof. We think we know who the bad guys are–they’re the ones who who harass and persecute Cate and her family. It’s jarring when the real villains reveal themselves, and the protagonists find themselves between a rock and a hard place. This is much more morally grey than you usually find in dystopian YA, with virtually every adult serving as a threat rather than a refuge, including every character’s parents. These secondary characters are a tad too convenient (one just happens to have a large cache of illegal firearms) or one-dimensional, but it’s not hugely concerning. Gaither does try to infuse them with as much personality as possible, and in future books (this is her debut) I’m sure she’ll integrate Chekhov’s arsenal a little more seamlessly. I also expect more philosophizing from her in the future–I get the sense that she’s holding back for fear of getting too technical, but I welcome her forays into the theoretical. Her prose is clear and compelling enough to really bring her ideas to light, and her characters are well-equipped to explore the conundrums of the world she imagines. In the future, she should let them.