Hello! I’m back, once again, to give you my first impressions on an Anime that Transformation Sequence likely won’t have time to cover in full. As a reminder, what I consider a first impression of a show is watching the first three episodes. This gives the show time to introduce the world, the characters, the driving plot, and the antagonists. This week, I want to talk about Tonkatsu DJ Agetaro.

Tonkatsu DJ Agetaro follows the life of a young man named Agetaro, who lives in Japan with his family at their tonkatsu shop. He lives a rather lazy life with little motivation to do much of anything. After a fateful night of delivering a bento box to a club owner in Shibuya, Agetaro is introduced to ‘club life.’ In the club, he hears the best DJ in the world start spinning records and is inspired to not only be a DJ, but the best tonkatsu chef as well. 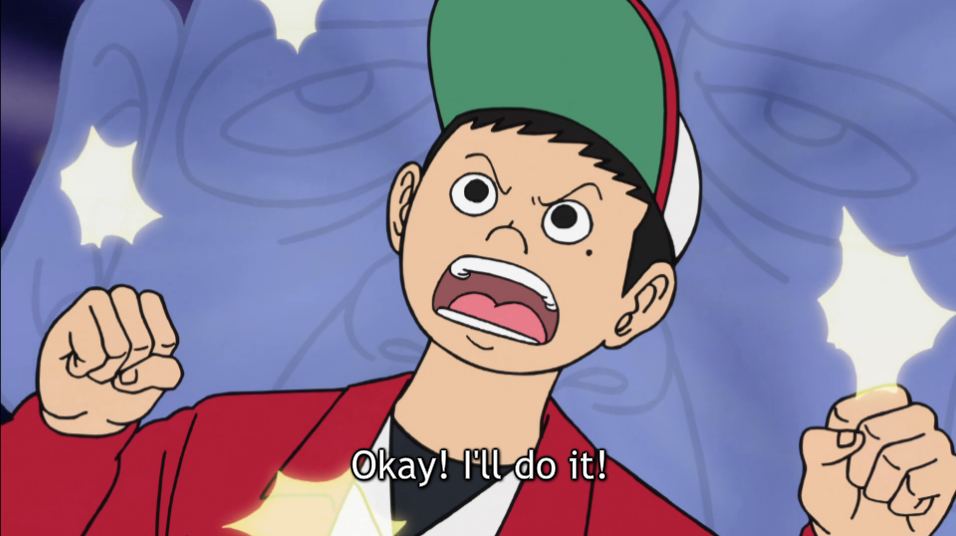 The first thing you will notice about this show is it’s art style. It’s a kind of controlled sloppiness that I actually appreciate. It’s nice to see some hand drawn shows take some risks, even though I’m sure it’s computer assisted in some way. Some people might find how jittery the animation is to be a turn off, but I thought it injected the show with that much more personality, and even more so, reflected the tone. Each character has a unique design that is cool without being so over the top, like a lot of anime’s tend to go for. 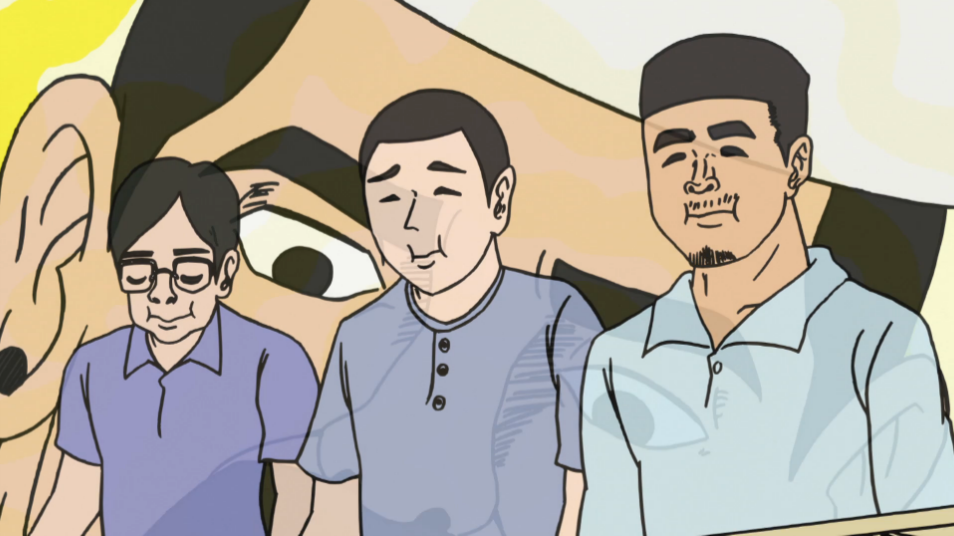 The two real stand outs on the show though are the humor and the music. This show is hysterical and cute. Agetaro is a teenager so everything he discovers and tries is the biggest deal to him, and it made me laugh every time he tried something new or had a new experience play out for him. The supporting cast is great too. They add to the humor and carve their own place in the story without detracting from Agetaro too much. Something else I appreciated about the supporting characters is that no one tell Agetaro he can’t accomplish his goals. They may give him a hard time for being a dork, but they never tell him to not follow his dreams. 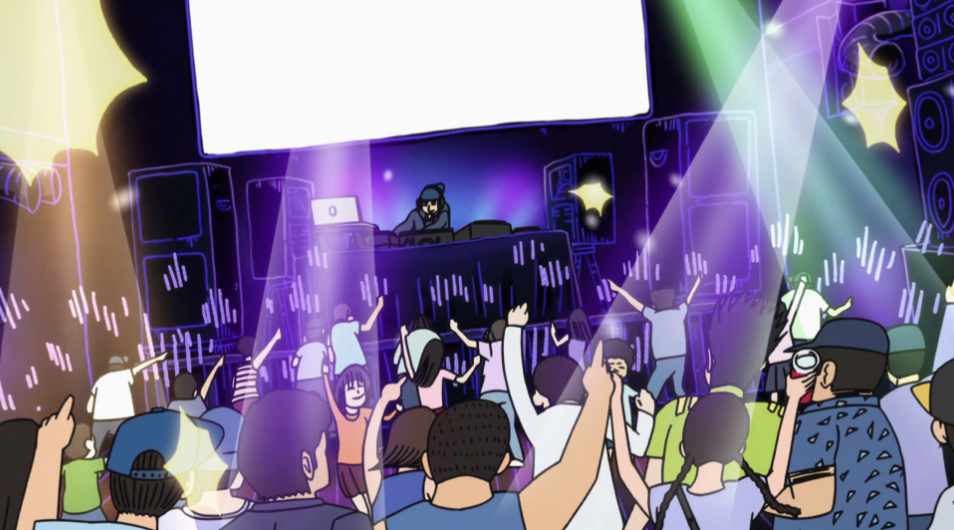 And the club is Jumpin’, Jumpin’

On to the music. For a show about becoming a DJ, I had high hopes for the tunes, and they did not disappoint. While I don’t recognize any of the tracks they use, I was getting serious Jet Set Radio vibes and that is for the best. It strikes a good balance of being able to be danced to, while also allowing for you to just sit back, chill, and enjoy the sounds. I hope they release a soundtrack at some point for this show because it would be quite choice. 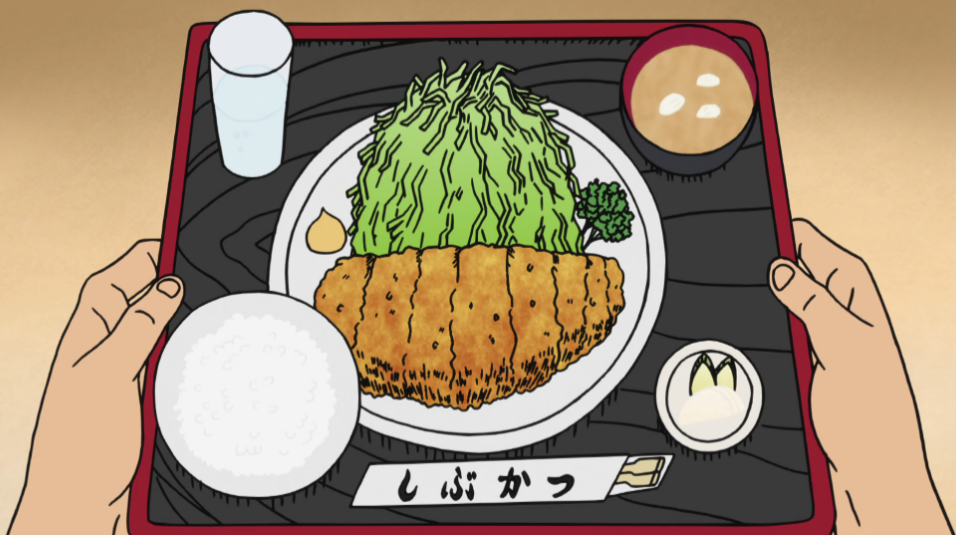 Too Good for this Earth

Overall, I would say absolutely give Tonkatsu DJ Agetaro a chance! Between it’s unique art style, sense of humor, and bumping tunes, you have on your hands a real winner. Also, each episode is only 9 minutes long, so even if you somehow don’t like the show, you won’t have wasted too much of your time. Thanks for reading, now, if you will excuse me, I must find the nearest place that serves tonkatsu.